I read in a story about Frank Sinatra once that he was shooting a  film and fell in the water while doing a  scene. Everybody fluttered around him asking if he was ok and he said something like "just a  little water on my bird". It is inside  this - very long - story which was an early example of "the new jounalism".

"They nodded, nobody mentioning the past hysteria in the Sinatra world when it seemed CBS was zeroing in on the man; they just nodded and two of them laughed about Sinatra’s apparently having gotten the word “bird” on the show—this being a favorite Sinatra word. He often inquires of his cronies, “How’s your bird?”; and when he nearly drowned in Hawaii, he later explained, “Just got a little water on my bird”; and under a large photograph of him holding a whisky bottle, a photo that hangs in the home of an actor friend named Dick Bakalyan, the inscription reads: “Drink, Dickie! It’s good for your bird.” In the song, “Come Fly with Me,” Sinatra sometimes alters the lyrics—“…just say the words and we’ll take our birds down to Acapulco Bay….”

In the story there is mention of new comers on the scene, The Beatles...

"Prior to his cold, Sinatra had been very excited about this show; he saw here an opportunity to appeal not only to those nostalgic, but also to communicate his talent to some rock-and-rollers—in a sense, he was battling The Beatles. The press releases being prepared by Mahoney’s agency stressed this, reading: “If you happen to be tired of kid singers wearing mops of hair thick enough to hide a crate of melons…it should be refreshing, to consider the entertainment value of a video special titled Sinatra—A Man and His Music….”

On Revolver there is a song called "And Your Bird Can Sing" . Pre internet communication was wild and human, even among the Godz. 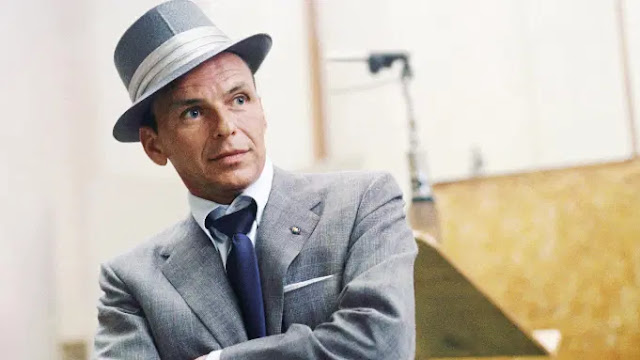 I liked the phrase when Sinatra said it and wanted to use it in a song. It denoted some fragility, some vulnerability and thats what I wanted to express.

I was young for a long time

I held my game, tight

I was young for a long time

I held my game, tight

There was never tomorrow

there was always tomorrow

there was only tomorrow

I had a light touch

I skipped away, free

some old face in a new doorway

I’ve been a rocker

that’s how I am

that’s how I got here

a little water on my bird

Everything Was Funny- Dave Graney and Clare Moore album out now