harry howard and the NDE - "near death experience" 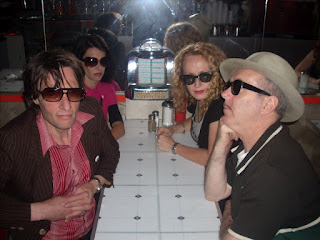 Harry Howard is an old friend who we started to play bass and drums with about 18 months ago. He was in Crime and the City Solution and These Immortal Souls and then Pink Stainless Tail. We knew him in Melbourne in the early 80s and then in London.
Edwina Preston plays organ and sings too.
We started working on his songs and pretty quickly we did some gigs and then an album. It was easy for us to tune in to the material. We kind of spoke the same language. 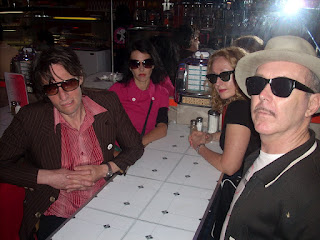 The album is called "Near Death Experience" and is out on Spooky records.


You can hear some of the music via Bandcamp too. 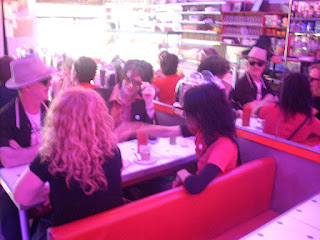 Of course the album was written and recorded during the time when Harrys brother , Rowland, was ill and died but the title does not just allude to that experience. Harry had some health issues of his own.

Harry plays a Gretsch Astrojet through a homemade amp which is in a cabinet of bare, unvarnished wood. 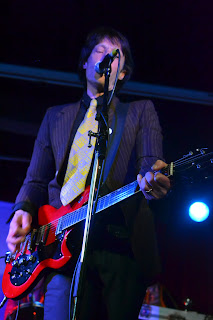 Edwina plays an old organ and a Stylophone, an instrument pimped by Rolf Harris on kids tv in the 70s. 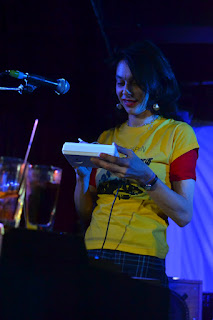 They are a formidable frontline. Clare Moore and I have the luxury of sitting up the back and just following orders. 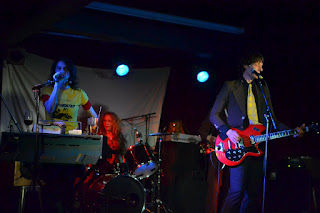 I play a Steinberger copy bass. An instrument I acquired knowing full well it carries a serious charge of negative aesthetic power. 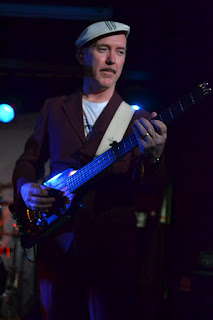 We are playing shows around Melbourne and , hopefully, further out over the next few months.
Posted by dave graney at 7:44 PM 1 comment: