you know, I never thought the shit would get that real

Whoah - been quite snowed under. This year got away from me.
Can't really explain, still digging my way though some sstuff.
The Moodists gig which we just did at the Palace last week was a major event that was on the far horizon and then came upon us real quick.
We played a great 45 minute set at 3:30 in the afternoon. One of our best ever.
Thanks to the Hoodoo Gurus for inviting us. An honour to play with them and also with the Blue Oyster Cult. Total pros both of them. Never seen the skills of BOC so evident like that. Super guitar playing and sounds.
Crashed out for a  couple of days after that show. Totally beaten up. 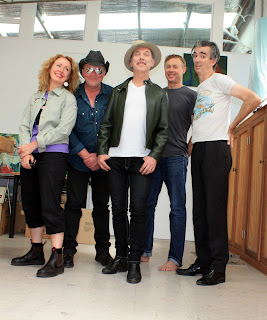 This shot was taken after the first rehearsal at Mick Turners studio. That rehearsal was rough. Got together  a month later and then a couple more times.

Been doing a lot of  shows with Harry Howard and the NDE. Working up an album of new material.

Started doing an acoustic album in January, laid down tracks for 12 songs. Got talking to Lisa Gerard from Dead Can Dance at an APRA film award night and she invited me out to her studio to do the vocals. Have done most of them. A beautiful old valve mic and great pre-amps. Getting a  huge sound. Did a couple of days and then Lisa had to go to Brazil and the USA for more Dead Can Dance shows. Will get back there next week.

Clare has mastered the DAMES album, been doing a few shows there as well.

Also been releasing a few digital only singles, for the hell of it. Put out "I'm not the guy I tried to be" in February. This was a remake of a song on last years album, "you've been in my mind".

This time it was all bass xylophone and acoustics.

In March/ April I put out a version of "I'm a  commander". In 1998 it was all electro and keyboards, now it was driving 12 string acoustic and vibes.

Next up, it'll be "the postman always rings twice. The clip will be ready in a day or so... 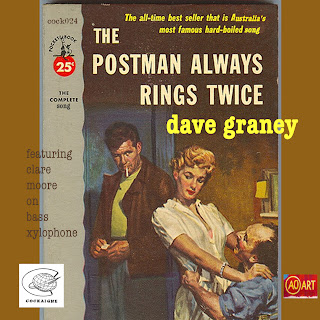