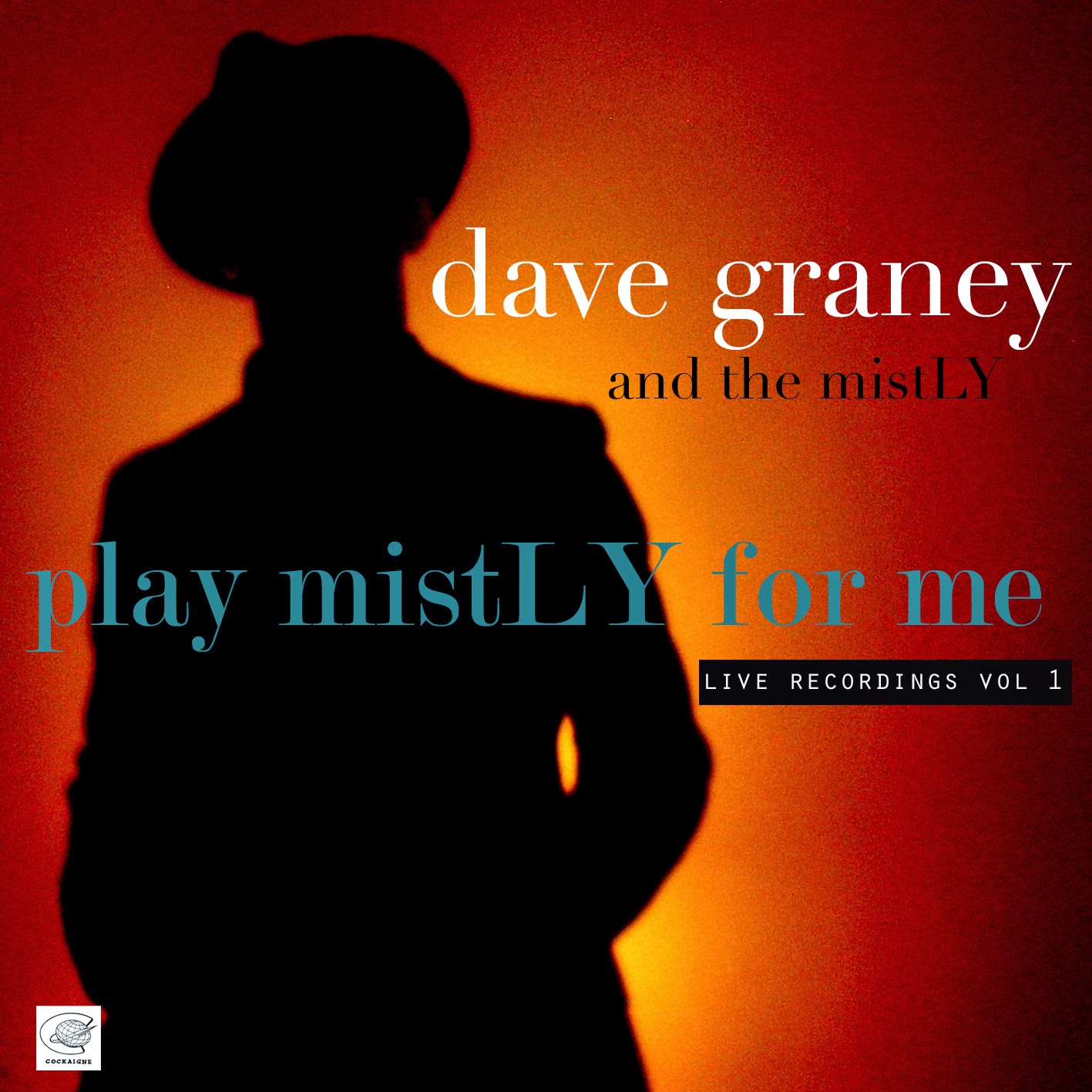 First off, we have a digital only album out called "play mistLY for me". It's the first of two planned for 2015 and is available now via Bandcamp

"play mistLY for me" is a collection of live recordings from shows over the last few years. 14 tracks. Shows in Adelaide, Newcastle, Katoomba and Melbourne. Featuring different instrumentation and approaches to songs. Recorded on a hard disc recorder sitting in the rooms where we played. No direct feeds from a desk or mics on any instruments, just a stereo track from somewhere in the ROOM. No overdubs attempted. It’s all here just as it happened. 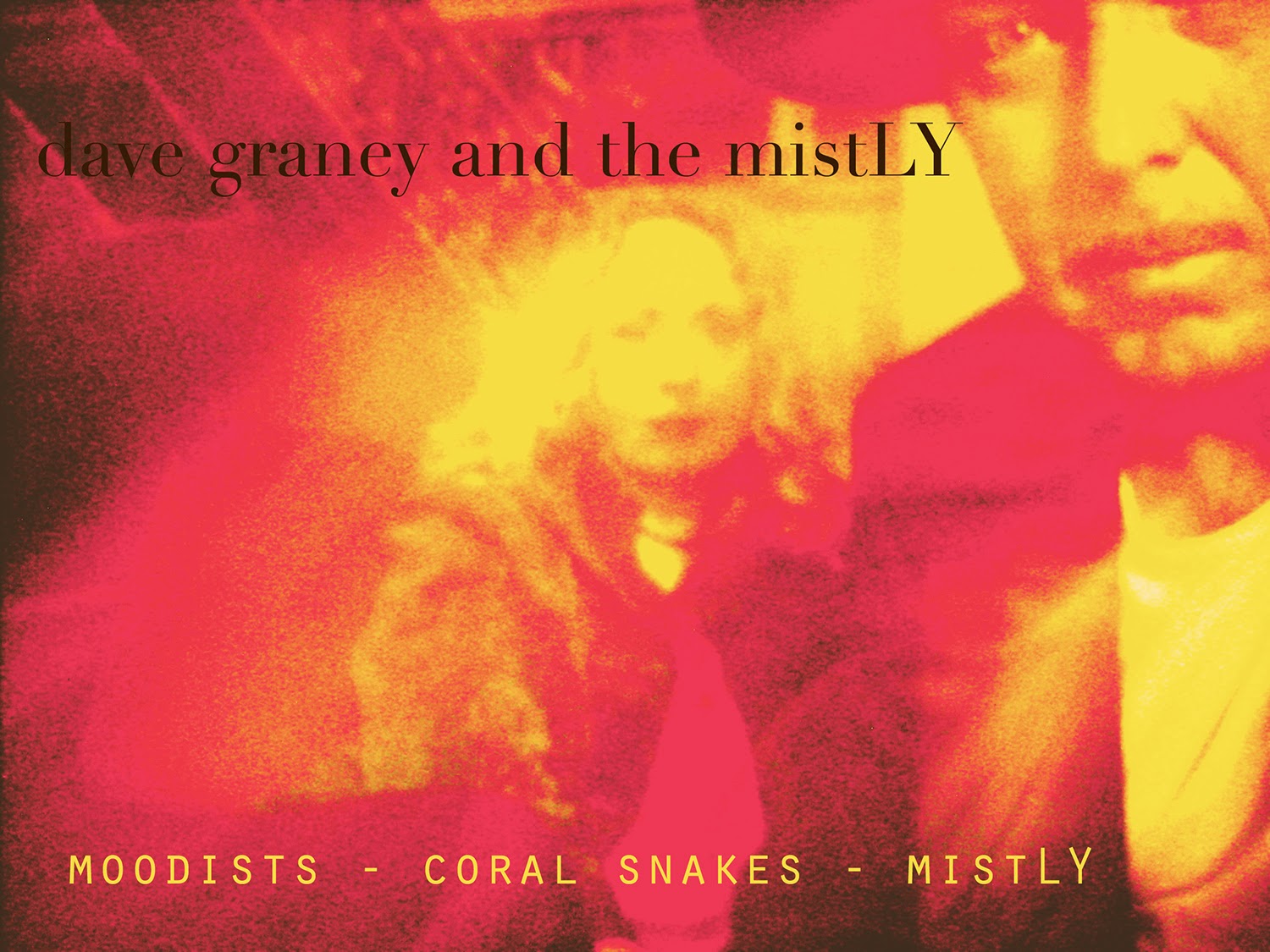 Showing "smile and wave" a 20 minute short directed by Tony Mahony in 1998 - a whodunnit about dave graney and clare moore. (I mean it features some spectacularly bad acting from - well me I guess.)
Then a performance by dave graney and the mistLY ...

Here's a clip for "a woman skinnies a man up" from FEARFUL WIGGINGS made by the CINEMANIA crew .. more bad acting FROM ME.

CINEMANIA are mainly Nick Cowan and his brother Alex ( the lead actor) and Thomas Whiteside.
They've done a clip for us before (we need a champion) and also did one for Harry Howard and the NDE called "DEVILS". They also have  rap crew called M.A.D. who played in Melbourne recently with SMB (steve miller band) and the NDE. They instituted a feud/ battle with the SMB which should continue for a while. Online insults were hurled and they finished their set with a song called "fuck the SMB" . This was taken badly, by some friends of the band and drinks were spilt - on peoples heads.Then M.A.D. went off to play in Adelaide and apparently killed it to a room of young clubbers.

Had some great shows with Harry Howard and the NDE this year. Playing with Kid Congo and the Pink Monkey Birds was a delight. Such great guys! We had known Kid from his days in the Gun Club and also the first era of the Bad Seeds. In a world of such ephemeral , fly by night bonds it was great to meet up with an old friend again. His band had such a great, American SWING to their grooves. Naturals. Then we  played with the POP GROUP who were total HEROES to me back in the fabled day and they brought the FIRE to these shows and their new album. Beyond iconic, beyond legends, beyond respect. They killed it at their show. When they played WE ARE TIME I was totally transfixed. The new album is called CITIZEN ZOMBIE. Their show was unfortunately on the same weekend as Golden Plains. people really missed out on a great event.

Then Neneh Cherry turned up in the band room - fresh from a set at Golden plains. This is a picture of me with Gareth Sager and Neneh Cherry and Mark Stewart looming over us all! 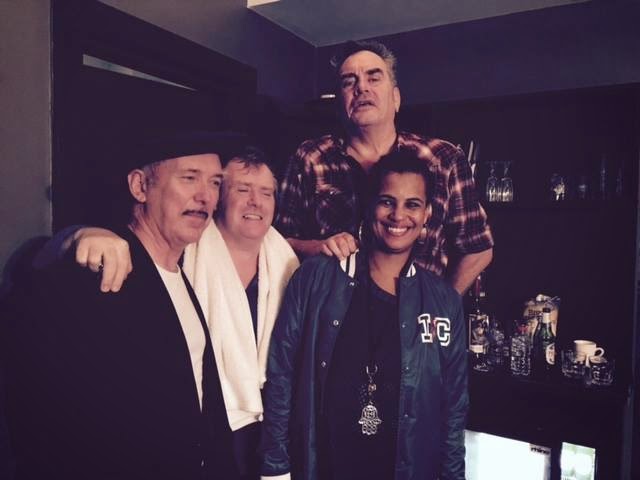 BLB , the show I do on Triple R in Melbourne every Tuesday from 12-2pm, has also been very enjoyable this year. Spoke to an author whos writing I have always enjoyed, Colin Talbot from Melbourne and his new novel THE SWEET MYST. If you ever see his collections of articles from Melbourne underground papers called MASSIVE ROAD TRAUMA- I highly recommend it.
Also did an interview with Malcolm Ross while he was in town and also David McClymont who was a part of the POSTCARD records scene and now lives in Melbourne. David is making music again and his work can be found here.

Also spoke with Matt Walker and Shane from THE LOST RAGAS , sound engineers/producers Anna Laverty and Simon Grounds and amazing NZ music artists Marlon Williams and Aldous Harding. All these interviews can be accessed via the Triple R "On demand " function. Here is the Marlon and Aldous episode..