So, as you may have heard there is a bug going around, a virus. If you will.
Yes.
Do I fear it? Yes I do.
Our Premier in Victoria , Daniel Andrews, has been fuckin great, forcing the dirty feds into doing things they would never think of. I still hate those bums so hard.
I don't want the world to "snap back" to what it was. What it was got those shitheels into power!
They are champing at the bit to get some austerity happening and get rid of any climate change talk. Or any kind of talk that doesn't involve mining. because their owners are mining companies.

Hard to gather, herd or pin down a persons thoughts and put them in some sort of arrangement.
The internet is very slow at night. Because of the people, the persons,  looking for themselves in there.
Is that saying something?
Hard to pin down yourself actually.
Well, it seems that way. At times.
The time itself seems to pass in different ways. Like most musicians, this isolation isn't really that much of a stretch. We know how to spend time with ourselves and how to scare up deadlines and projects.
No, I haven't been putting a  jigsaw together.
Having no actual deadlines, or a whole bunch of them just fall away, has been quite relaxing , enchanting.
Then you have a bit of a panic as your thoughts turn to income- scratch - economic power.
Then you get distracted by something.

The weather in Melbourne has been quite lovely too. It's easy to just go for a walk around the hills and not really see more than two or three people. Clare says hello to all the dogs and cats in the yards. Our neighbours are really cool.

Due to the early weeks of panic buying by whoever those hoarding people are we discovered items in the supermarket that we'd never much seen before. The only things that were still available. Canned mushrooms and frozen broadbeans. Yes!

Been eating very well. Very healthy. Doing some weights and skipping and walking. But I've always done that sort of thing.
Mixed a live set from earlier in the year and it should be out in three weeks. A digital album from a night in Canberra in February. me on guitar, Clare moore on vibes and percussion and Robin casinader on keys and mellotron. Sounds deluxe. 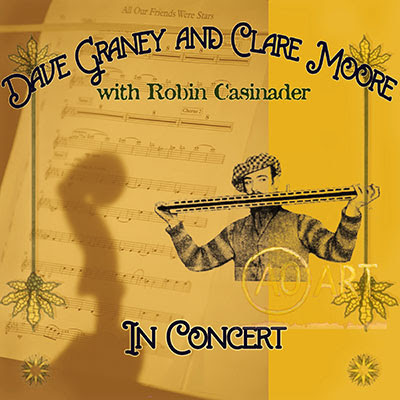 Will be putting another couple together now. Its been great mixing the different albums.

I got contacted by a guy from the Age wanting to write a story about musicians coping with the new shut down world. I replied...

"Hi , thanks for getting in touch. Sounds fine, it looks like youd be taking a  photo from a  distance. Don't know if we are really out of work. In some ways its pretty normal for us, dave"

The fellow got back..."I know that you play regularly in Melbourne and around the country, so I expect you have lost a few dollars through cancelled gigs, and we would be interested in the impact of that, along with the uncertainty as to when you will be able to perform publicly again? Also it would be good to  get your thoughts on the lack of Government support for the arts and creative industries through the coronavirus pandemic. Have you applied for Jobkeeper as a sole trader?"

This got my gander up for some reason..."Okay , if you want my opinion. I see stories about musicians in mainstream papers and it’s generally if they are ill or dying, rarely for their work. Musicians get to places BEFORE other people. Case in point . The gig economy. How is that for everybody? Did anyone ever ask a player? I also never talk about an arts “industry” either. Cos I don’t believe in one. Clare might make more sense.
I felt a bit guilty so I got back again...
"
Sorry if I appeared a bit cranky. Just a mixture of responses to the situation. In some ways it’s been very interesting and relaxing. The role of govt also interesting as they have had to appear caring. Hard for some of them. But we have no shortage of work and have loved doing online shows from our studio. I still don’t want to talk about Centrelink . I follow Noel Cowards edict, “ don’t complain don’t explain” Dave

Then the fellow got back.." But given that you and Clare are doing well in terms of work ( glad to hear) and that our story revolves around people who are out of work and struggling I think we will look for some other musicians that are doing it a bit tougher."

So I guess I was right, he already had the story written and just wanted some sad stooges for a picture! Oh well.

The "shows from our studio" I was referring to are via Stage It. We have done a couple so far and the fourth is Thursday May 7th at 8pm. We are doing loosely themed sets. Myself and Clare and it has been a great experience. 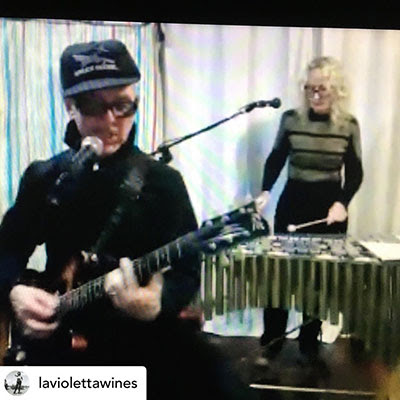 You can get into the show by clicking here. Its a live event, no facility to watch it back.

I did a spot on the last episode of MAD AS HELL with Sean Micallef. I hadn't been out of the house for a week and had only been to the shop once every seven days for the last month so it was strange driving into town. A lot more traffic than I thought there would be. Trucks and work vehicles mostly.
I got into the ABC car park in South Bank and was met by a Nikki, a production woman from the show. I had a mask and gloves on. We walked to the lift with my guitar and amp and up a couple of levels to the studio. Ros Hammond, one of the (brilliant) regular character actors, was leaving as I entered. We said hello like shift workers. Shaun Micallef was there as were several camera people, a guy with a boom mic (no fiddling about clipping mics to clothes), a continuity person, a floor manager and director. No make up or green room or other performers at all. We went through my bit with me sitting down and standing up (in the seats where the audience used to be ) and then I left. Shaun held the studio door for me and punched the button for the lift. Perhaps 40 minutes and I was back on the freeway to the hills.

You can see the show here. (My bit is way toward the end).

I have been dipping into a few books but not really obsessively in the spell of anything. I have L'Or by Blaise Cendrars by my bed and the story of the Monty Python collective at breakfast time. I am also reading bits of a Richard Francis Burton book about his journey to the source of the Nile.

On the tv we have been watching dvds of The Avengers and also Mannix.


The former is endlessly entertaining due to the actors involved and the latter is great for the late 60s modern style of interiors and cars and wigs and carcrashes, fights and expensive tv budgets in general.

Still doing BLB on RRR. You can listen back to the show here . Doing it remotely from our studio with Andrew Delaney at Triple R manning the desk.