twennytwenny I'm Not Just Any Nobody.

Of course TWENNY is properly pronounced a la John Cougar Mellencamp in his hit song Miami. He twisted vowel sounds like a thug in that tune and then had a film clip with lyrics and a bouncing ball to rub in yer faces. "I know yer nowhere near TWONNY"...

I digress. Mellencamp was going off on a disco vibe here. I loved it when acts did that. The Stones, The Eagles, Roy Orbison, the Grateful Dead.
He had the added juice of his short guy anger to propel his shit as well. Him and Billy Joel. Anger! Big Shot! Pink Houses! Jack and Dianne! Uh Huh! Nothin Matters And What If It Did! Glass Houses!

Yes Twonny Twonny.
Clare Moore and I were inducted into the SA MUSIC HALL OF FAME in December. that was a cool night. Quite hot to be honest and we put in a good couple of hours vis a vis the ceremony and then did two sets at a lovely venue called the Jade. Me on guitars and vocals and Clare Moore on vibes, keys, vocals, percussion and melodica. 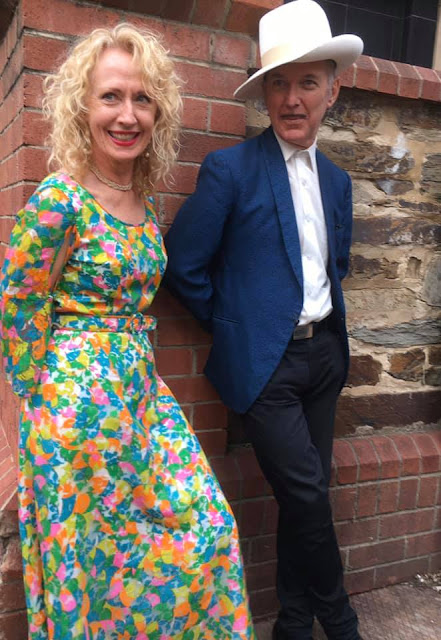 The ceremony involved me shaking hands with a Liberal politician but nobody died. His interaction with us was not really ll that much. It was a very Adelaide occasion. Six pm on the footpath in town, a nearby character in a wheelchair on the corner was pointed out to be former North Adealaide football star Neil Sachse.

Our medallions were given to us by Keith Conlon, an Adelaide media presence for many years and one of those really cool, vintage showbusiness pros who are really great to hang out with. Everything is smooth and surfaced beautifully. 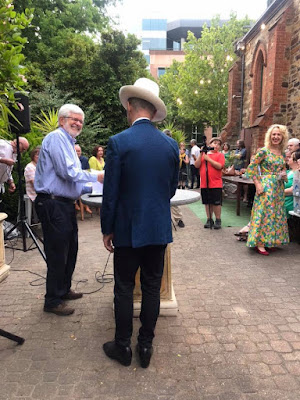 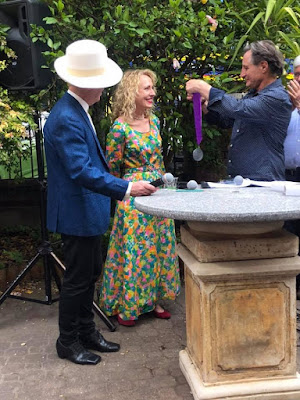 The event was really driven by a local musician Enrico Morena who is part of the Adelaide Musicians Collective. Thanks Enrico. 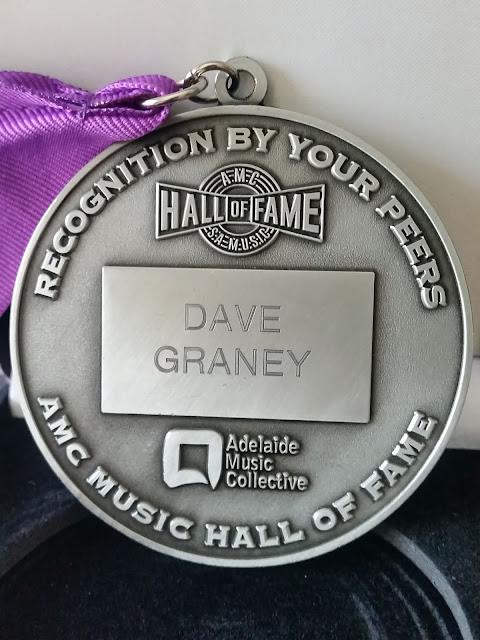 The very next day I did a Parlour show at a couples house in the southern area of Adelaide. It was quite a delightful experience. I played with both my voice and guitar going through my guitar amp. You can tell by my clothes that I had already unbuttoned for the summer. 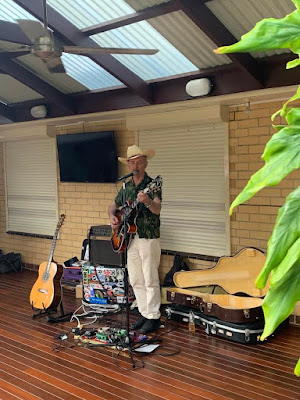 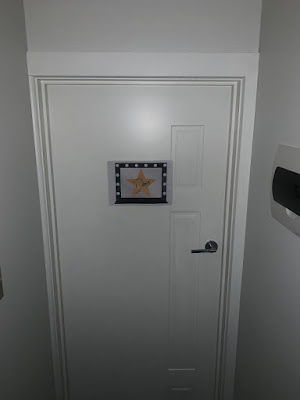 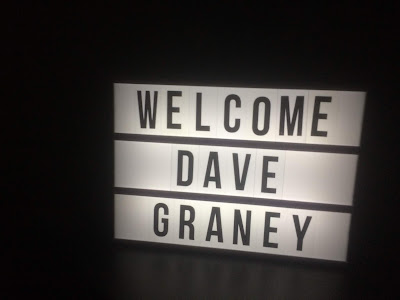 There was even an iced tub of mineral water. In my dressing room. 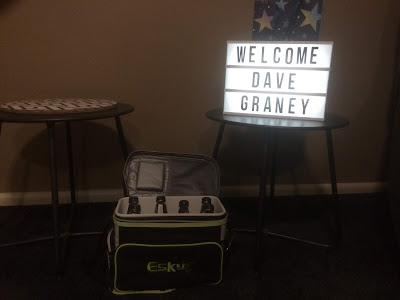 I did two sets and at the end, after having nervously confided in me during the break that he was thinking of doing so, the fellow who'd organized the show took to the mic and gave a heartfelt speech, got on one knee and proposed to his partner. (A few wags were asking if I was a celebrant too...)

So if there is a situation I could play at near Melbourne that I could drive to I can come with my amp, mic and guitar and make show. If its a plane flight away we'd have to organize something else. (I am not a celebrant though!)

Or you can get in touch with me directly. This is probably easier. Here is a link to my email.

Then we went to the beach for a few days. That was pretty great. I had a new rashy. 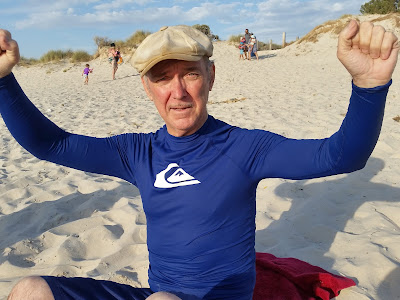 Adelaide beaches still have a lovely slow pace about them. This vintage crowd had a party around their Kombi. 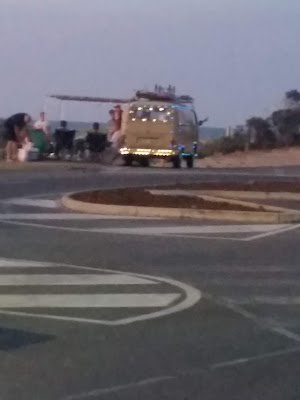 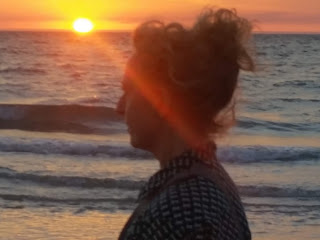 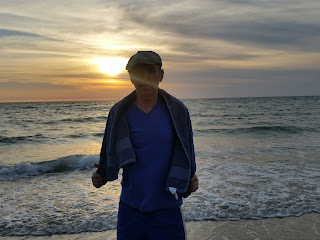 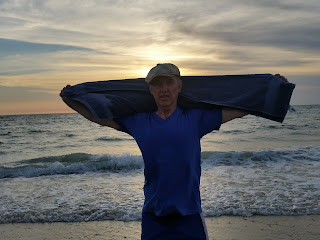 We also got up to episode 47 of 70s Australian tv show, THE BOX, which Clare's brother Patrick keeps in a  locked safe at his flat. Every episode is a cliff hanger. Another eleven months until we see more.
It is set in a fictional tv station. George Mallaby is married to Briony Behets. He is the program manager and she sits at home, takes pills, drinks and carries on with Allan, a camera man who has come with them from Adelaide. 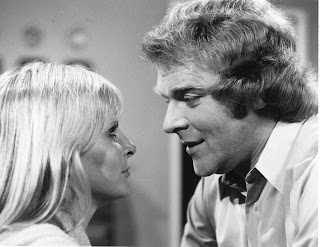 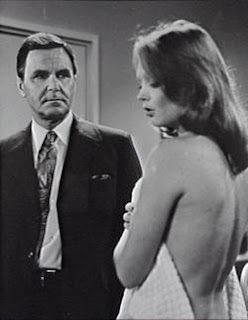 There is also Cul Cullen as the alcoholic joke writer for the horrible Irish tonight show host, Mrs H the tea lady, Judy Nunn the lesbian gossip columnist, Sir Henry the uptight station owner, Fanny Adams the free loving sexpot and Lee Whiteman the very camp  script editor. The latter two are the only decent characters in the show, by decent I mean good and kind.

We also did our annual late afternoon show at the Metro on Boxing Day. I always wanted to play on Christmas Day but this is the closest I have gotten. 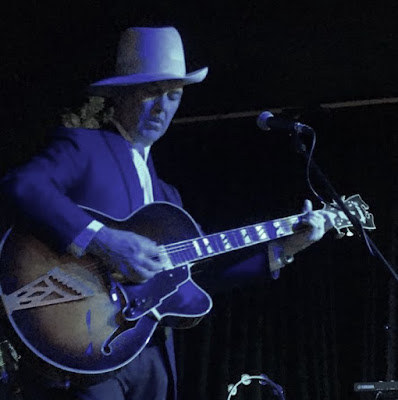 
We drove back to Melbourne before New year. the heat was incredible and fires were breaking out everywhere, in the Adelaide Hills for instance. Thanks in large parts to the climate change denying thug LNP government who are running our country into the ground. It has gotten worse and I can't see it getting any better until they are tossed out and Rupert Murdoch is dead, his empire in ruins and Mark Zuckerberg in gaol. Australia is run by mining interests though. They own the LNP. 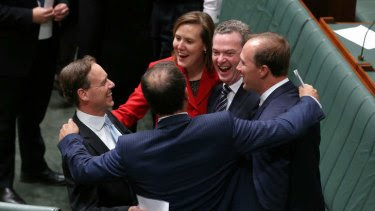 This is how they celebrated when they repealed the carbon tax. The woman and the man with his face most directly at the camera (Christopher Pyne from Adelaide) both left before the May election because they assumed the government would be tossed out. They were so on the nose. They got in by one seat.  The country is on fire, thousand or more homes burned, 28 people dead at last count, 1.25 BILLION animals dead and they are still bullshitting every day that they are doing their bit for climate change. They argue that we are 1% of the emissions and to do more than we should is silly. Others argue that that was our contribution to the Second World War. Australia's international reputation is at the lowest it has ever been. White Trash of the Pacific.

Former Coral Snakes bas player Gordy Blair lives in Mallacoota which is still off limits due to fires and all the roads in and out are closed. 4000 people were on the beach around New Years Day, waiting for the signal to put their heads under water. Eventually the navy was called in to get them out via the ocean.
Our guitarist in the mistLY, Stuart Perera drove into Mallacota to play a gig on New Years Eve with his dance band. They ended up helping to save the pub and also completed the gig! They got out on a non Navy boat,  leaving his car and gear there. Here is a story via the ABC.
The drummer was interviewed for Canadian television.

Also, Coral Snake guitarist Rod Haywards' elderly mother was at home in Ensay, near Omeo with fire threatening the farm on three sides before she was driven to safety.

Posted by dave graney at 2:27 AM No comments: