Time has been eaten up totally with book and cd coming out. The book has been getting an amazing reception so far. Not really used to it. Embraced by critical voices. 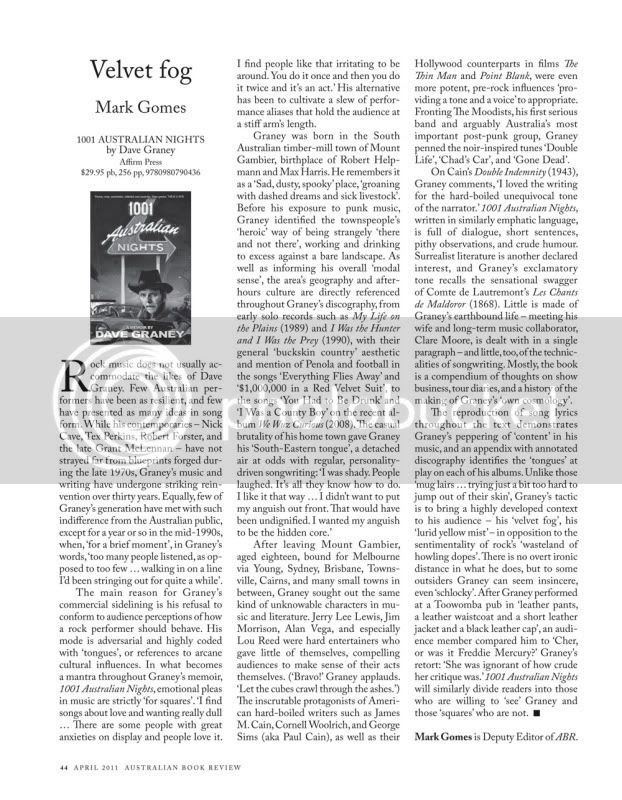 The launch for the book was incredibly well attended by many old friends and musicians and artists among them. Never ha d a night like it really. Martin Hughes from Affirme Press and Warren Costello from Liberation introduced the night, and me, in a very formal way which was quite touching for us. Introduced to media and artistic people as musicians and an author of interest and integrity. It meant a lot. 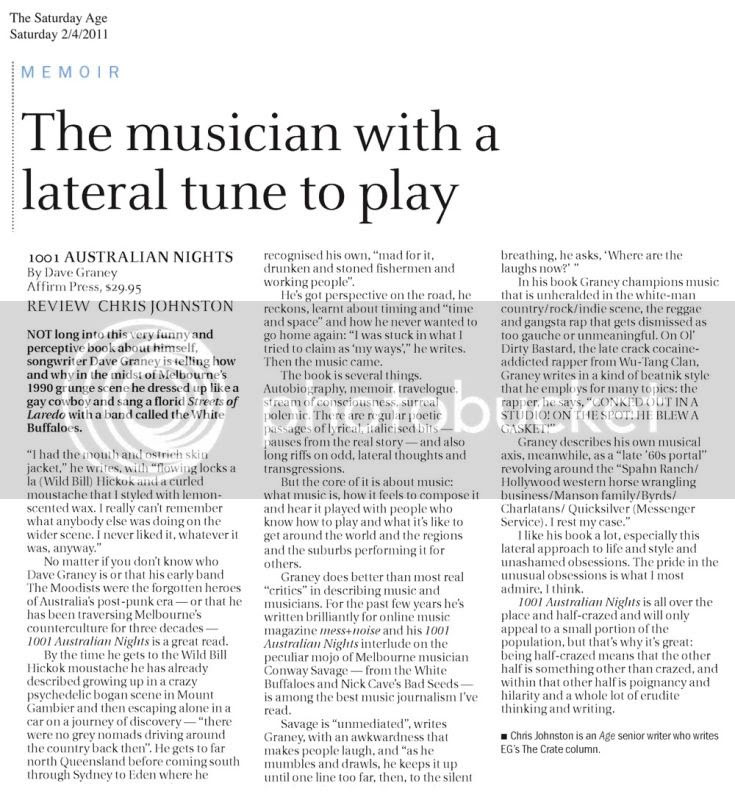 Elizabeth McCarthy who co presents "BLB" with me on RRR then gave an introduction to me that was equally impressive. More from a friend and comrade. It meant a lot as she is definitely from "the new world". By that I mean comrades and friends we have worked and associated with over the last decade rather than from the distant past.
We then sat about having a few glasses of water in the bar. Feeling great.

The previous morning I had been a guest on RRR and then went on "THE CIRCLE" on Channel 10 which is an afternoon how presented by women. Like all stalk appearances, it was a bit like an alien abduction. The bright lights come down and you lose track of twenty or so minutes of your life.
The producer was in the Green Room, trying to sort out what I could talk about and how I could interact with the hosts. He mentioned someone from The Scissor Sisters. I said I didn't know squat about that act. He was very nice and not at all trying to make me do anything I didn't want to. He asked if I would dance on , doing a bit of a "mash up" as he had read that I liked hop hop.I said that I had only one gear and it was what he was getting as he spoke to me. He laughed and appreciated that.Chrissie Francis, Yumi Stynes, Kate Ceberano and Glenn Robbins were the hosts. I always feel the hosts are the most nervous in these types of situations. I can control the tempo. 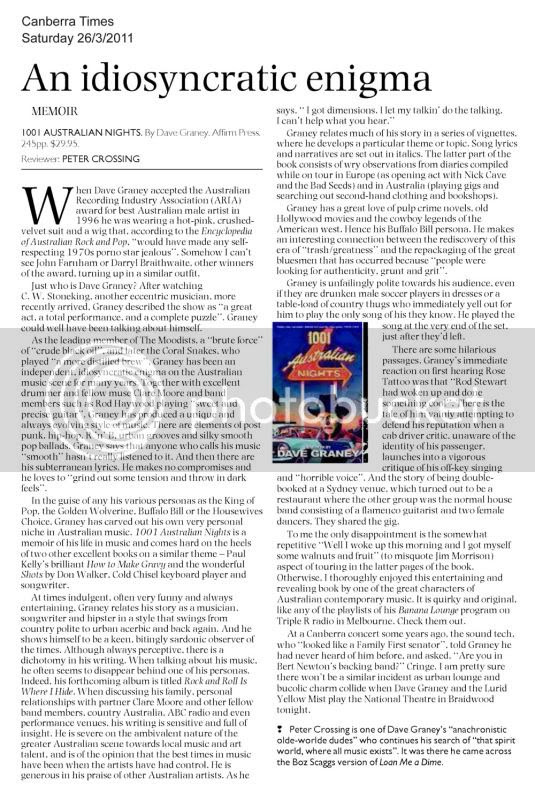 Looking forward to ore shows and readings over the next couple of months.
Harry Howard and the N.D.E. album in the can. Started to learn the clarinet.(Well it took me half a day to get a note and I'm enjoying the feel of it) 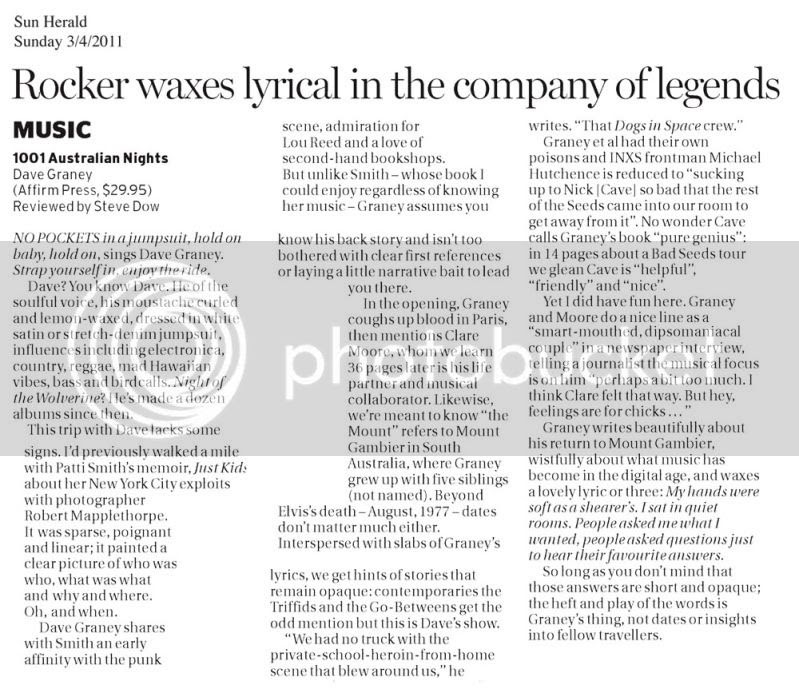 Dave Graney appearing as part of a group of musicians for INTERNATIONAL RECORD STORE DAY at Basement Discs in Melbourne.

12th May - appearing on the Marngrook footy show.