Well we ended 2015 with our third annual Boxing Day Show in Adelaide at the Metro Hotel. Myself and Clare Moore. Our good friend Matt Banham also played.

It's long been my dream to play a show on Christmas Day. Ever since reading about PIL doing their first ever show December 25th in London in 1978.
Needless to say we play whatever we like in this sort of show. Hey-we're all just glad to be out somewhere amongst a bunch of strangers!

We met and talked animatedly with an old school Adelaide bohemian and wine writer, Phillip White. He writes a very interesting and unique blog. Mostly centred around wine and food as thats his  scene. From the wine growing region of McLaren Vale.
He wrote, specifally of us here ...

If you can't find the energy to click, he said, the music was like great aged muscat ... with a spritz of Steely Dan at their most pretzel lyrical and maybe some Boz Bewitched Bothered and Bewildered ... even Nancy Wilson/Tom Jobim dammit ... but it wasn't them it was them ... true cool and deadly ... brilliant original music...." We were also supposed to make a New Years Eve show with Harry Howard and the NDE in the Lorne/ Wye River area in Victoria. We dutifully drove toward this area, despite all the news telling us that it was on fire and was going to get worse. We were going to stay with friends who lived in a country cabin nestled deep within a natural forest. Their local council was going to advise them to leave or not the next morning. We eventually found their dwelling, driving down a winding dirt path and even politely asking questions of s young country man in a ute who I noticed was shyly putting his rifledown as we pulled along side. He grunted that he didn't know anybody in the area and we left him, hearing several loose shots as we pulled up at our friends shack. The next morning the show was sensibly cancelled and we drove to Melbourne.

The poor fellow who had organized the show as a boutique festival for a couple of hundred patrons had lost a  lot of dough and we played a benefit for him in early January.

WE are doing more shows with the NDE and are two thirds of the way through a new album for 2016 release.

Now we are doing some shows in and around Melbourne - Malvern Gardens Sunday Jan 24th and a duo set in Apollo Bay Tuesday Jan 26th- and planning a  trip to NSW in February.  The latter will be a duo show by myself and Clare Moore.

We are playing Feb 18th at Djangos in Marrickville
Feb 19th at Smiths Alternative in Canberra. 7pm show  and 9:30 pm show
Feb 20th at the excellent Paragon cafe in Katoomba and Feb 21st at the Bearded Tit in Redfern. 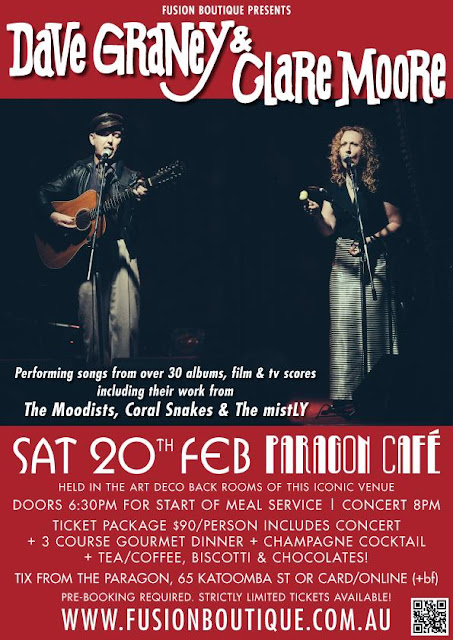 Of course we have been most excited about an invitation to play at an ATP festival in Wales in April, curated by the great comedic player, Stewart Lee. 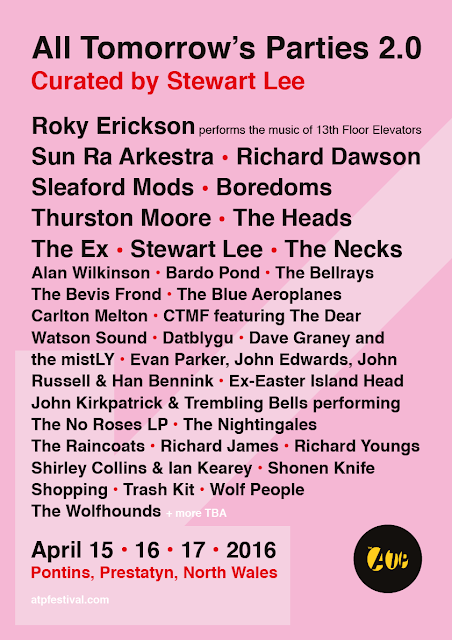 A line-up that includes many avant garde heroes! We are honoured to be in such company!

We will be doing some shows on Brittany, Edinburgh, Manchester and London as well.

Look out for a new track we are finishing soon. I'm a good hater!