2015 - first show into it included a MOODISTS set. Found a great room!

I played my now "annual" Boxing Day show in Adelaide at the Metro in the centre of town. Clare played  a few songs. I've done it two years in a row now. So that makes it annual.

I played a long set and mostly enjoyed it. Its funny, I'm always looking for the perfect, sweetest "room".  I suspect many singers do. Perhaps it's not even a room or space, its a time in space. People get together and things happen sweetly.

Thanks to Barry Douglas for filming a few songs.

The next show we did was January 10th- a party show for our dear friend Malcolm Ross, who was visiting from Edinburgh.

We rehearsed up a  lot of his songs and organized a day at Steve Millers cafe off of Brunswick st. Handsome Steve's House of Refreshment. 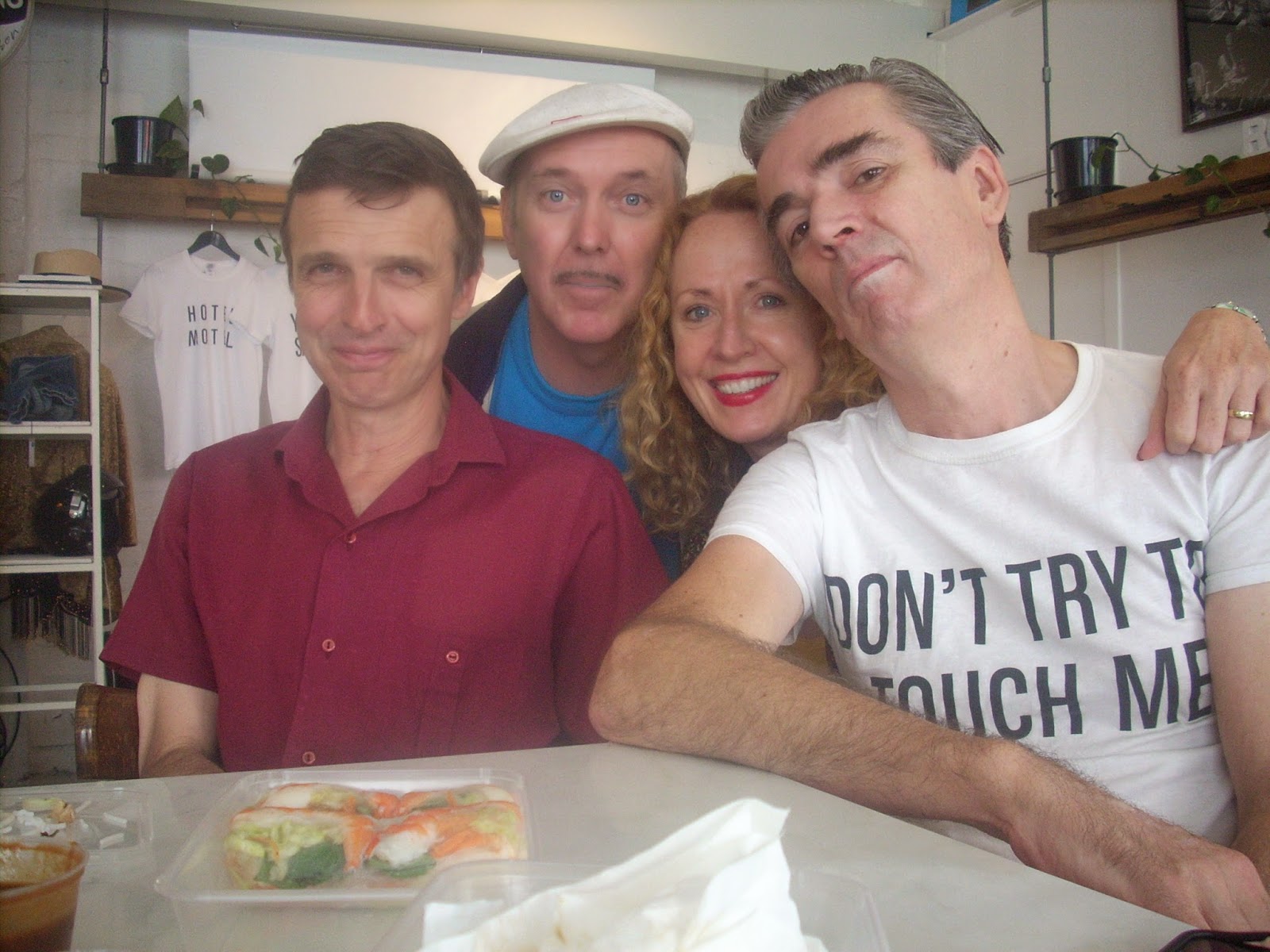 A days rehearsal was done at Soundpark.

The Steve Miller Band aka SMB did a set of three songs, as did Stu Thomas - with myself and Clare Moore backing him on two of them.


Then the mistLY stepped up and we did 3 songs...

Then we backed Malcolm Ross on about 6 songs of his. All super cool country-ish pop gems.
Like this one "another year another town" - special guest Billy Miller

Then Steve came back on and we did four songs as the Moodists . Malcolm Ross played with the Moodists in the last year of the band in the historical period. (1986-7). He also played in the first version of the Coral Snakes in London 87-88 and recorded with us on the album "I was the Hunter and I was the prey" in 1990.


We also played DOUBLE LIFE. This is my favourite track from that historical period of the Moodists.  By that I mean the heavier sound we took from Melbourne and blew up bigger in London. This is a song where got back some of the bounce we had in Melbourne in 1981.

I absolutely loved playing the Moodists songs. They are my blues. Was a really great party. A great Room! Great rooms sound great with people in 'em!

Posted by dave graney at 2:49 AM No comments: