our label - COCKAIGNE - has a blog as well. details of latest releases on Bandcamp and other outlets

We've been releasing albums on this imprint since 2000.
First with Shock and then with MGM and Fuse distribution.

The latest release is POINT BLANK which is on Bandcamp only.
http://davegraney1.bandcamp.com/album/point-blank


It would be a  funny turn of events if we were to ever release anything on vinyl. That scene, to me , is a sad prank on musicians at this stage. But who knows? 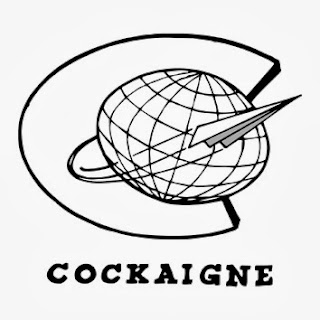 The name comes from a mediaeval legend where houses were made of cakes and trees grew sausages. Subject of a couple of famous paintings by Brueghel. 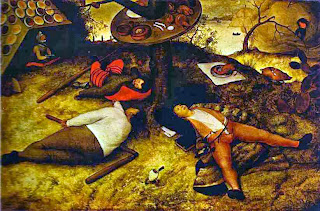 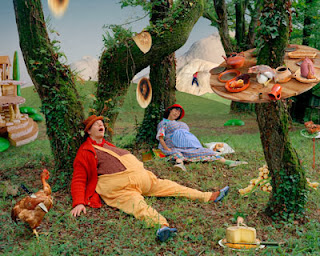 The theme was picked up by others. (people were hungry!) and resurfaced in folk songs like "Big Rock Candy Mountain" 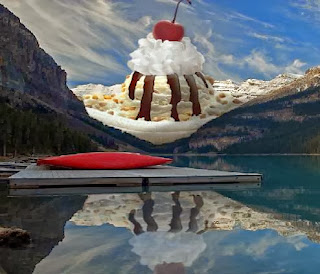 Next releases- (early November) will be the soundtrack to the movie JOHNNY GHOST and the sequel narrative show to POINT BLANK which was LIVE IN HELL.


Saturday Oct 26th, dave graney and the mistLY will be playing a show at the Post Office Hotel in Sydney rd COBURG.

Posted by dave graney at 6:11 PM No comments:

I played some guitar on the album and am playing on all the gigs.

THE DAMES started as a way for Clare Moore and Kaye Patterson to combine their songs in one setup. Clare and I had mixed Kayes album , "International Travel"in 2006. 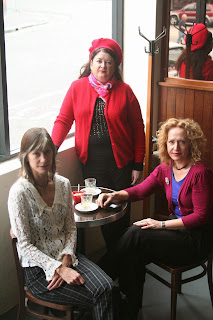 The first gigs were as a trio and this really suited Kayes songs. The recordings were begun in 2010. Clares songs needed a few more textures as she built up her songs in the studio from her keyboards.
So by 2012 Will Hindmarsh (from Go Go Sapien) was involved on laptop and synth/keys and I was playing some guitar. 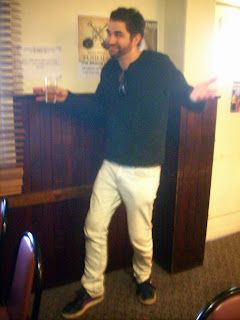 Late in 2012 the DAMES did a gig in Melbourne opening for Barry Adamson. Barry was an old friend from the Magazine days and also when he was in the first version of the Bad Seeds. Barry loved the songs and , upon returning to the UK, suggested he could mix the album. This happened .

The first track on the album is one of Clares called ALL MINE.
We'd been doing some music for a film by Michael Vale and Donna McRae and they offered to make a  clip. The result was a  deluxe video shot at Monash with a  great cameraman called Lazlo - who also devised the brilliant lights.


Michael and Donna did all the art design and involved the actors and had the general horror/ noir idea down. 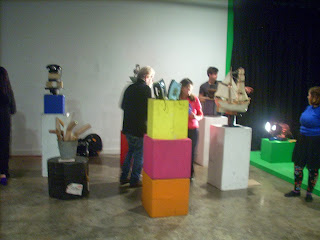 They really had a  thing for gloves. 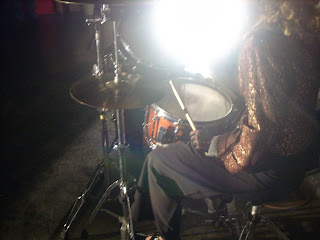 and we got into the swing of it... 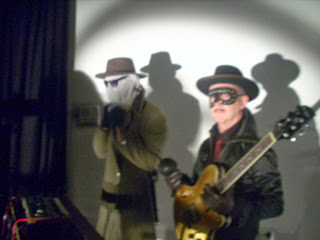 The second song on the album is Wait, a lovely pop groove from Kaye.

Then there's Eve from Clare. A song about the female character from IRONSIDE.Clare plays everything on this track.


Dudley is an instrumental from Kaye. Dedicated to Dudley Moore

Clare then takes us back to tv world with her paen to a  character from Angel called THE GROOSALUGG. The music was written by Stu Thomas.

The album continues with another instrumental from Kaye. 5468-JUMP. The title alludes to the time signatures the song moves through.

Then there is Kaye's epic CANYON with guitar heroics from guest player ASHLEY NAYLOR.

The album closes with Clares JUNKTIME. This song  first appeared on WE WUZ CURIOUS in 2008. Music by Clare and lyrics by me.

THE DAMES have a facebook page of course https://www.facebook.com/thedamesmusic

The album is also available here http://thedames.bandcamp.com/ where the album can be a $15 digital copy or $20 for digital and a cd.

It is also available at itunes https://itunes.apple.com/au/album/the-dames/id691737894