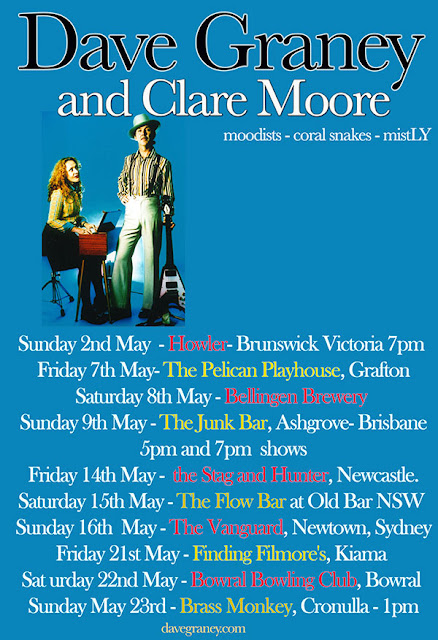 Ok thats a photo from about 2003 by Tony Mahony in that poster there. Clare is sitting at a Hohner chord organ which we still have but it is more of a piece of furnture. Perhaps we will get a power cord for it again one day. It's like an accordeon on legs and all fits into a cute metal case with the legs unscrewing and sloting on the underside when its packed away. The Flying V was a budget Canora which I had for about five years because I thought all V's looked flash. It had  a sludge like deep bottom end sound and distorted well but I got rid of it. Of course, I regret that, as I do for most guitars and items of clothing I toss away. (Very rarely in the case of both).

So all of a sudden  we have some live dates in the real worldd happening. It won't take long for any of us to slip back into "normal" life I can see. But then Australia is  an island which shut its borders and the news from the rest of the world is horrific as far as the wildfire of the pandemic goes.

Lets hope we all get some normal soon.

I had my first vacination of Astra Zenica just before all tehse date shappened. Ifelt a bit lethargic and queasy for a day. Then that was all over.

I had to get onto a plane for the first time in  a year and more to be one of three guest vocalists in a Tom Waits tribute show. We had one rehearsal with the band in Melbourne and luckily they were very competent. the other singers were Peter Fenton and Hugo race. A strange bunch. I got the call when Rob Snarski dropped out. It seemed to bean easy gig and a way to ease back into peforming in public spaces. Of course, it wasn't all that easy. I ended up ashamedly reading lyrics from sheets of paper ona  music stand. I picked Tom waits songs from mostlt teh pre Swordfish trombones era when he was living at teh Tropicana and still trying to bust into the scene and playing a Bukowski-esque barfly role and generally playing live a lot. He stopped playing live in the early 80s. I dont think musicians should do that. I think its best if you work live to an audience and keep your game real. 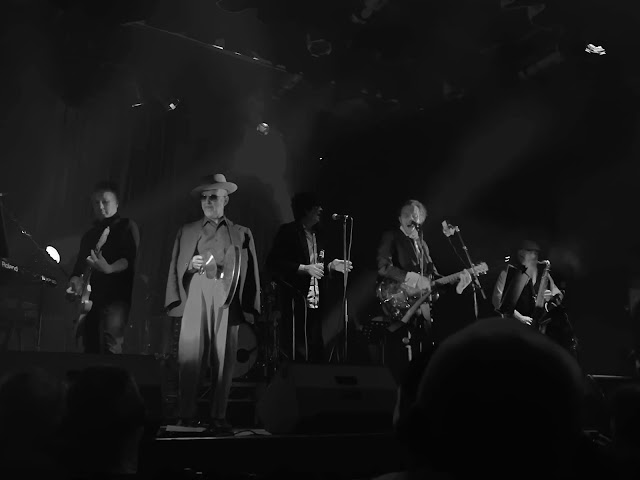 So I sang Burma Shave, A Sight For Sore Eyes, Fumbling With the Blues, A New Coat Of Paint, Muriel, Martha, Blind Love and Time. the latter two being actually later period ones but I liked parts of them. We played in Melbourne, Brisbane and Sydney. Hugo and Peter were more respectful to the material than me and did a great job. I did my best. I got to like some of the material again. Burma Shave, especially. All six or seven verses of it. 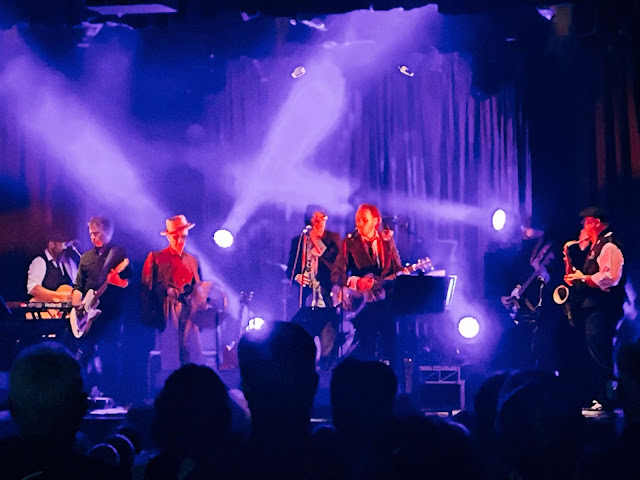 The audience realy knew it in fine detail and also really identified with the boozing , hardcore nature of it. The faux working class authenticity of the lyrics. I didn't really buy into that part of it but could see how much people really did do just that. They yelled and screamed for the boozy stuff.

It was a cool experience and the players were all very good. Bass, drums, keys, guitar and sax. Very versatile and experienced. 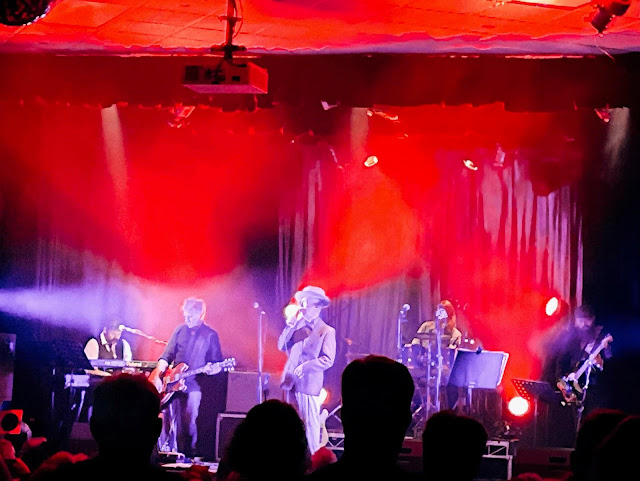 Hugo Race and I were both  a bit taken aback when we learned that we had to share a room in Sydney and Brisbane though... We both kind of shrugged and took it as an unexpected, surprise indignity. 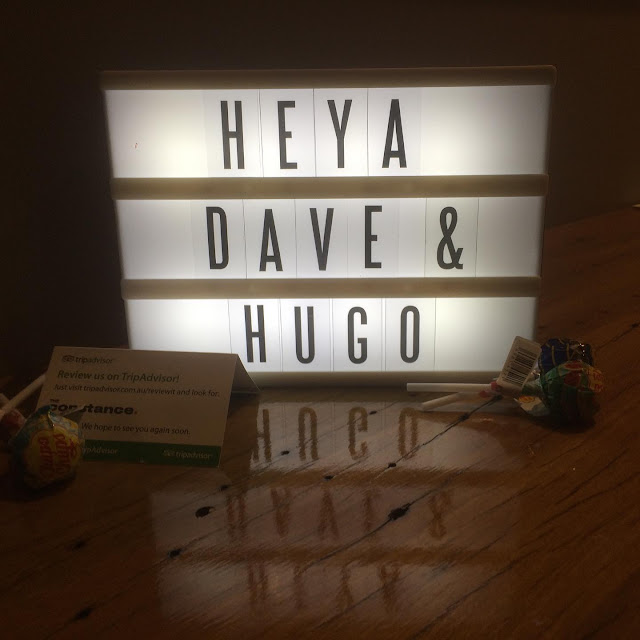 Then Clare Moore and myself got into our van a week later and proceed to drive up the Hume highway for the requisite nine or ten hours and played three shows using vibes, keys, melodica, digital mellotron  and guitar. the first was at the excellent Music Lounge in the Wollongong Town Hall. All the venues were covid influenced and effected. 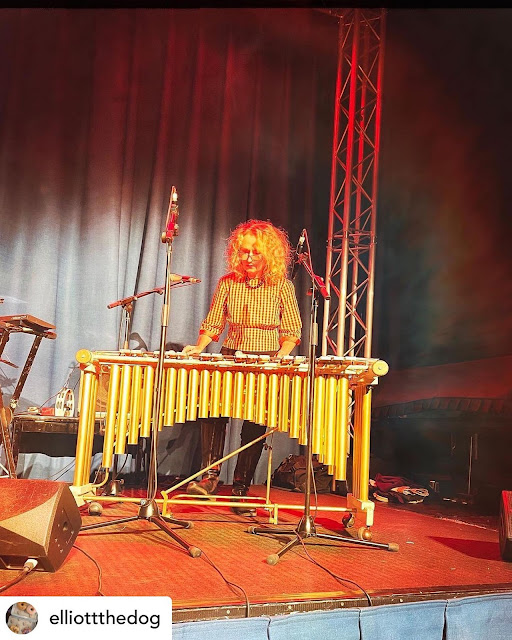 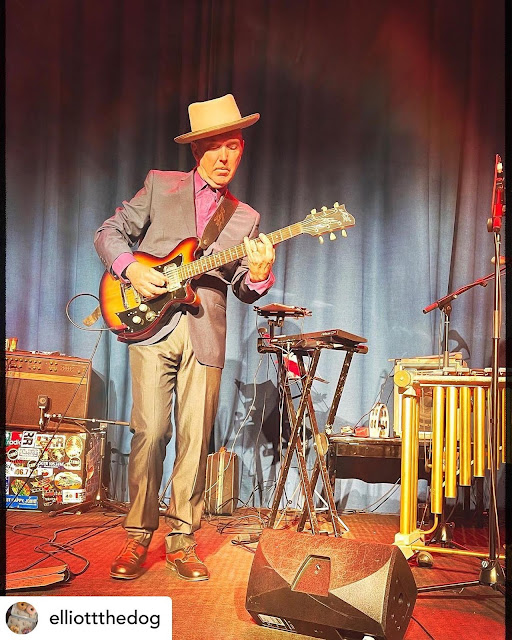 We had a great time, playing two sets of music. A lot of unrecorded songs and some cover versions and some older (90s) songs. One of those moments you experience as a younger musician where you are many steps ahead of the audience and have teh thrill of surpises in your bag and they are also willing to go along for the ride as well.

After Wollongong we played at  a lovely old community hall in a town called Huskisson. (We stayed for three nights in a place called Kiama as accomodation was hard to find and all these venues were no more than an hour away from that base). This gig was run by a fellow called Paul Greene (also a musician) who keeps the location secret and sells tickets to hardy, intrepid punters and then gets the venue and cooks all the food and puts the PA up and mixes it all A very relaxed, cool headed character too. 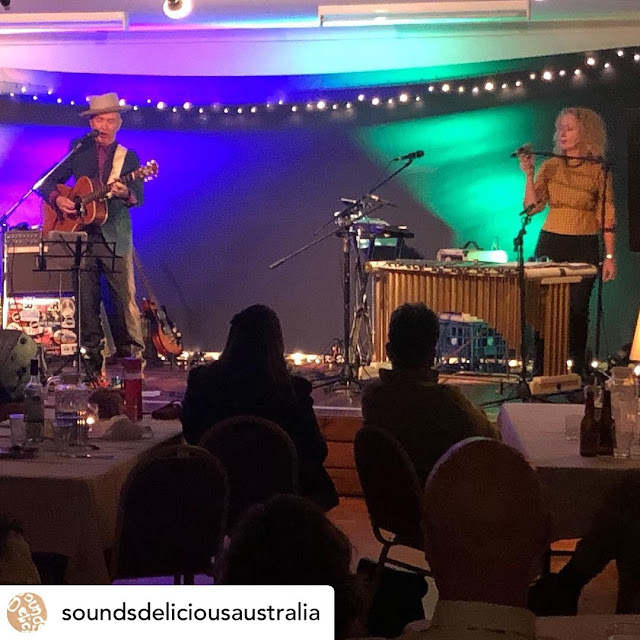 The last show was on Dangar Island in the Hawkesbury river just out of Sydney on the way to the Central Coast and Newcastle. We left Kiama at about 9am and got to the wharf at Brooklyn at 11 am and loaded our gear into our agent Steves boat and motored over to the island. There are no cars there so we availed ourselves of the islands community golf  buggy and took our stuff up to the bowls club and  made show in the sunshine for the afternoon. 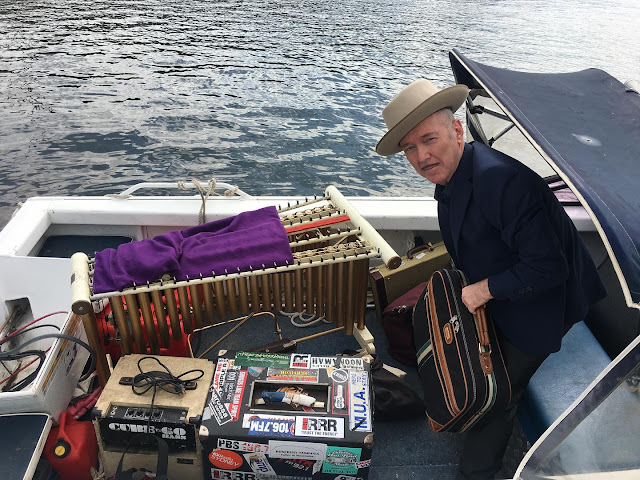 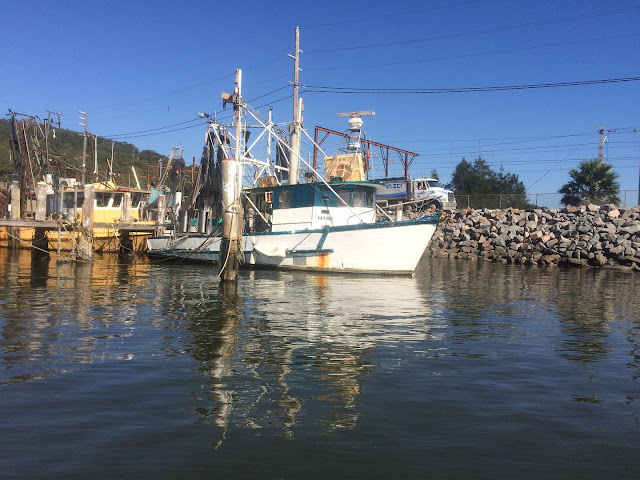 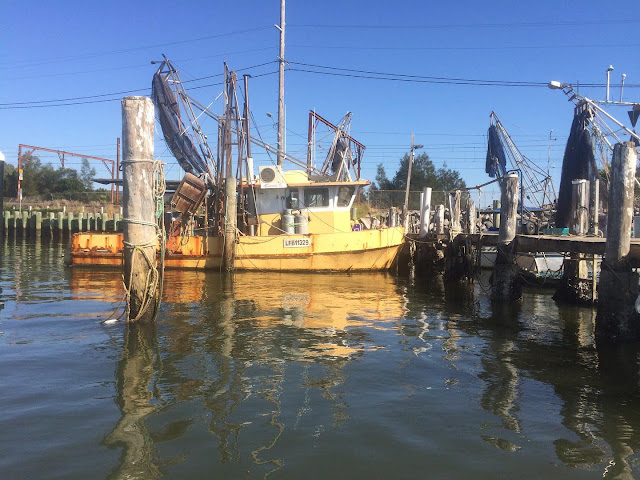 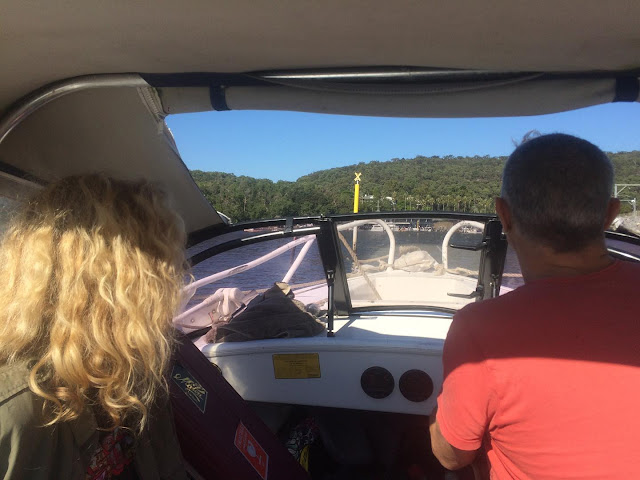 We stayed on the island after the show, listening to some Gong albums at Steve and Sharons house and drove back to Melbourne the next day. Another ten hours.

So now Clare and I are getting ready to play as part of a Scott Walker tribute night this weekend in melbourne and then our first gig as Dave Graney and the mistLY for fifteen months. A rare show in Melbourne for us. A place where we all live and also the place we play least of all. We have rehearsed twice this week and have some great music to play for two sets at Howler in Brunswick, a joint we have never played before. Doors at 7pm and I cannot wait to play.

Then Clare and I head off for a few weekends of shows in Queensland and NSW again.

Sunday May 2nd - HOWLER in MELBOURNE. This is a Dave Graney and the mistLY event. 7pm.

Friday 14th May, the Stag and Hunter, Newcastle NSW.

Saturday 15th May at the FLOW BAR, Old Bar, NSW.

More shows will be added soon. Adelaide and back again to Queensland.

We will also be continuing our online shows when we can - we have done 75 so far -  as they have been great for keeping our skills up and our focus on performing music and just plain keeping in touch with ourselves and people. Also for workshopping new sounds and material.

We have plans to record an album from each of us this year. I have songs for two different albums, the first will be a rock set. Punchy as hell rocck songs.  The songs have a lot of power and energy in them. Dynamic stuff.

Posted by dave graney at 7:00 AM No comments: