It's been a while.
Now the world has changed.
That sort of thing is typed out somewhere into a  computer all over the world every few minutes.


Feb 20th we did a fantastic show in St Kilda with the mistLY. Such a  great room.
Then Clare Moore and I did two excellent gigs in Hobart with guitars and vibes. One at Mona Musem and another at a beautiful out of town hotel called the Longley International. 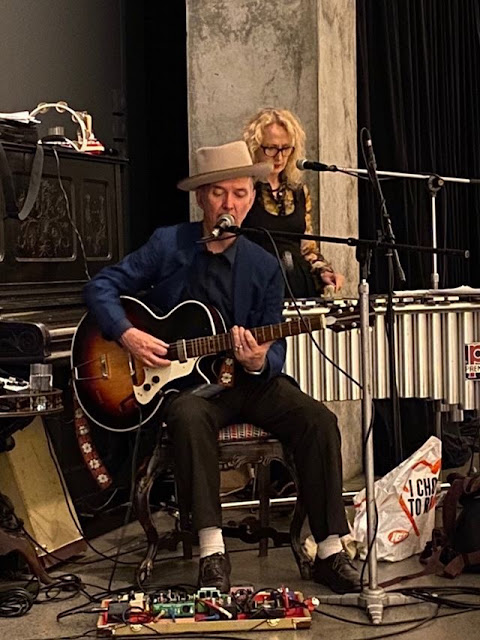 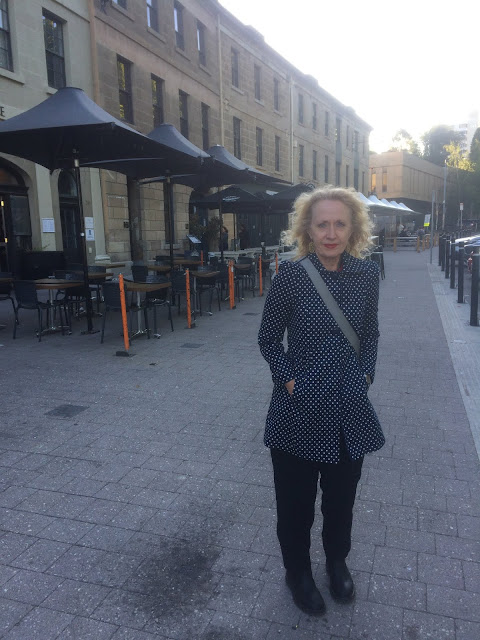 Clare Moore in Salamanca Place- the waterfront patch of Hobart.

I played six shows by myself in five days in West Australia in the last week of February and had the most enjoyable time of it.
A couple of house shows, a theatre style performace at Fremantle Social Club, drives to play in the Margaret River and Bunbury and back in Perth again. Well the last one was technically in a beach suburb called Scarborough about 20 minutes out of the city but I called it Perth. I used a beautiful Fender Blues Deluxe borrowed from former Triffid Alsy McDonald. Was great to catch up with him and Jill Birt. Martyn Casey and Bleddyn Butcher were at the gig too. 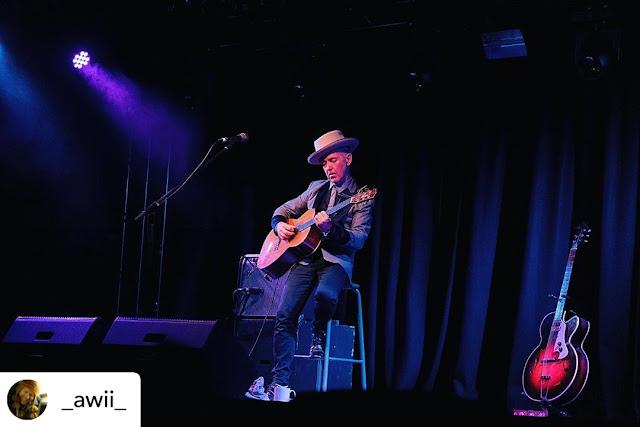 People were so nice to me, at several of the gigs mother and father were there with their young adult children, the whole family having grooved on my work for decades. People hugged me and a man gave me a beautiful artwork - a eally excellent landscape painting. 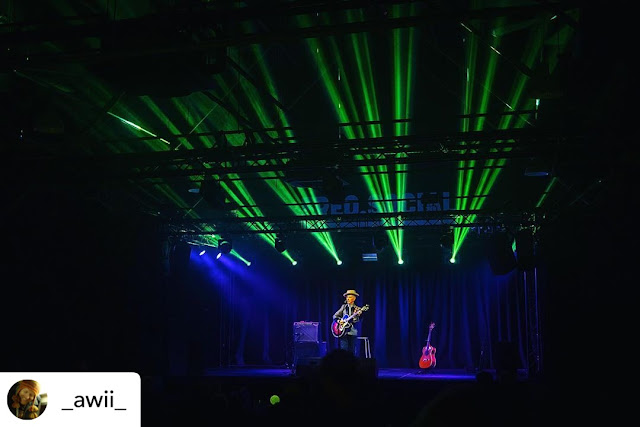 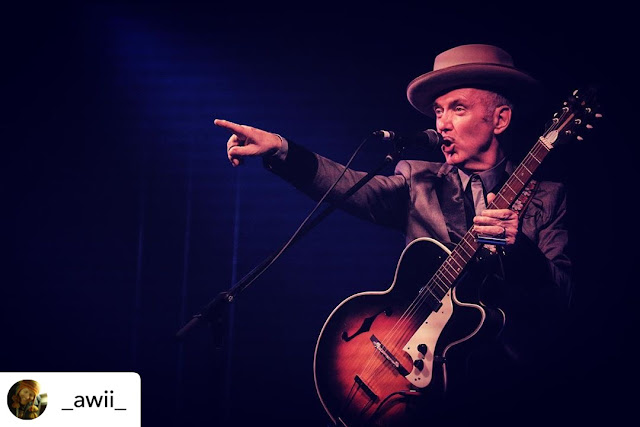 Could not have had a better time of it. Even the last show which was notable for the presence of a country basketball team, all dressed in white terry towling hats and shorts like 70s cricket thugs who just talked and stunk up the room for the whole show. Just young, dumb hicks who were staying at the hotel too and whose idea of a gig would have been a TV talent show. They didn't know what a show was or what I was doing. Some dill coming up and asking me if he could play a song on my guitar etc. No...

They were there until the bitter end until I packed up. The second set had seen people in the audience standing up and yelling at them to "fuuuucccckkkk ooooooffff!" It could have gotten silly but I handled the situation. Yes, they were still there as I packed up, singing some stupid song that they all knew. I was staying there too. I took my guitars and amp to my room and there was a bunch of them standing around the door. I got out my key and one of them said, "you was on Spick and Specks last week 'ey?" (Australian tv show which we had played some musical parlour game on- "we" being Dave Graney and the Coral Snakes"- for a 90s special. We had recorded it in October.) "Yeah" I said, not really feeling like engaging with them after they'd done their best to ruin the gig. They were impressed by that tv stamp of authenticity and stared at me a bit like I was on tv again and just continued to drink beer in the corridor. 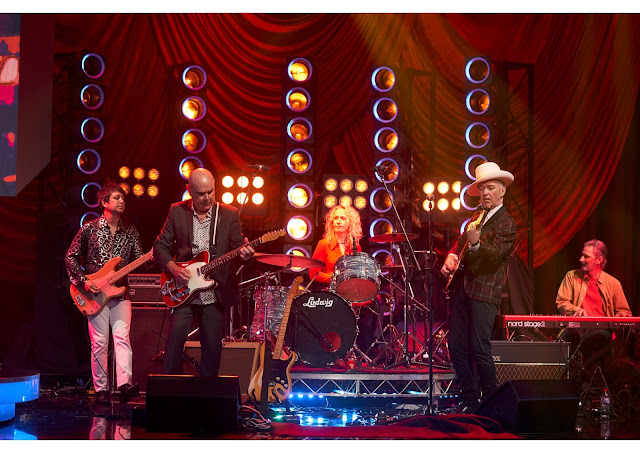 Spicks and Specks 90s special - we played elements of 90s hits and the panellists had to guess which. You can catch it on iview here.

Oh well, see how much text I spent on the bad rather than the good? thats life ain't it? You only remember the arseholes. The stiffs.

Adele Pickvance, who played with us for three albums in the late 90s, early 2000's came to Melbourne (from Brisbane) to do a couple of brilliant shows with her  band Adele and the Chandeliers/ Both shows were with the Routines (Jane Dust, Clare Moore, Emily Jarrett and Will Hindmarsh). 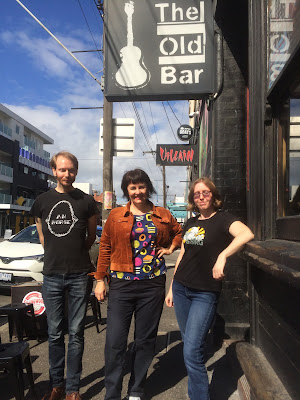 Then I came back to Melbourne March 2nd with the gathering pandemic starting to get some attention. Clare went to Adealaide to do shows with Alyce Platt and also with The Songs Of David McComb. I pretty much have only left the house once since then to do a radio show Tuesday 17th March. The last two radio shows I have done remotely via skype to the studio and with Andrew Delaney in at Triple R.

You can listen to the latest episode of the show here.

Melbourne is now close to locked down. Our Federal government has been slow and wholely concerned with the economy. It hurts them to have to think of people. The State government of Victoria has been great and has really been leading the Feds to more effective action.

We went to the shops once this week. I wore clothes from the back of the wardrobe, including shoes I could leave outside our front door. 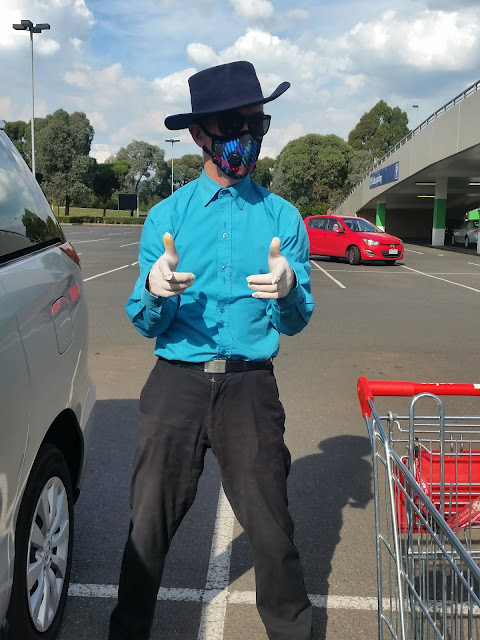 
We have no gigs so no income and things are looking grim.

The weather has been so lovely in Melbourne though. A very David Lynchian moment. Blue skies, birds going mad with the quietness of the city and this nagging sense of doom with the invisible terror...

If you wanted to buy some of our music from Bandcamp that would be a great help. We have CDS available as well as digital downloads.


I'll be putting up some more stuff soon. 90s cds and some badges and cassettes. Stay tuned.

I have also been mixing a show Clare Moore and I did in Canberra in January with Robin Casinader. Its almost finished and could be out in a matter of weeks as a digital download album. It sounds deluxe and is a set of songs leaning heavily on our 90s output. It is to be called IN CONCERT.

There will be two or three other digital albums to come in the next months. One is a set we did in London and Hull in 2017 with Malcolm Ross and Georgio "the dove" Valentino and another is a show we did in Melbourne in November 2019 at Birds Basement Jazz Club with the mistLY. That will be LIVE AT BIRDS.

I have also collaborated on an album with UK electronic artist Robin Rimbaud aka SCANNER and that sounds stellar. Just a serendipitous thing we talked about online about 18  months ago that got some time to attend to in December-January. Yes, Pre-Corona.

We are also thinking of doing some live streamed shows. We did one recently on Facebook for a winery in Penola, SA. Well it was for a group of people who are connected to that page. It took a whie for us to get it happening, more Facebooks problem than ours.  Might be be able to see it via Facebook here.

Stay safe, everybody and stay home!