We did Splendour in the Grass/byron bay- as part of the FORUM events. Places where people spoke about issues. Other people involved?
Julian Assange, John Safran, Ben Lee, Marieke Hardy, Tim Rogers, Lisa Mitchell, many , many others. 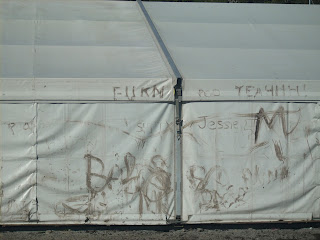 The FORUM area was a little oasis of shade and shelter. We were there for 3 days and occasionally ventured into the vast entertainment area... 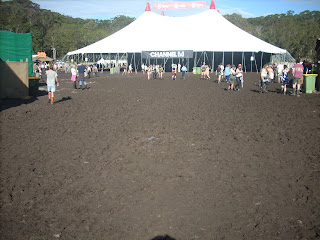 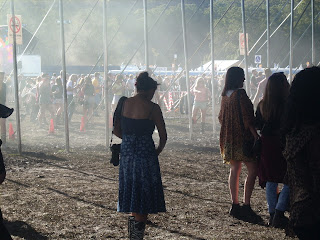 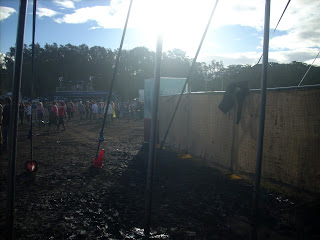 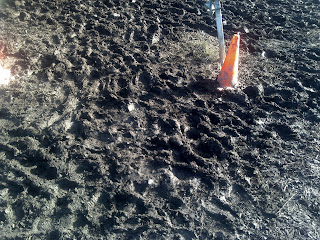 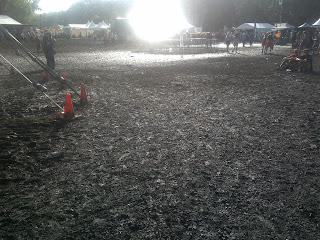 It apparently rained a lot on the Thursday night. A solid 3 hours. the show opened on the Friday. Mud was kind of baked and not unpleasant to walk on. Rubber boots were a fashion item... 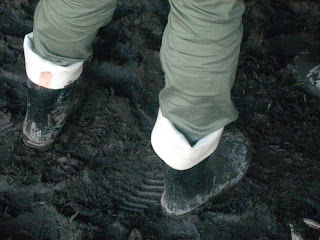 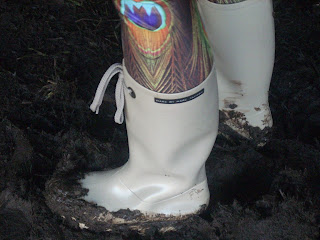 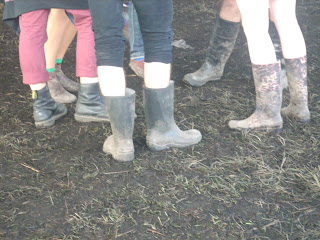 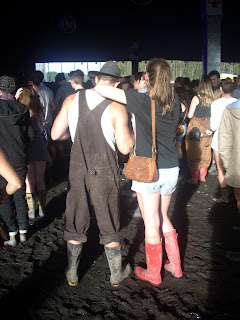 It was a very young and hardy crowd , though. The bill was very pop. Good to see people enjoying a  lot of new music.
The site was 20 minutes in a  car from Byron Bay. A good site once you got there.

We then hung around the town for a few days... 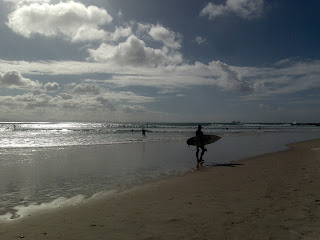 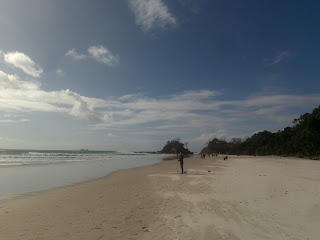 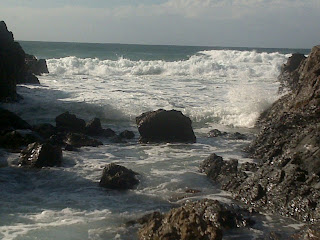 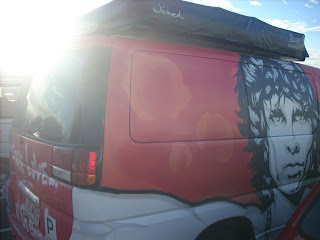 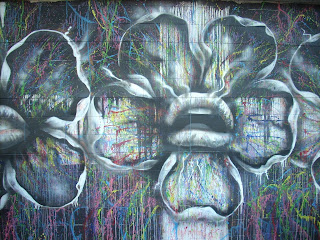 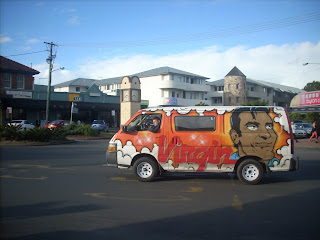 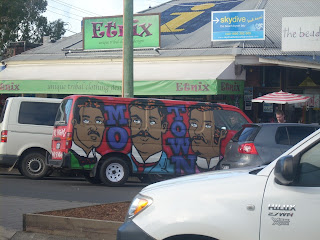 Our next appointment was the Byron Bay writers festival. I was on a few panels with the very amusing Judith Lucy and the Bedroom Philosopher. Did a great gig/talk in a  cafe with Lucky Oceans and  saw many wonderful writers and thinkers in action. Had  a great time. 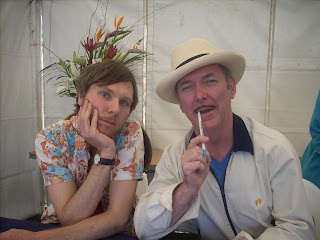 what were those shows like? ghosting in the DAMES- album launch at the Northcote Social Club sun 29th september 2pm

The Dames are Clare Moore on drums, songs and vocals, Kaye Louise Patterson on keys, songs and vocals and Rosie Westbrook on bass and backing vocals.
Their debut self titled album has been mixed by acclaimed, award winning icon of UK post punk and 90s film funk music BARRY ADAMSON. Barry being an old friend of Clare Moore’s since her days in the Moodists and his in Magazine and the Bad Seeds.

Clare Moore plays and has played with Dave Graney for many years - from the Moodists to the Coral Snakes and now the mistLY – with her debut solo cd “the third woman” released on Chapter Music in 2002 and “liquor”, her disc of a double set opposed to Dave Graney’s “hashish” in 2005 - and now the DAMES.  Clare Moore also plays with the Ukeladies and Harry Howard and the NDE and has been involved in writing and recording for film and tv. Being nominated for an ARIA for “the soundtrack to the movie BAD EGGS” in 2003.Her songs are very much studio constructions and include a paen to “Eve”, the female character in the tv show IRONSIDE and also “the Groosalugg”, a character from  ANGEL.
Kaye Louise Patterson also writes songs for the DAMES. Her background includes playing with Jeff Williams as part of Acuffs Rose. Pioneers of alt country before any other wagons set up in that part of the prairie. She also released her brilliant solo album, "INTERNATIONAL TRAVEL" in 2006. Missing the camaraderie of a band, she hooked up with Moore and BAM! The DAMES is born! Her songs are very much piano trio based and include an instrumental tribute to DUDLEY MOORE and an epic tribute to a little known paradise of evergreen forests and sailing boats called “California”

Rosie Westbrook is involved with composing film soundtracks and international touring with the esteemed Mick Harvey, among others.

So they started as a trio a couple o' years ago. Suited Kayes tunes but Clares needed some other textures. i was always hanging around anyway so I got roped in on guitar. Then Will Hindmarsh from Go Go Sapien wandered in with his keyboard and laptop.

The gig we played in July was at teh TRetreat. A tough joint to set up in but always exciting and unpredictable  playing in the DAMES. I stand way up the back with Will. (He wants to be referred to as DAMIAN) and we just shoot the curls bein' the sidemen. 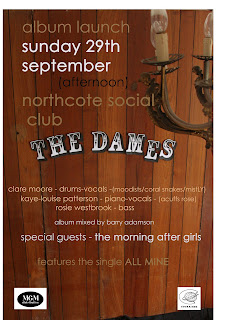 The self titles album is a corker and its been mixed by Barry Adamason. they've done an amazing clip with film makers Donna McRae and Michael Vale. A show in Castlemaine at the Bridge Hotel sept 14th and Nov 3rd in Adealaide at the Wheatsheaf. Look out! 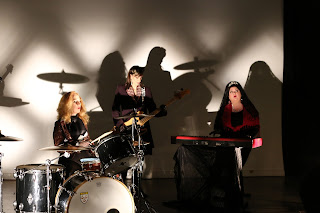