Here is a discography/CV for Clare Moore over the years we have played music together. She has done more than me outside of our own road which we have been cutting ourselves. Just thought I'd put it out there, as they say. And next time a person taking on the role of writing about music and specifically "women in music" produces something thats along the lines of an agreed upon straight rock reportage as cut and pasted over the years from other peoples equally lazy attempts, bear in mind that they have walked past this incredible body of work. They would have wilfully stepped over all this activity as its SURELY TOO MUCH TO BE TRUE. As a multi-instrumentalist (drums-percussion-keys-vibes) songwriter, soundtrack composer, bandleader and singer. Scoreboard!
Clare Moore! 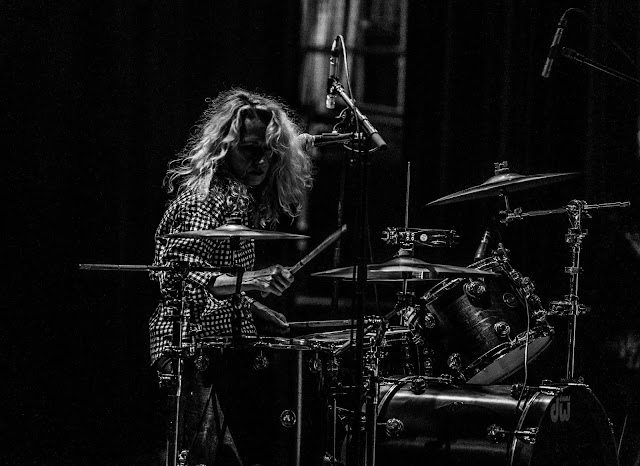 Unreleased 1985 demos from the Moodists, three tracks released on CREATION RECORDS and four songs from a John Peel session for the BBC in 1985 compiled and release as a part of CREATION ARTEFACTS 4 disc set on CHERRY RED 2015.

Co-Produced and recorded the Darling Downs albums at the Ponderosa studio. How Can I Forget This Heart Of Mine? (2005) and From One To Another (2007)

Co Produced and recorded A Spray Of Red From The Deep by Jane Dust, 2007

The Town Bike Song from Hashish and Liquor in 2005. Video clip shot at a Satie Party (everybody in white) in Melbourne. See if you can spot Stewart Lee in the crowd.