Hey! In the meantime I have played another show in Ballarat. At the same venue- the Eastern- and had a cool time. I was travelling by myself and drove on to the Victorian town of Kyneton, about an hour or so away. I had stayed in the hotel in Ballarat and awoke early. I found myself in Kyneton before lunch and parked in the street and fell asleep. Luckily, an old friend, Matt Sigley, called up and I spent an excellent day in his great secondhand book and record shop in the main drag. I highly recommend it.
Long Story Short is the name of the shop and this is it's Facebook Page.

Matt was once in the EARTHMEN and also the LOVETONES and his own DAYTIME FREQUENCY and is now also involved in VIDEO VIDEO with MATT DOLL.
VIDEO VIDEO have an album at itunes
The gig was in a restaurant/ cafe called Major Toms and it was great to play to a  full room of people out to hear some arcane music. Well, arcane music is all I have so that's what happened. I played with my K YAIRI acoustic 12 string and my 1957 IBANEZ archtop through my CRATE solid state acoustic amplifier. I had  a ball. Then I drove back to Melbourne. 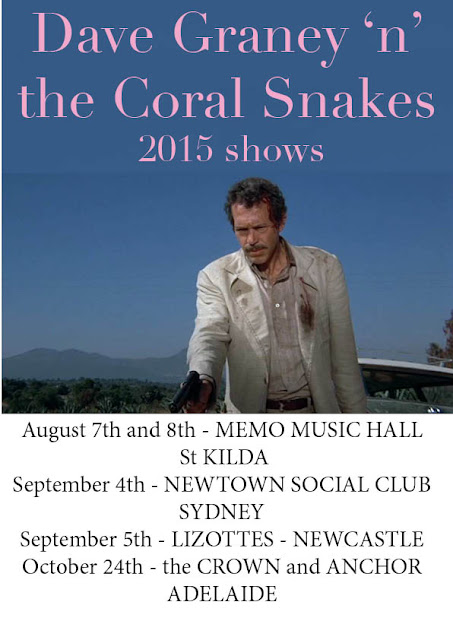 We have also been progressing with these dates we are doing as Dave Graney 'n' the Coral Snakes. That's me, Clare Moore, Rod Hayward and Robin Casinader. We were invited to play at MEMO MUSIC HALL in St Kilda - specifically to play the 1993 album NIGHT OF THE WOLVERINE.
We thought that , if we were getting the band back together it'd be good to play songs from outside that one album so we'll be doing another set at the shows of songs from records we made before and after that particular disc. Rod, Robin, Clare and I made NIGHT OF THE WOLVERINE, with bassist Andrew Picouleau guesting on some tracks. We asked Gordy Blair, who played on all the other albums to play the shows but he declined to be involved. Stu Thomas from the mistLY will be playing bass. He knows most of the songs already. 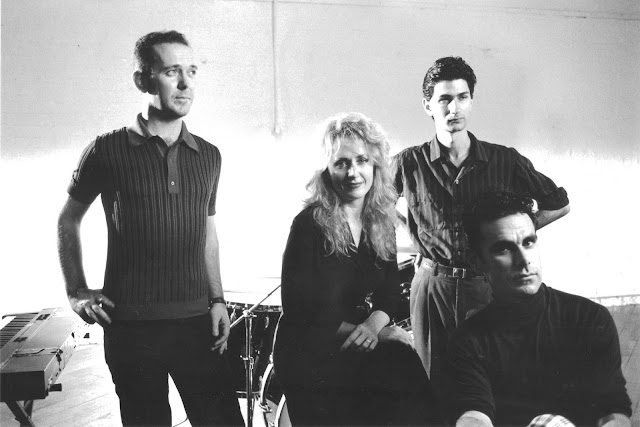 dave, clare, robin and rod on the set of the "you're just too hip, baby" film clip shoot.

Robin lives in Canberra and the rest of us in Melbourne. We last played at the end of 1997 , when we'd put out our album THE DEVIL DRIVES. We met up in early June and rehearsed the original arrangements of all the songs as they were on the original recordings. It was quite eerie how it all just sat back together again. I was just singing - no guitar- and really enjoyed getting into the songs again. Quite an openly, emotional album. Powerful experience.

We'll be playing the two shows in Melbourne first and then moving on to Sydney, Newcastle and Adelaide. Here are some link to tickets.

In Melbourne its at the MEMO MUSIC HALLin St Kilda - August 7th and 8th.

In Sydney it's at the Newtown Social Club September 4th.

In Newcastle it's at Lizottes - September 5th.

In Adelaide it's at the Crown and Anchor October 24th. 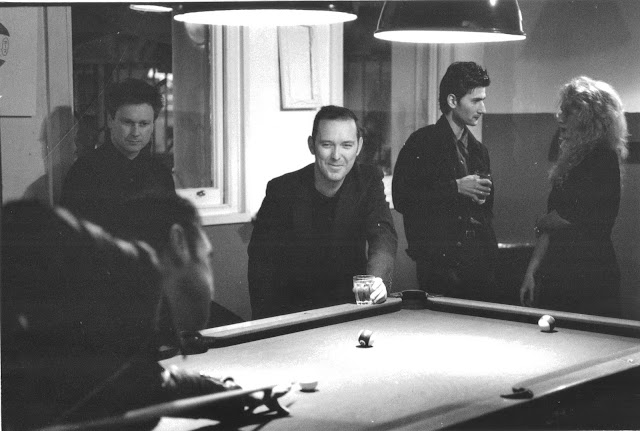 Hanging out at the Lounge in Swanston st where we played a lot in the early 90s.

Here is a clip from the NIGHT OF THE WOLVERINE era. Shot and directed by Kerry Negara for SBS. I could talk underwater in those days.

Other shows we've done recently have included a week in Sydney , Wollongong and Newcastle and another trip to Brisbane. The latter was a duo show with myself and Clare Moore. We played three nights in a row and then flew back to blast out two sets at 4pm at the Post Office Hotel in Coburg with the mistLY. Here's a clip from that show, taken by Barry Douglas aka Barry takes Photos.


Until next time, comrades... 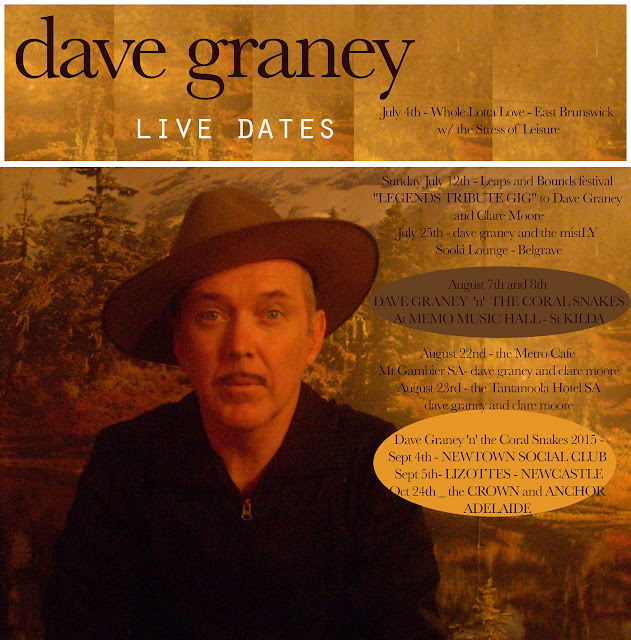 Posted by dave graney at 9:58 PM No comments: