FEARFUL WIGGINGS at itunes for pre-order. Only $13.99

FEARFUL WIGGINGS is out in May .

itunes version will contain three extra exclusive tracks. If you pre-order it it will cost only $13.99. 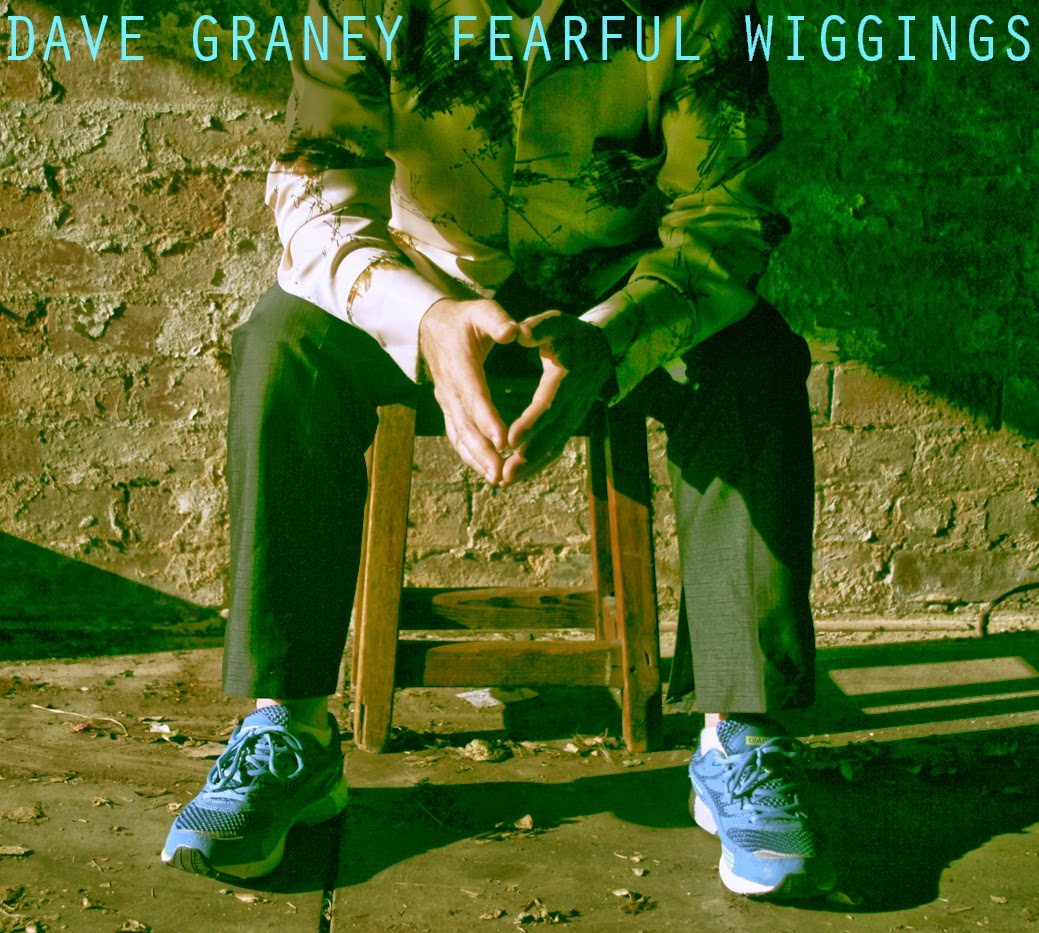 An album preview show will be at the Workers Club in Melbourne May 2nd. 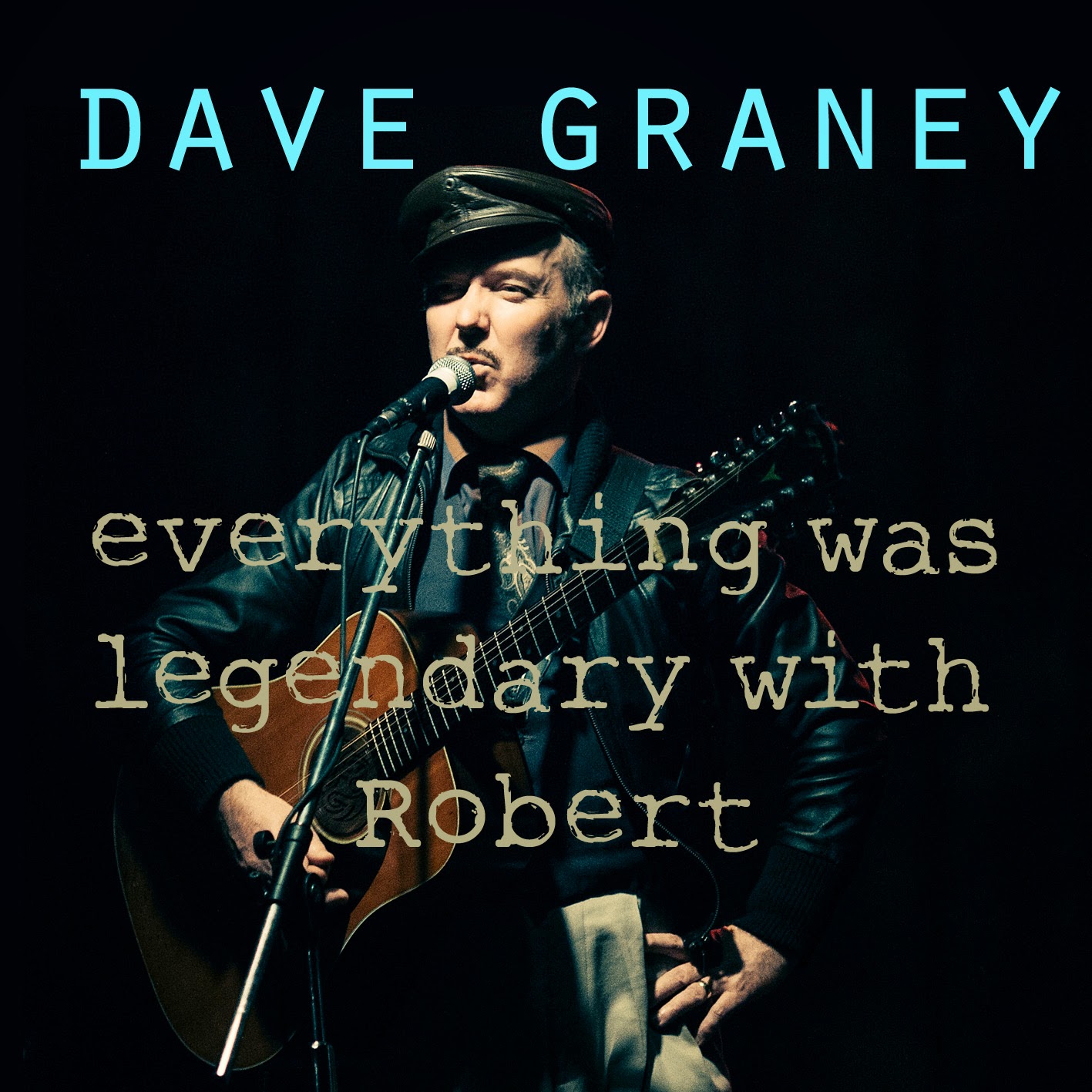 Posted by dave graney at 4:43 AM No comments:

Here are some photos from the Stu Thomas Paradox sings LEE HAZLEWOOD show March 22nd at the Flying saucer Club. Stu dressed the stage with some paintings he'd done. He approached this seriously and meticulously! 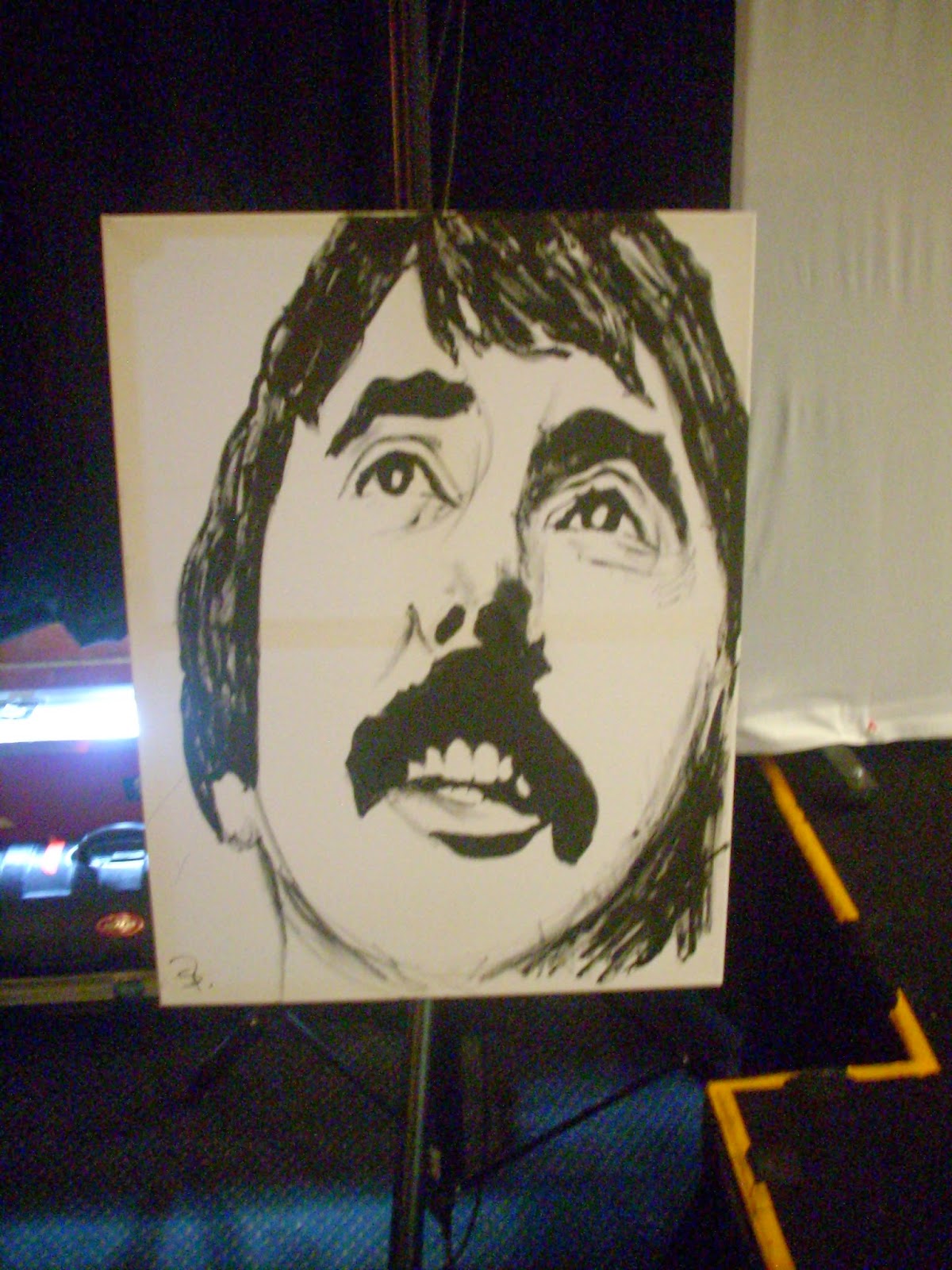 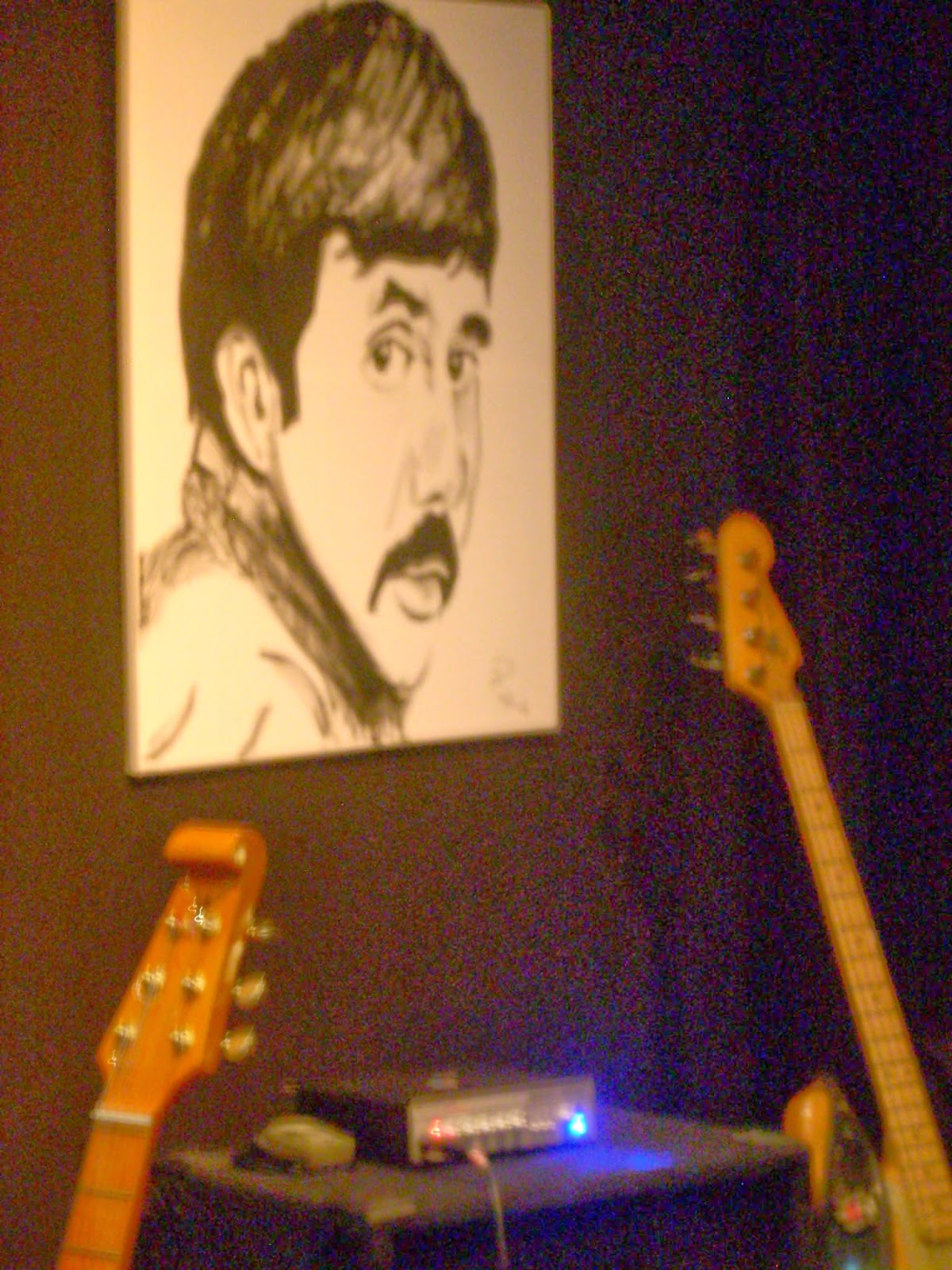 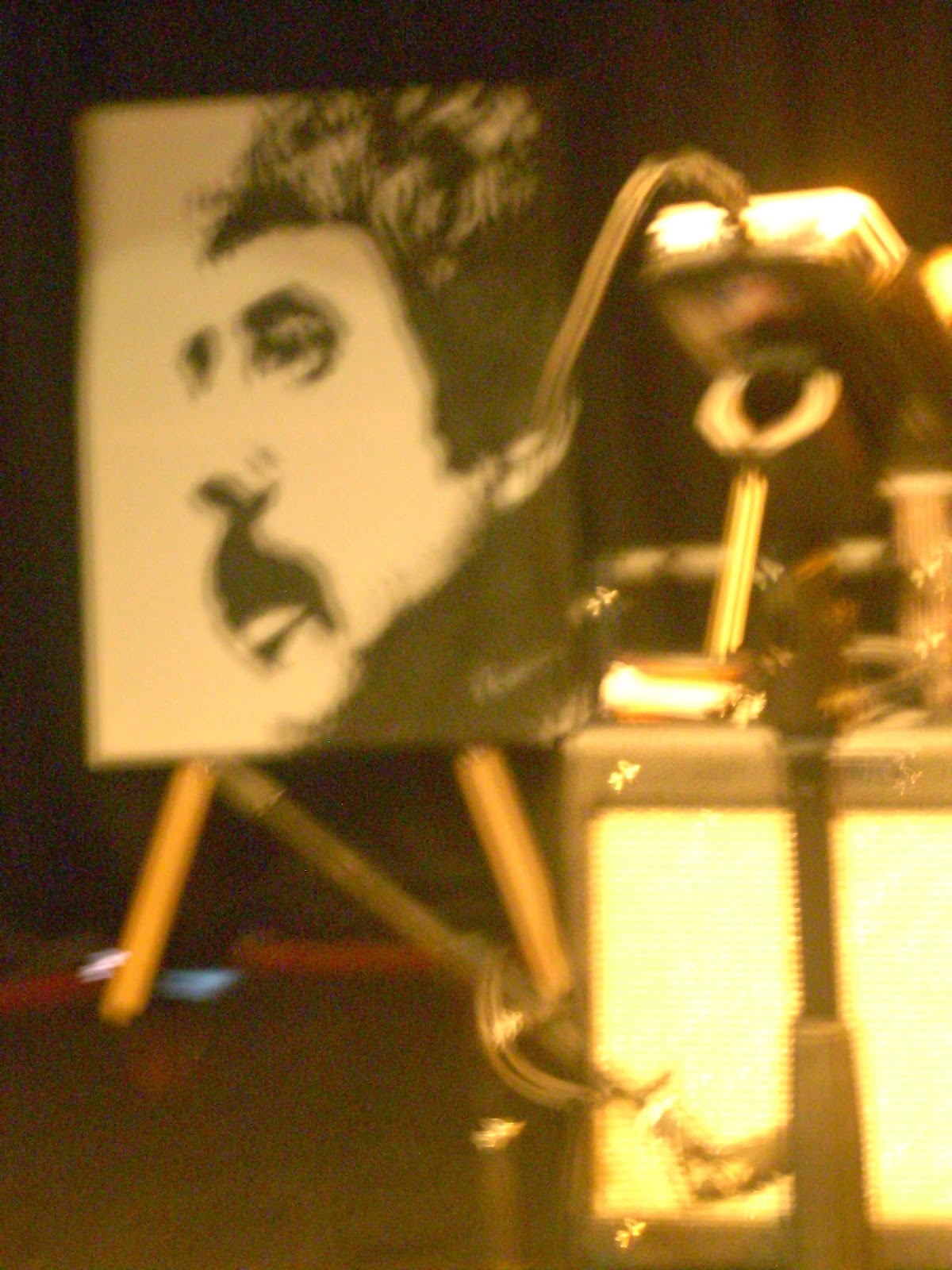 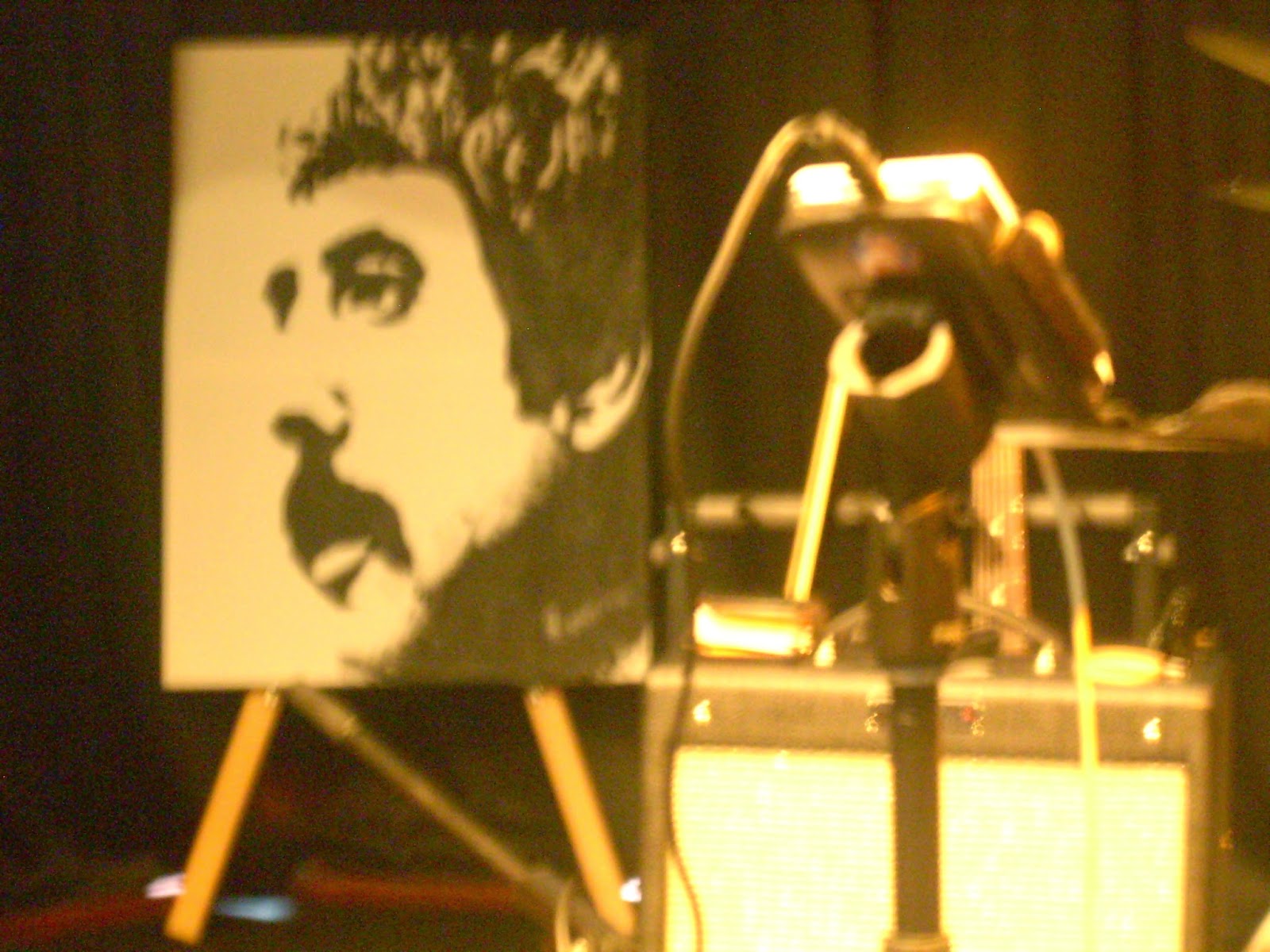 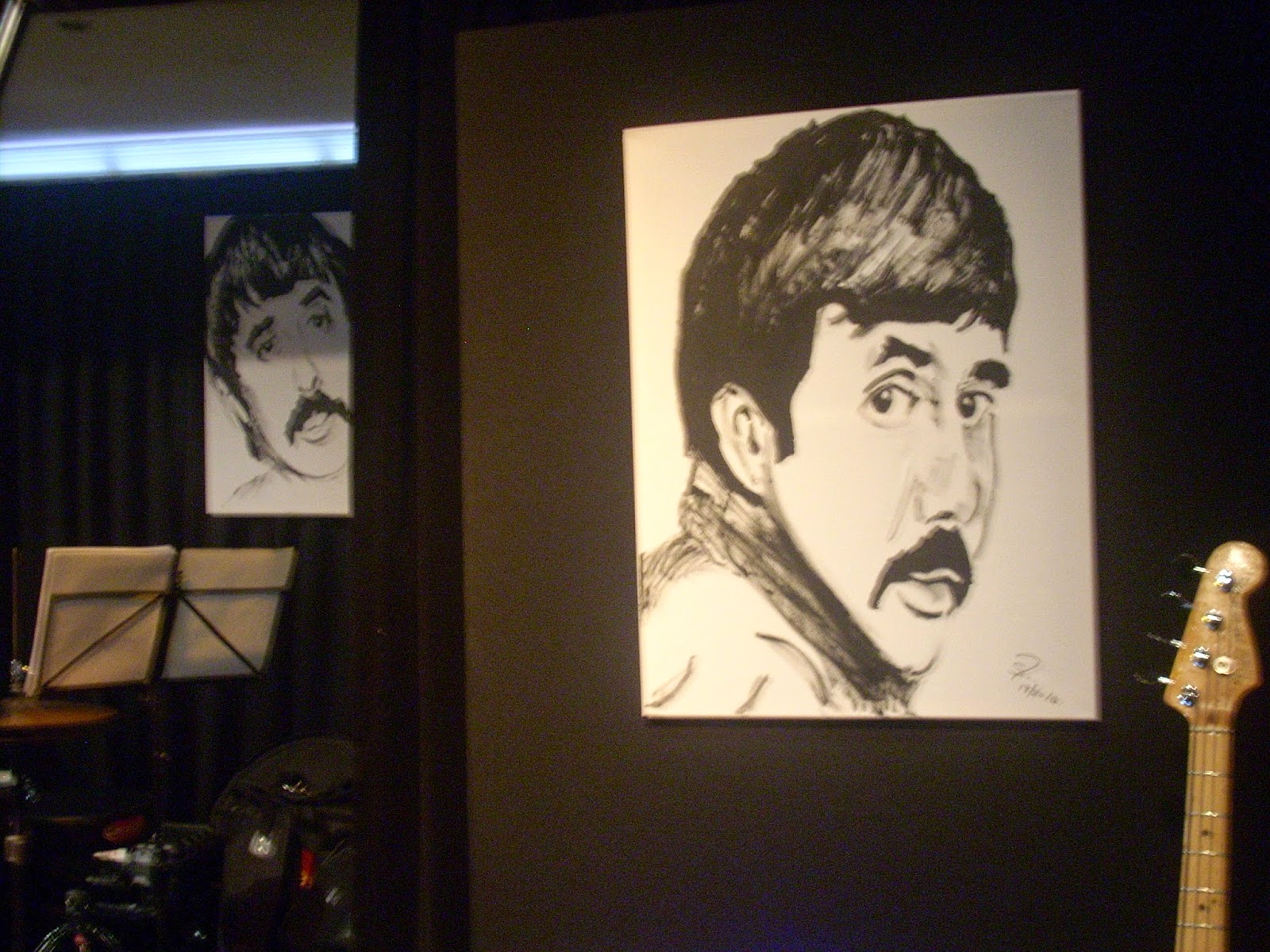 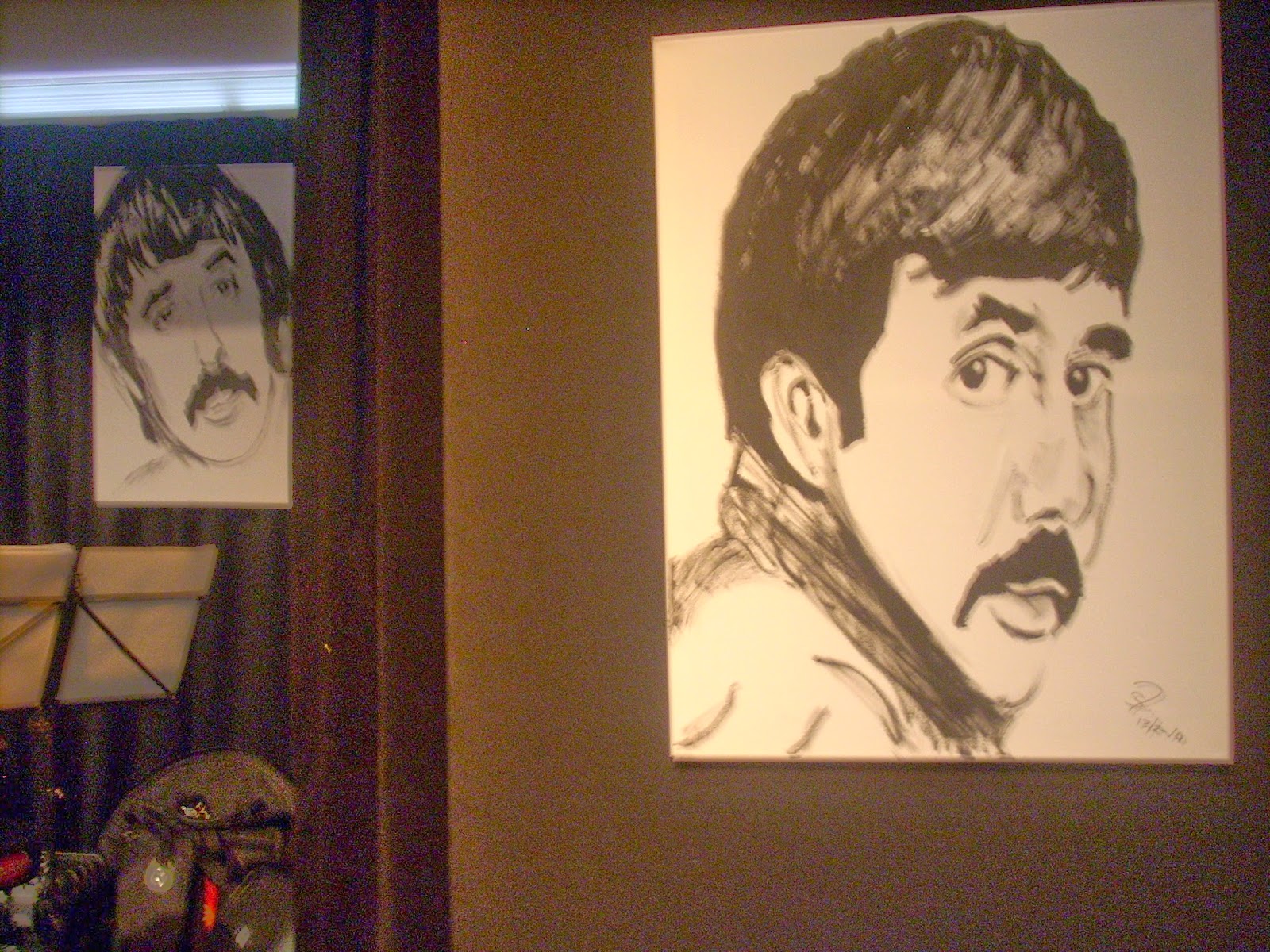 Stu Thomas also plays bass with the mistLY. His voice was perfect for Lee. Sometimes his register was so low it was like he was showing off. 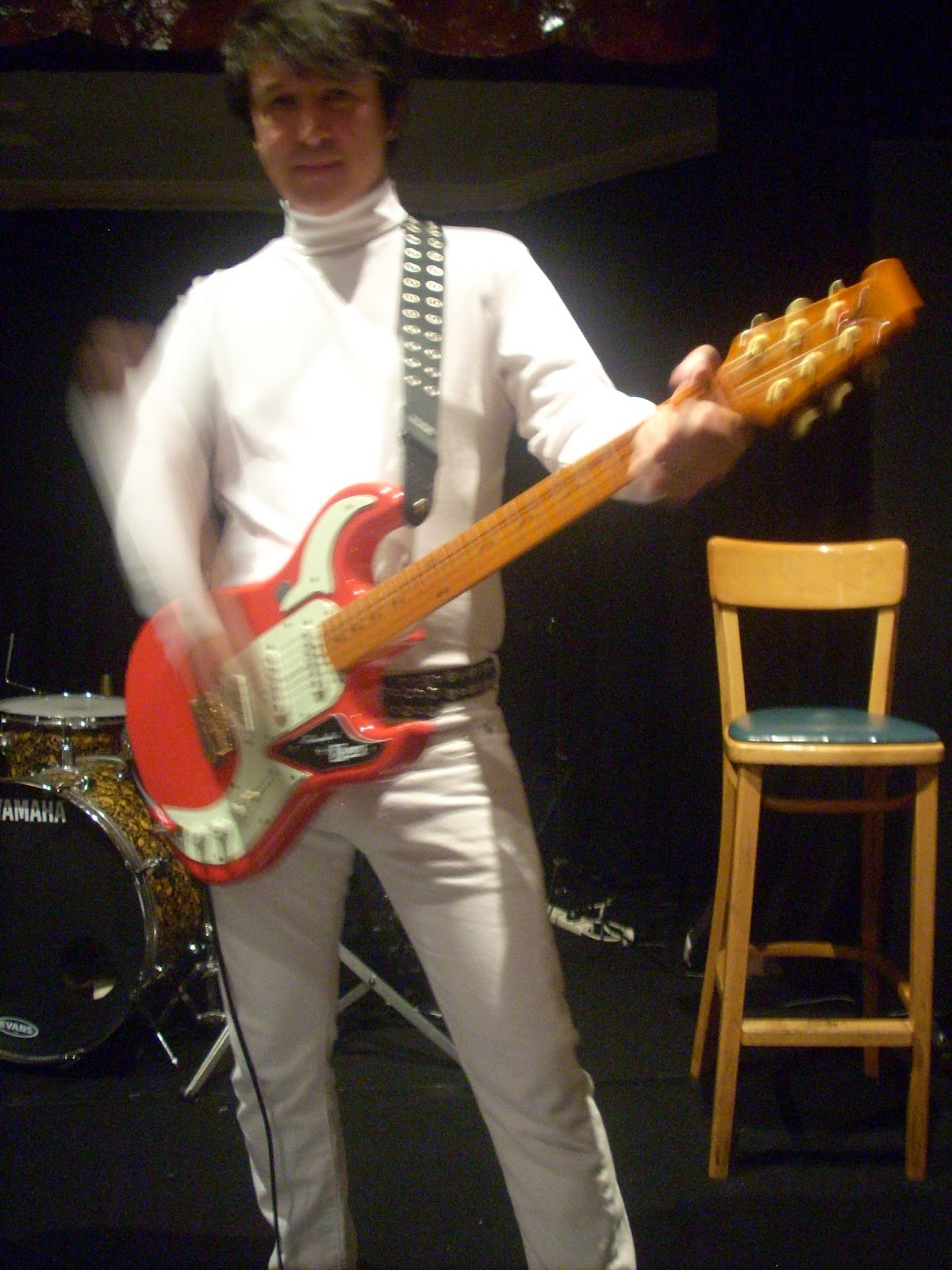 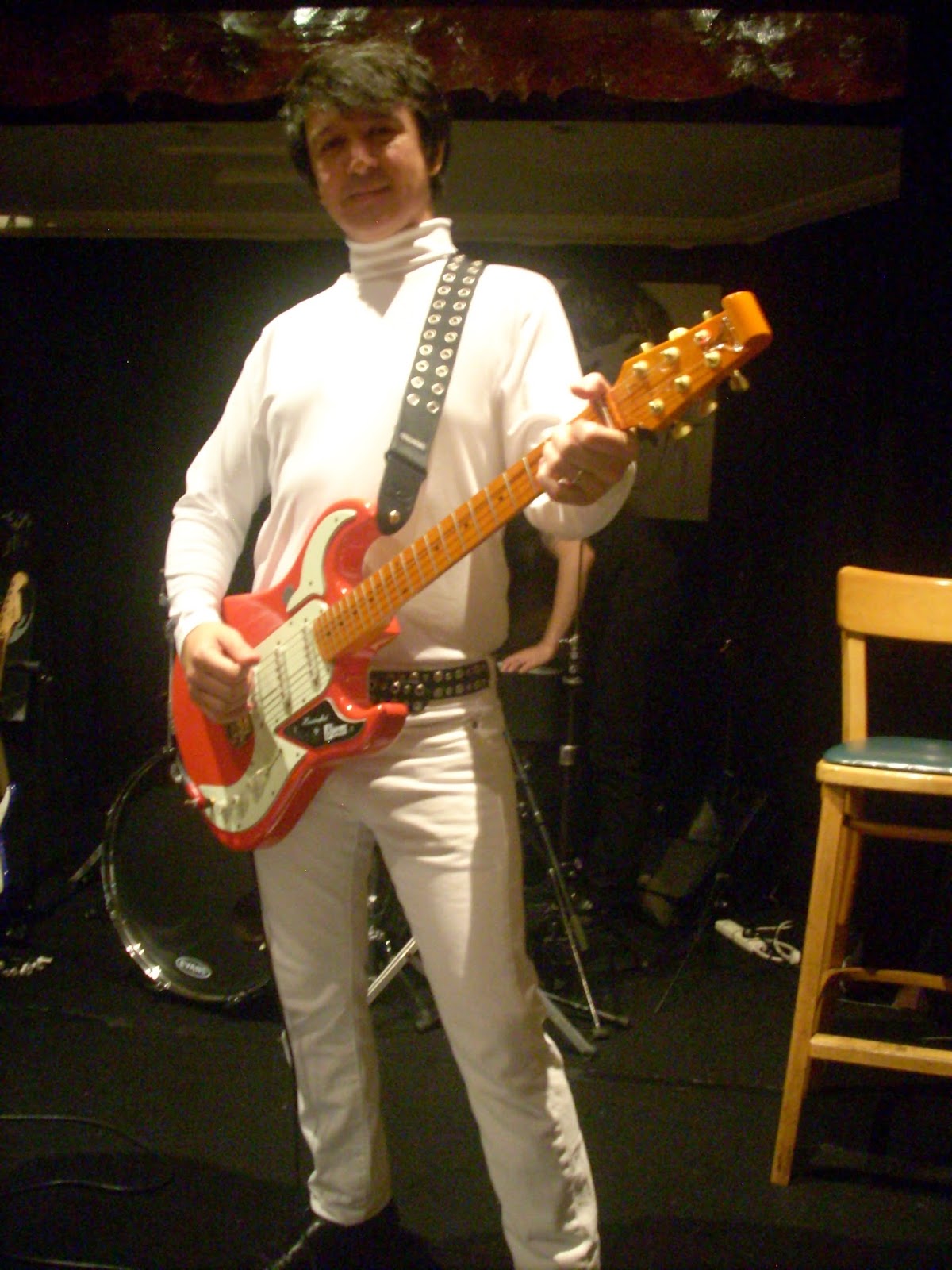 The show was all about LEE. Only one or two of the LEE and NANCY SINATRA hits. A fanstastic song he did with Ann Margaret called SLEEP IN THE GRASS. 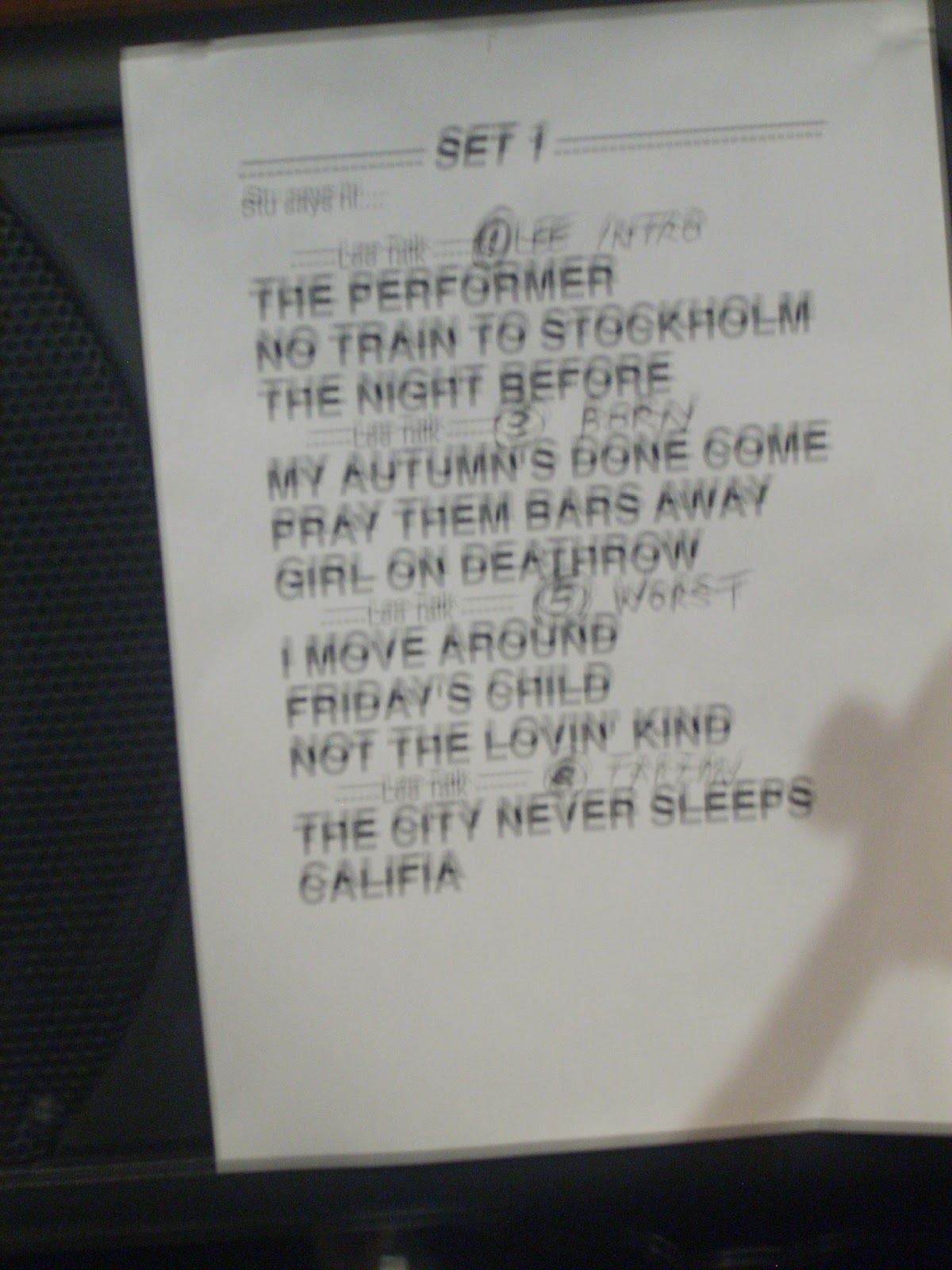 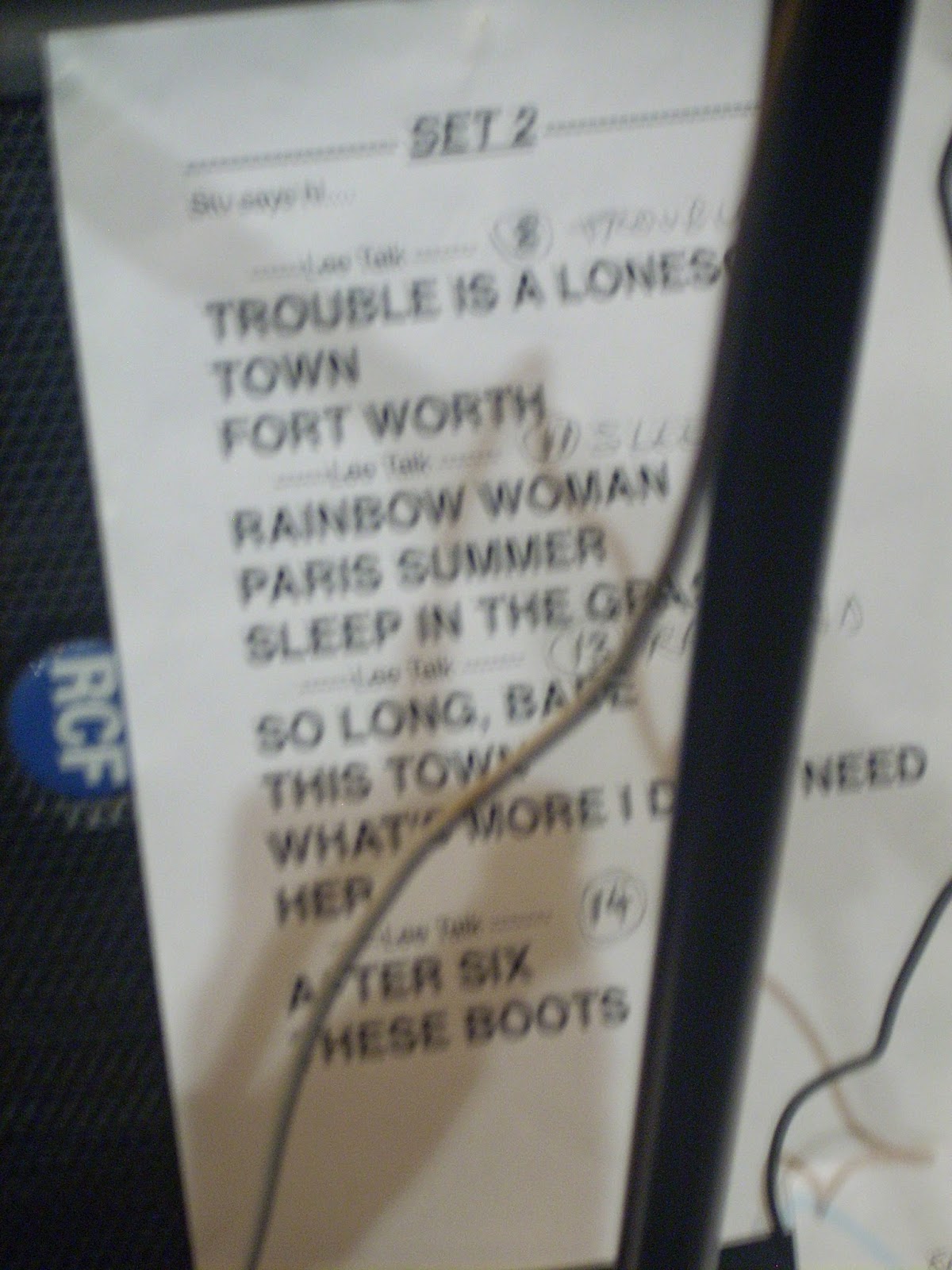 Clare Moore was on keys and vocals. Amazing performance and playing. Skills! 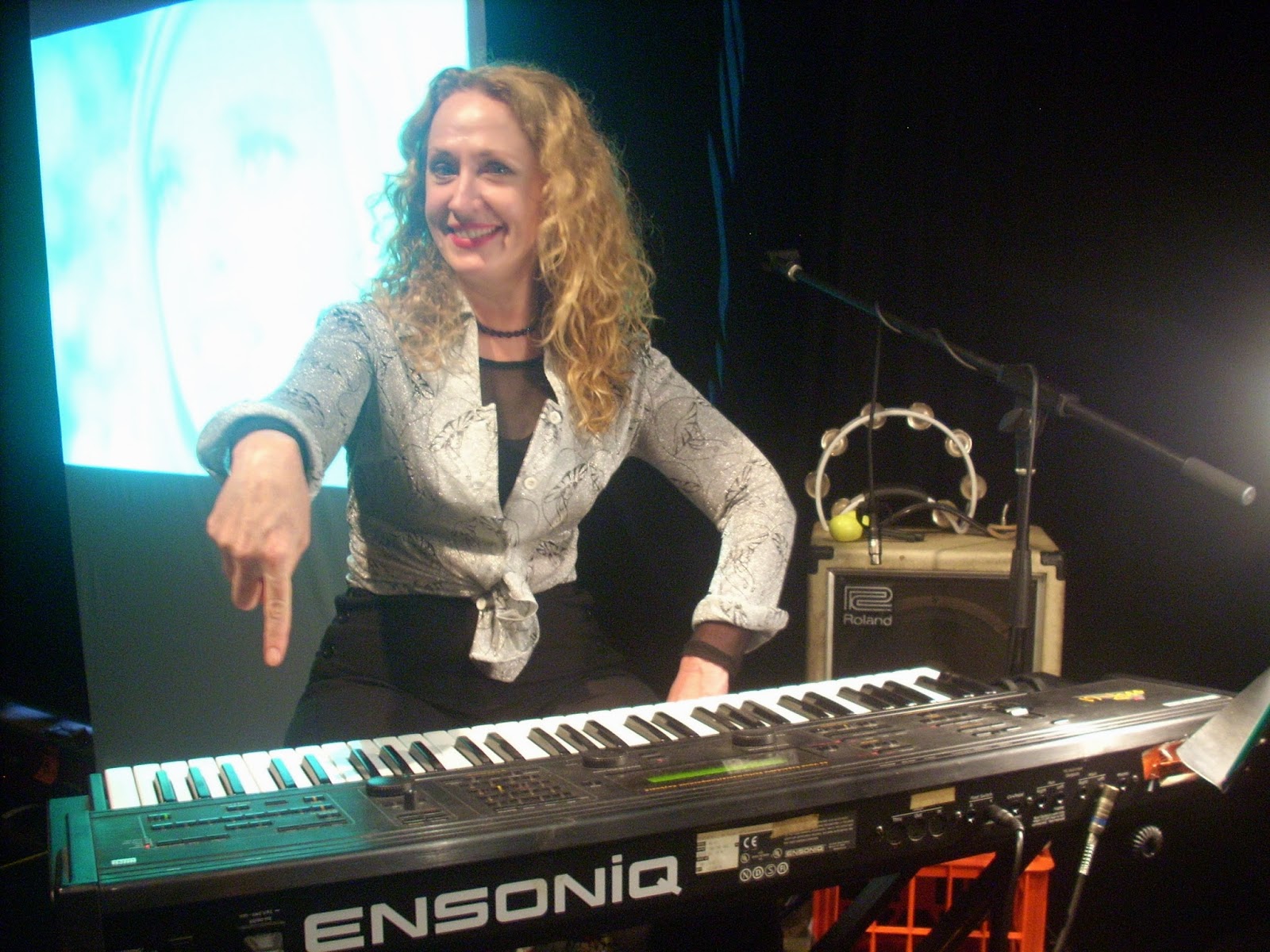 Phill Collings played so deftly and quietly. Setting the tempo and shifting the gears. What a  pro! 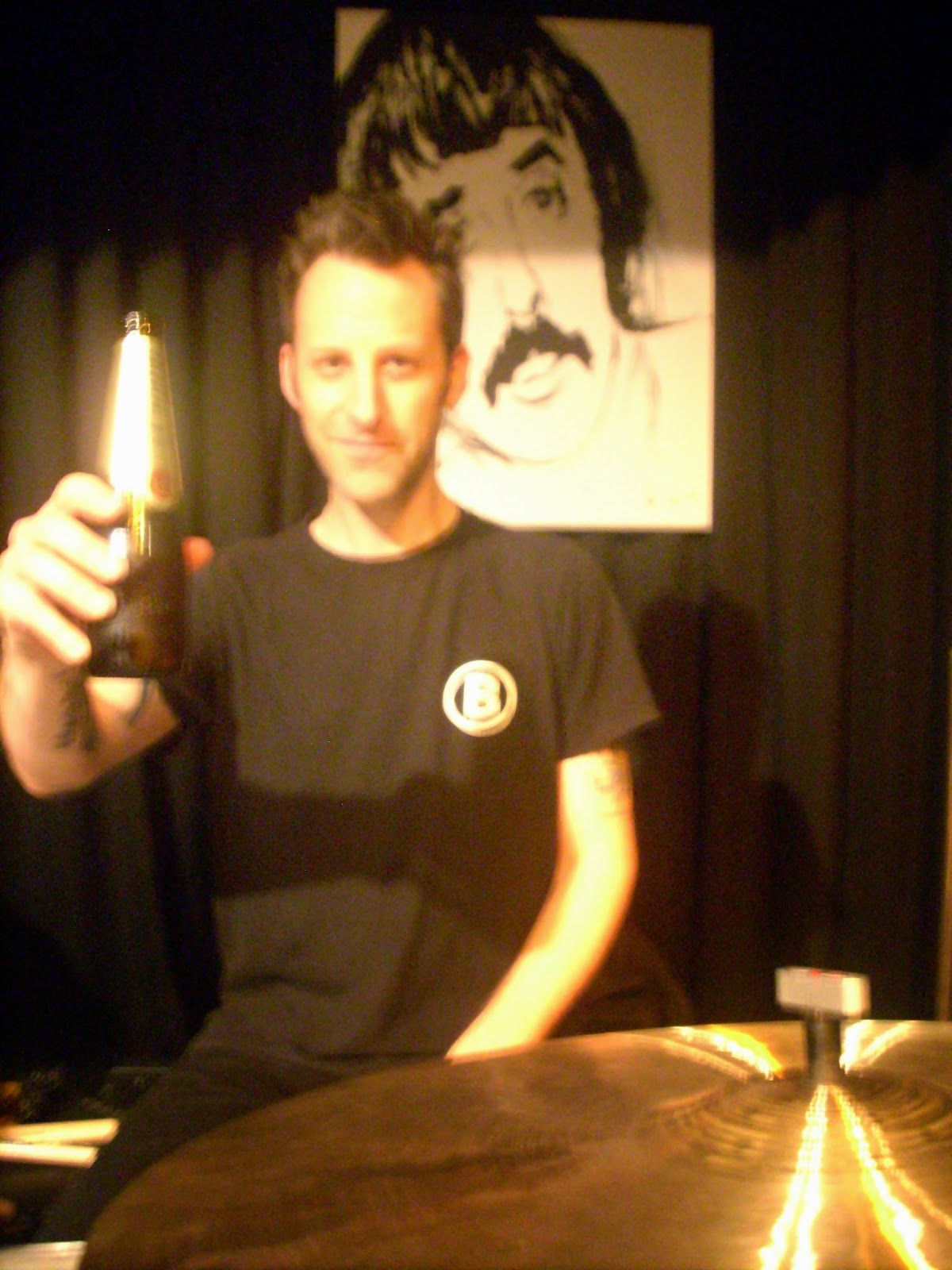 Eduardo Miller played the bass. In a very happy frame of mind as he learned the Sts were in the lead in the football. 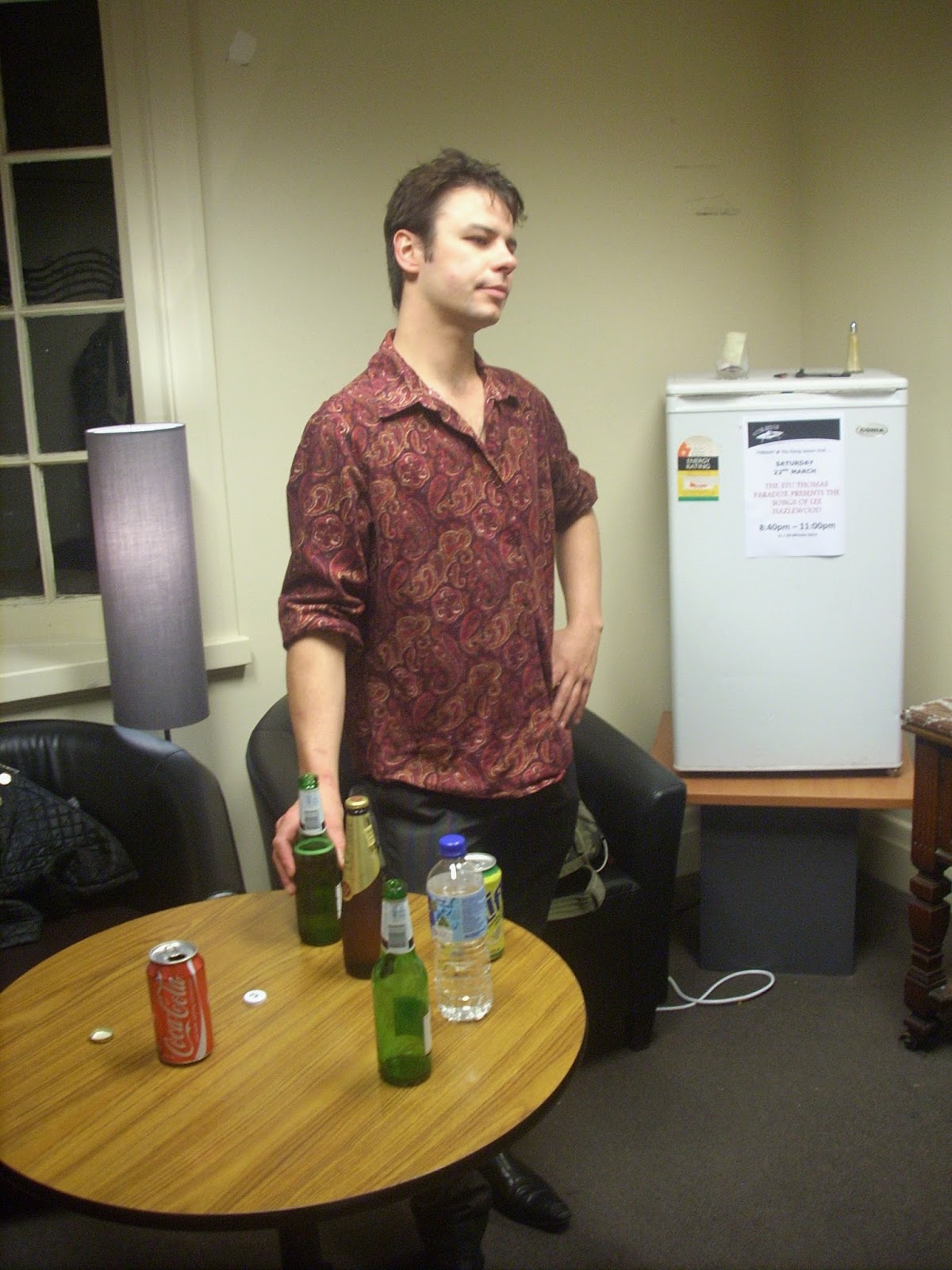 It was a punt by Stu. Just wanted to actually play all the songs and not worry about accentuating the HITS or whatever. People were there who were HIP to the material. A real night for music LOVERS. 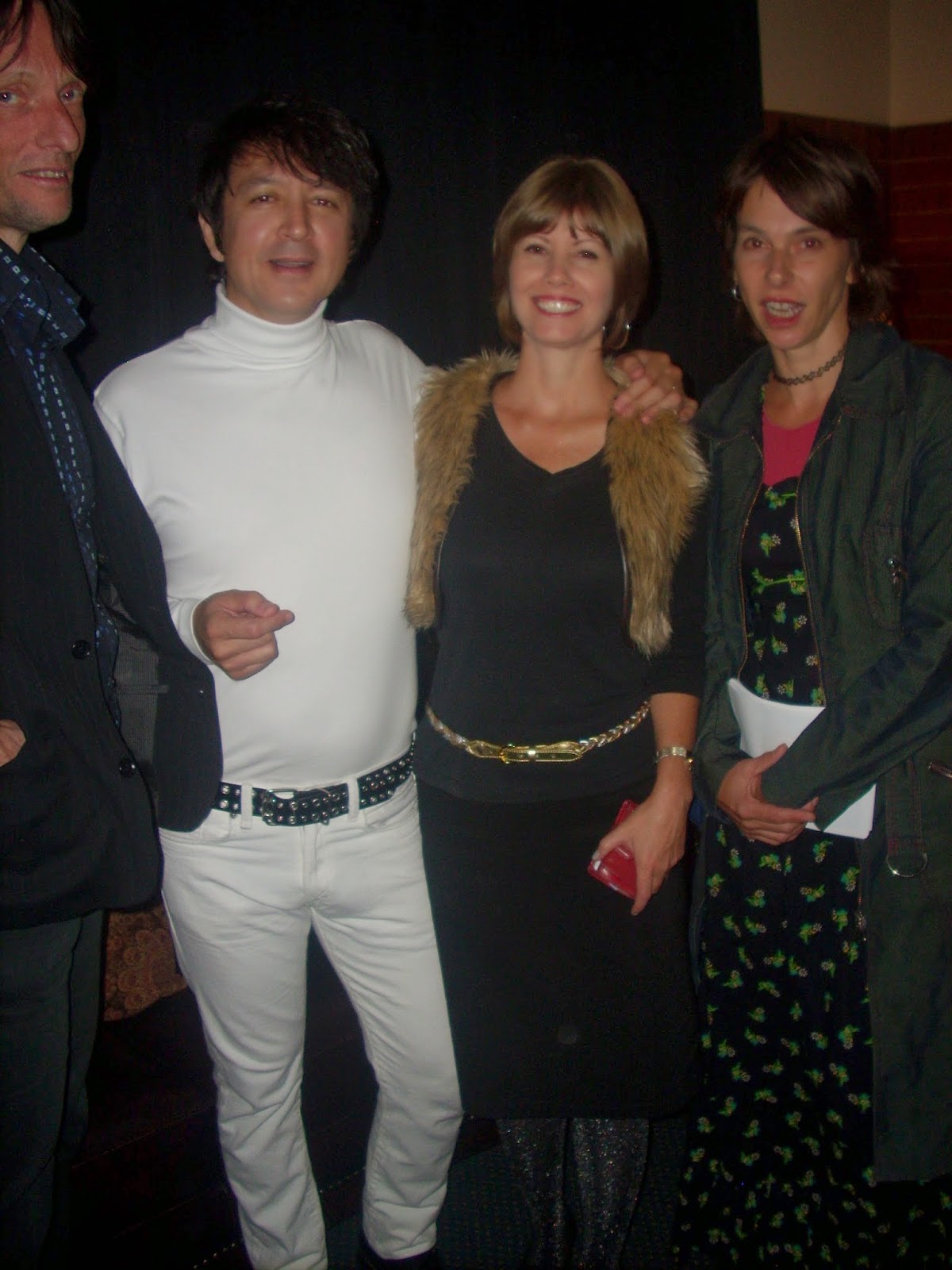 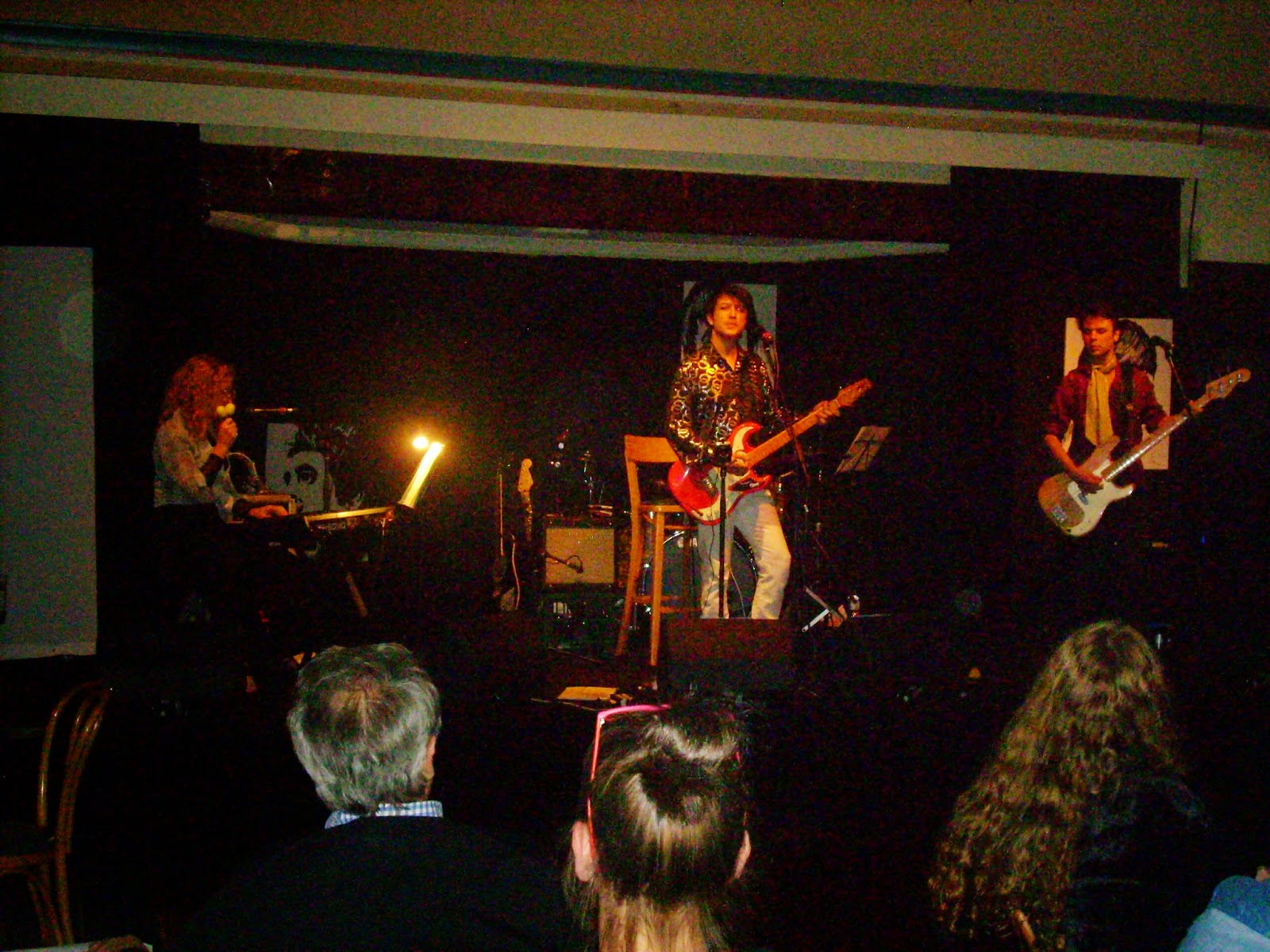 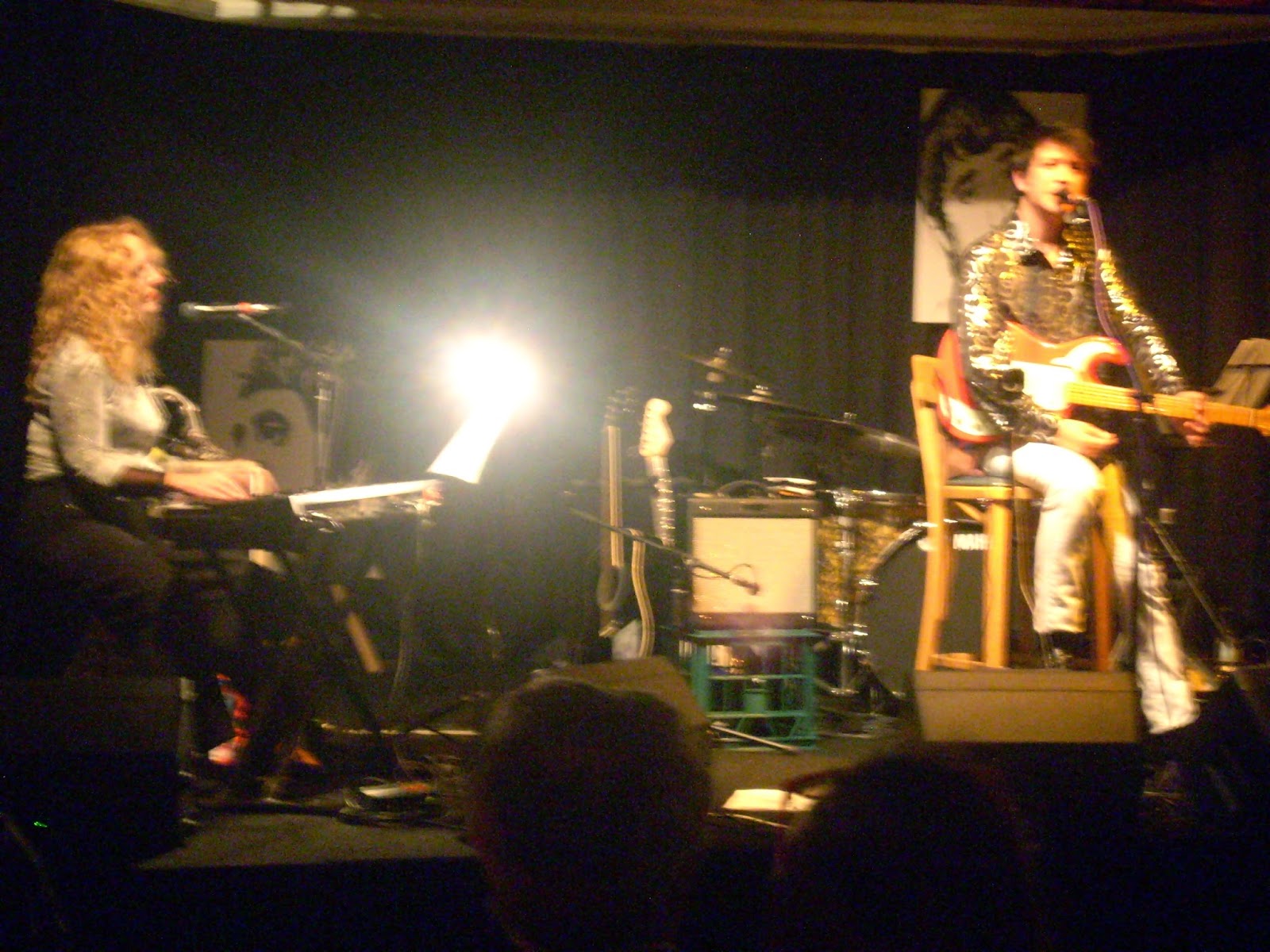 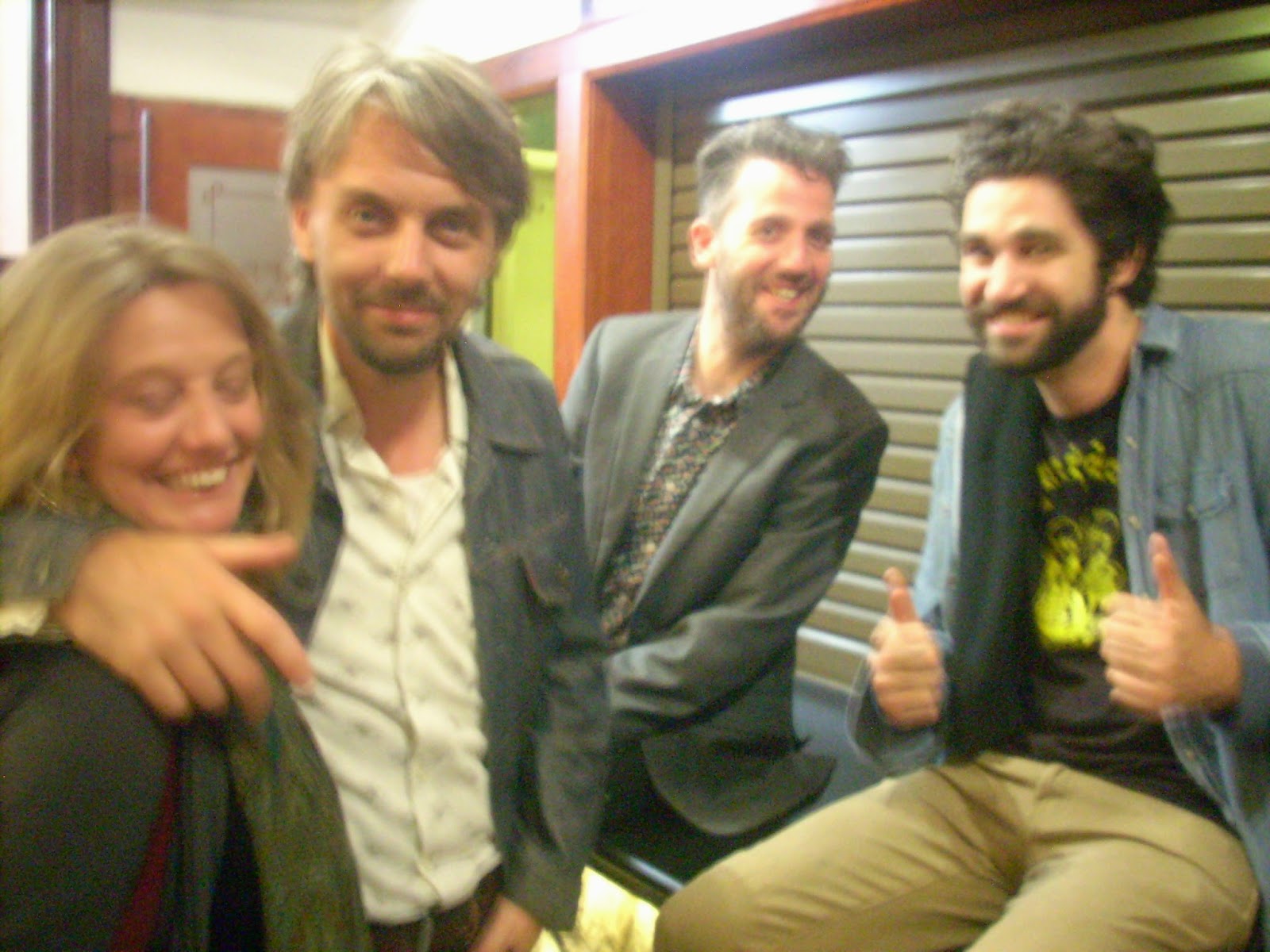 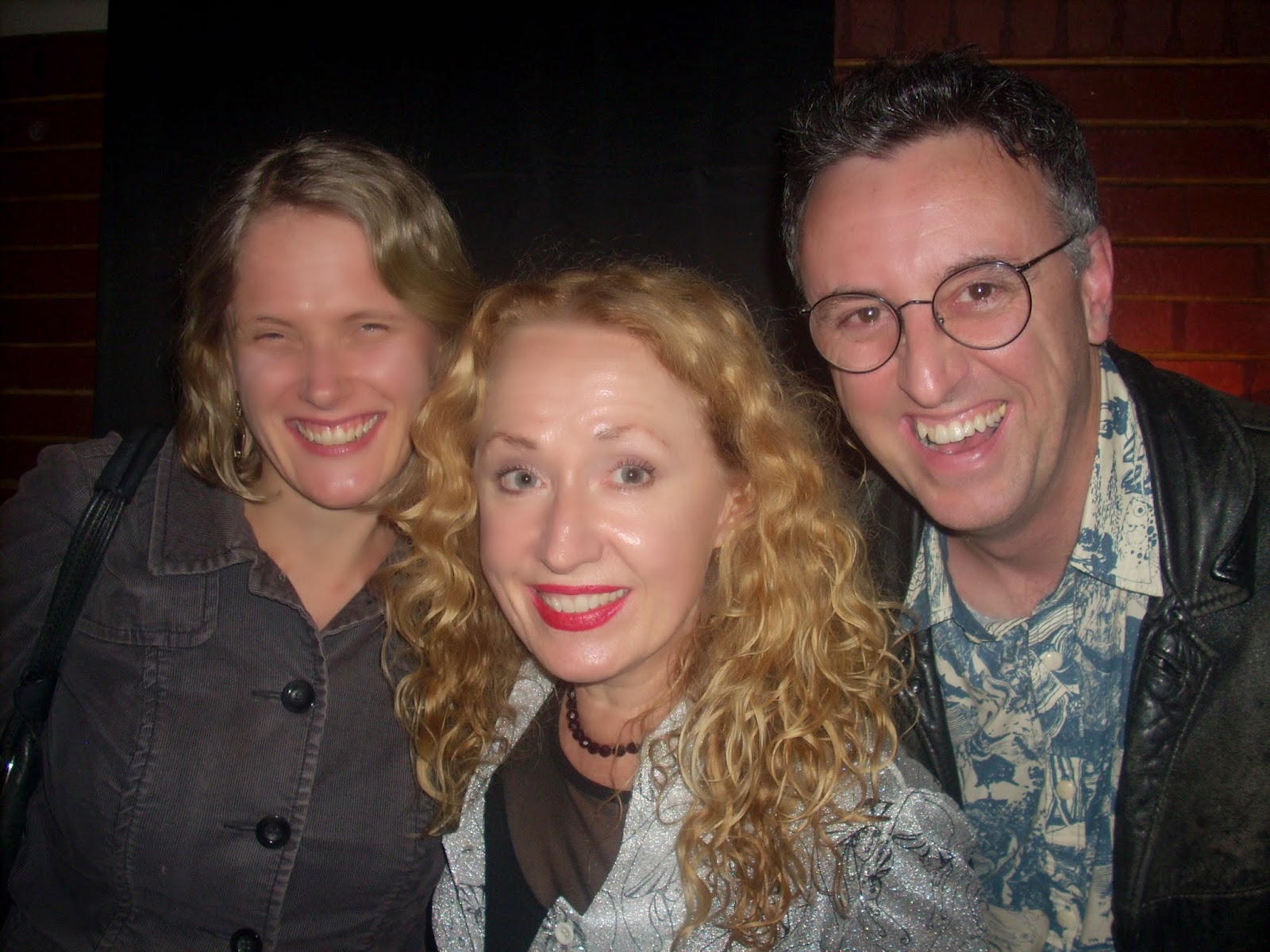 Here's a Lee song they did "PRAY THEM BARS AWAY"

and another- "After six"

Posted by dave graney at 6:18 PM No comments:

Hello Comrades- been a while - some stuff will be happening soon...

2014 is marching on at quite a pace. I've been sitting on this new album since the start of the year, keen to get it out and start working.
The record is quite arty and minimalist, yet pop. I started it in early 2013 by putting down a lot of ideas on acoustic guitar. No actual songs in mind. No choruses or arrangements. I was trying not to think of the END, how they would  shape up. As it happens, they didn't change much.
I did the guitar with Idge at Soundpark. Then I ran into Lisa Gerrard from Dead Can Dance at a film music event.


She invited me to record some vocals at her studio in the country. I think she imagined I'd turn up with a song or two but I had 14 on my hard drive. 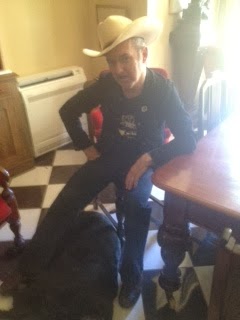 She had these beautiful mics in her studio with deluxe valve reverbs. I was just singing in the room, with no headphones. Lisa sitting and advising her engineer about EQ and effects. An amazing experience. 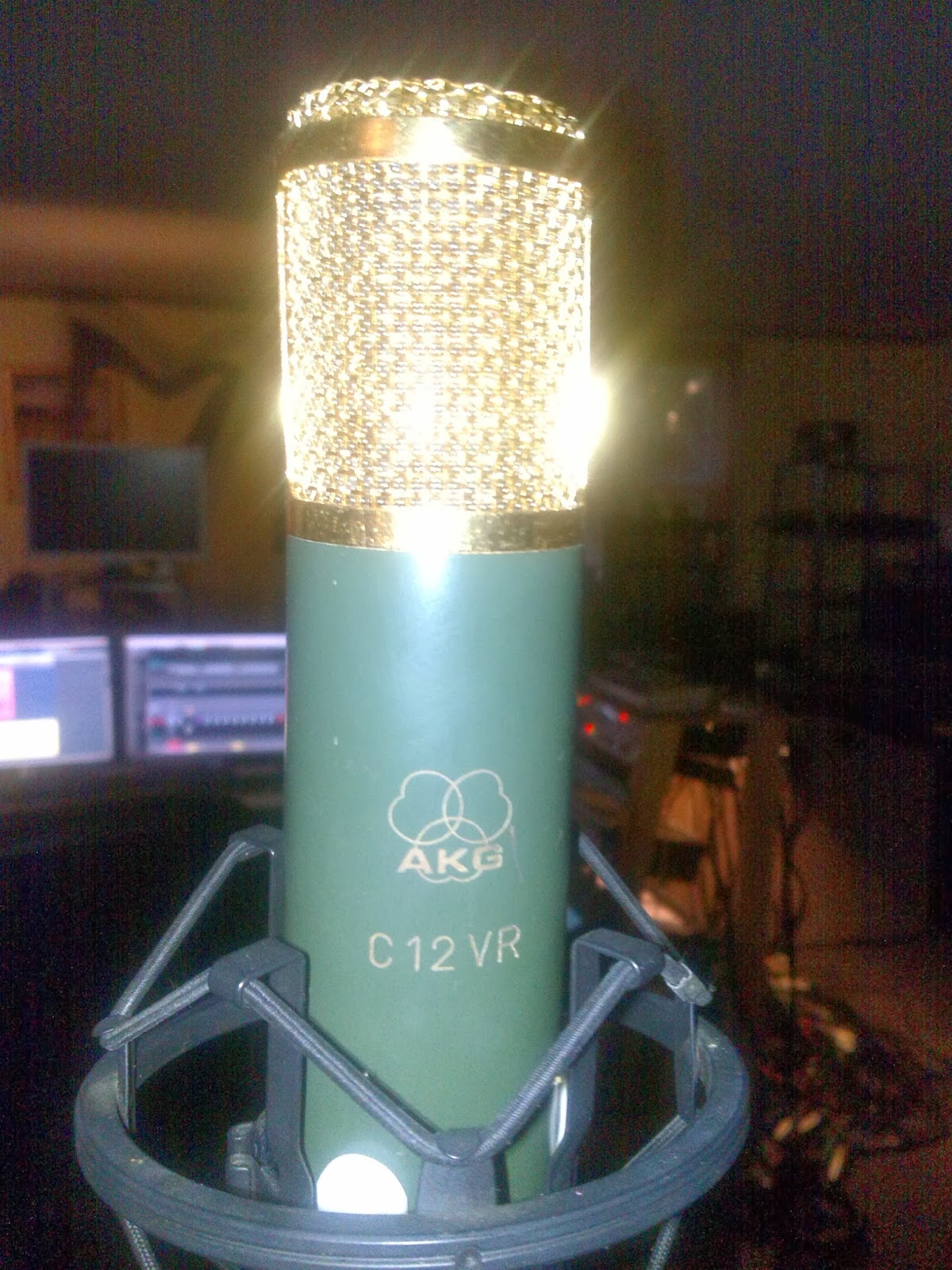 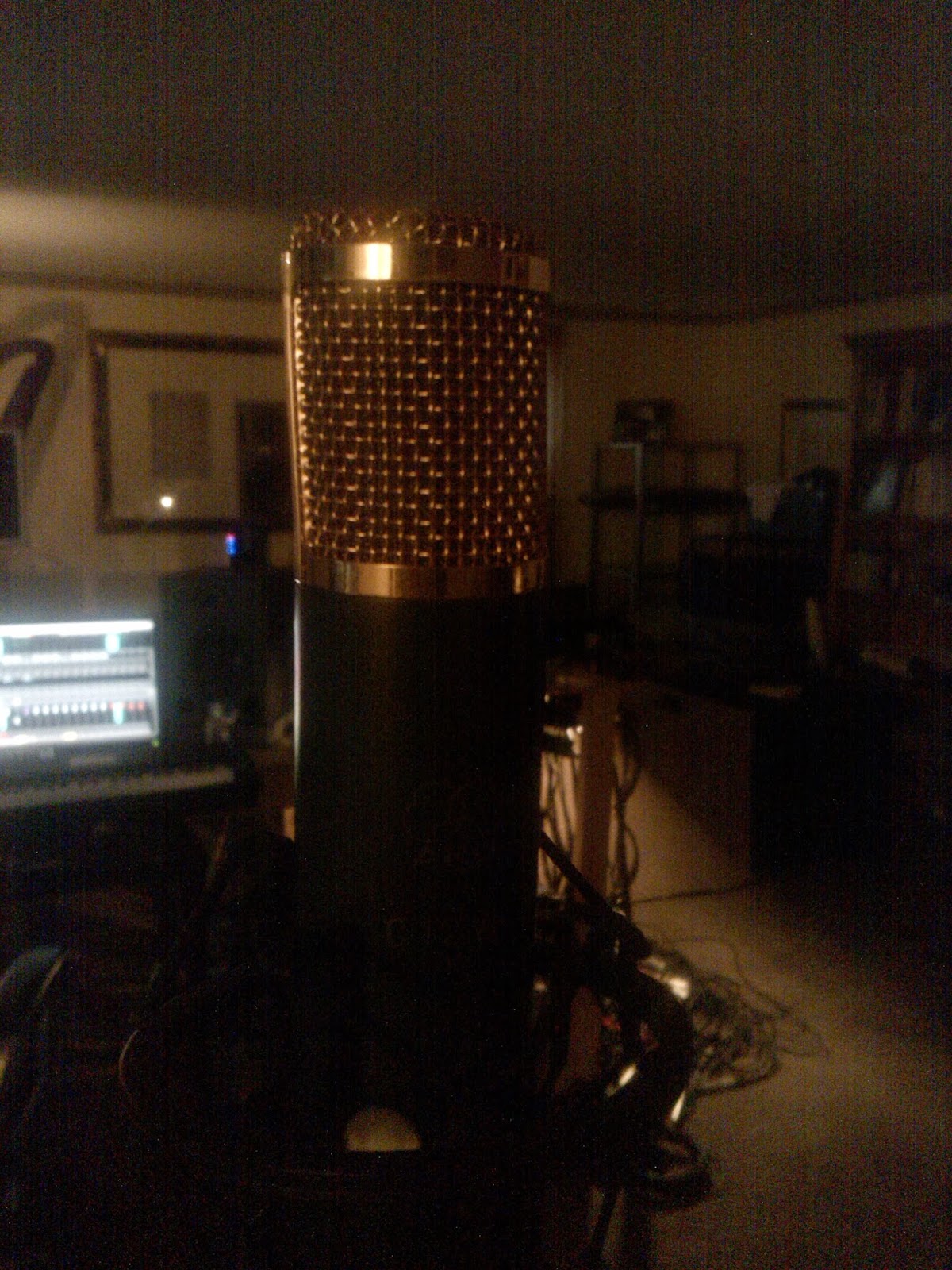 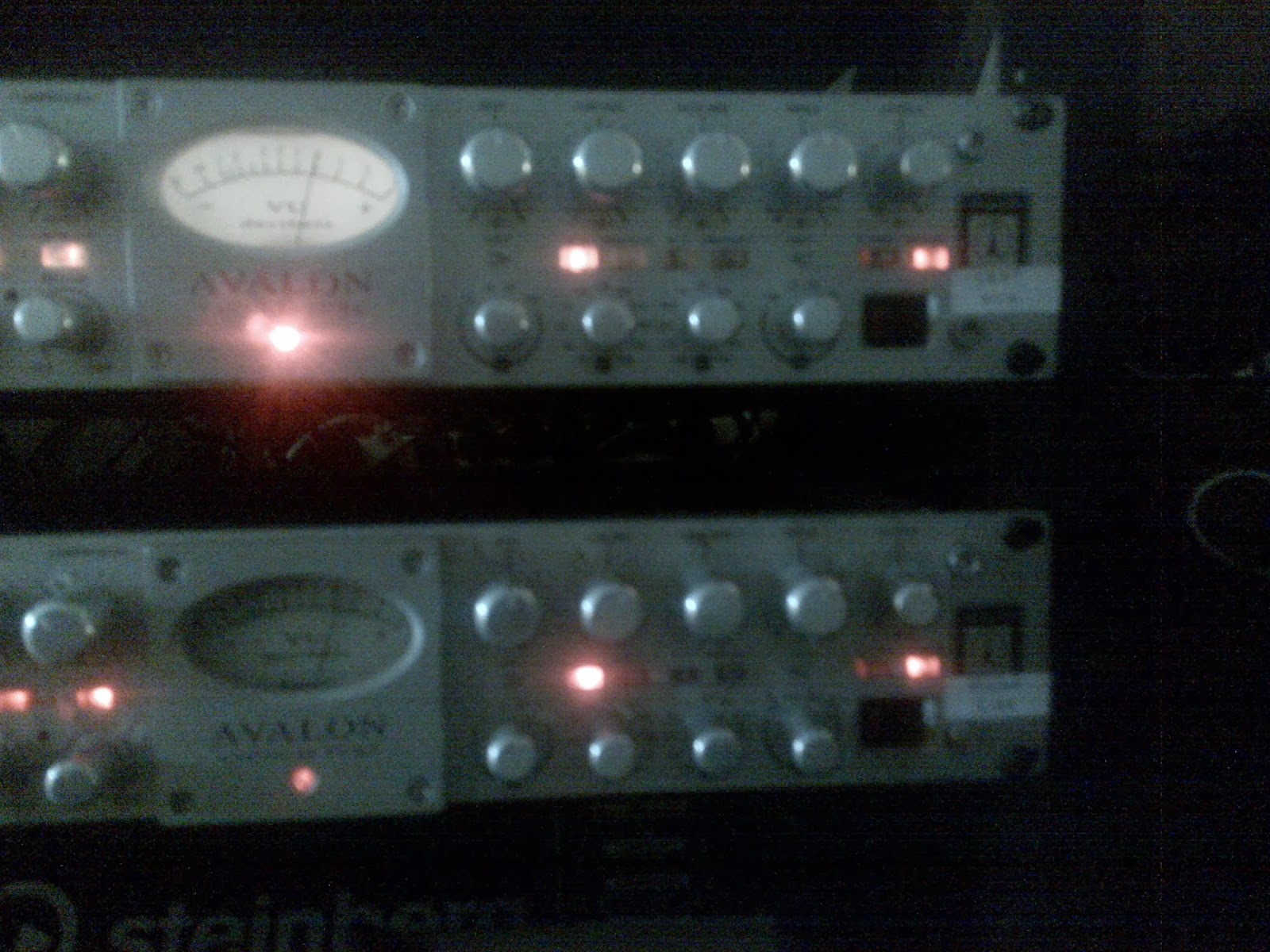 I was there for a day and a half.

The rest of 2013 I was busy with the Dames, Wam and Daz and Harry Howard and the NDE.

I worked on it the rest of the year.  It's coming out in May. 13 tracks. I play guitars, bass, keys and made up some beats. Clare Moore played vibes, bass xylophone and sang on it a  lot.
I also had Nick Harper play guitar on two songs.


Funny, I'd been listening to tons of UK folk from that 60s / 70s period and Nick reached out to me from deep within it. He'd grown up with all those figures around the house. I sang a song on Nick's album and he played on two songs on my album. He's a demon on guitar.
I was very humbled and amazed to see his cd , "Riven" was dedicated to Killing Joke - and myself!

Lisa was great to work with, however briefly. It had  a great impact on me. And my music. We'd been aware  of Dead Can Dance since their beginning - and before- in the early 80s Melbourne scene. We probably went to their first ever shows and saw Lisa play solo gigs at pubs like the Rising Sun In Swan st Richmond. We saw them again at their Melbourne show in 2013, thirty years later. 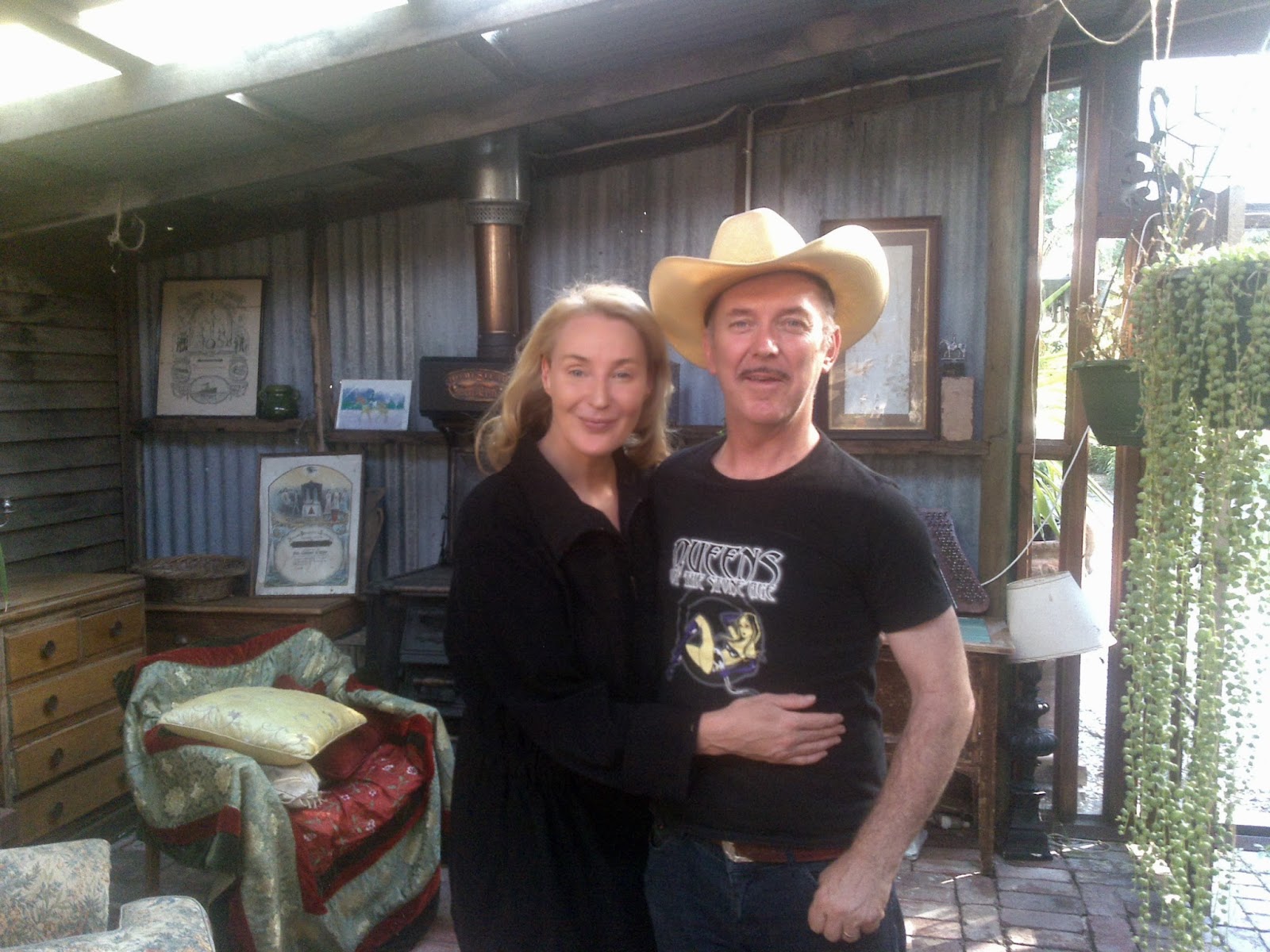 I spoke to a  friend in the UK and he urged me to get the record mastered properly. I looked up the figures who had mastered recent records I loved and did it with Roger Siebel in Phoenix Arizona, because I love the sounds on those last two Bill Callaghan albums.

We're going to be doing some shows soon. All around the place. Doing more of a set that chimes with this album.


Friday May 2nd we are previewing the album at the Workers Club in Melbourne
July 20 and 21st we are at the Wheatsheaf Hotel in Adelaide.  More dates to come.


A single , with accompanying video, for a song called "everything was legendary with Robert" will be Monday March 24th. 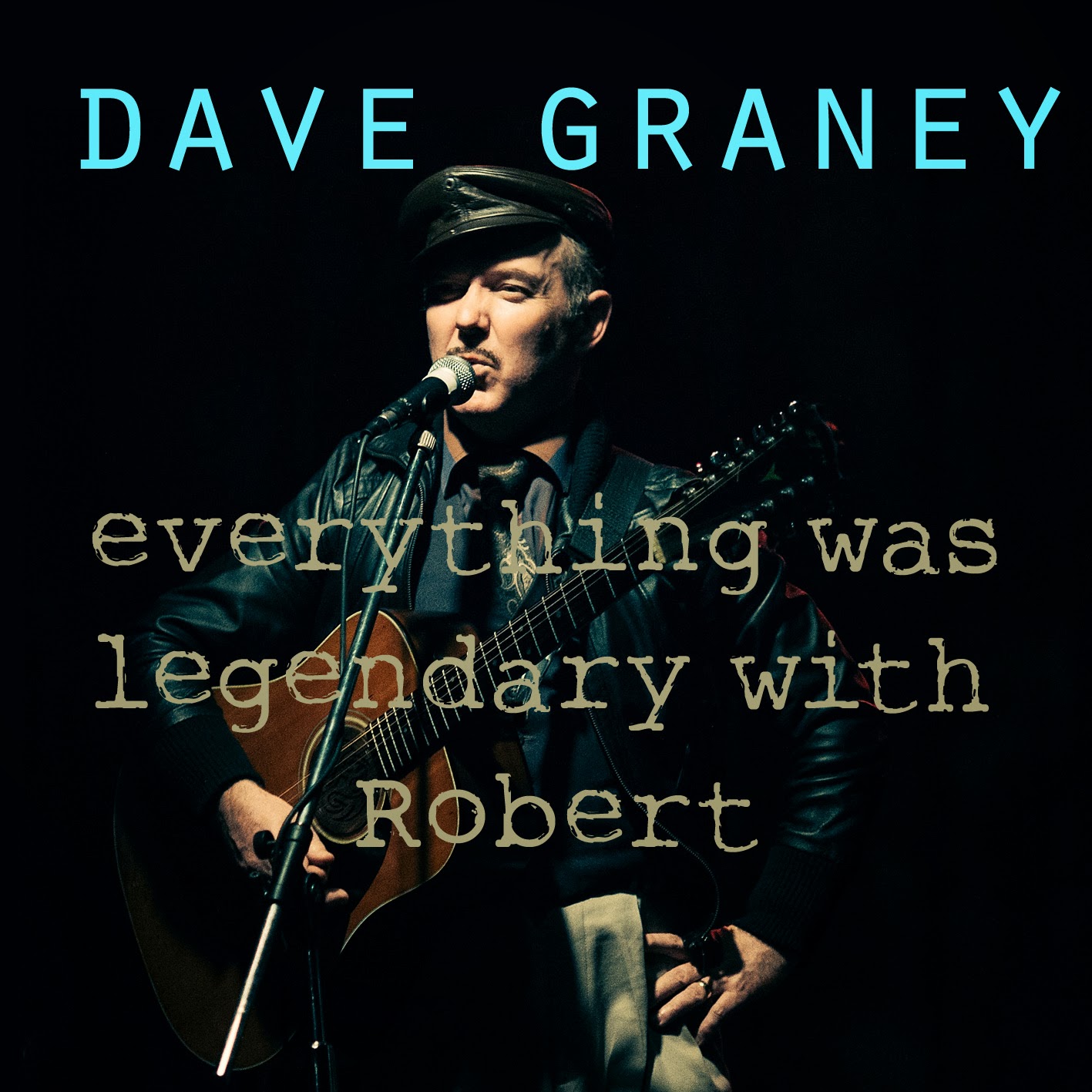