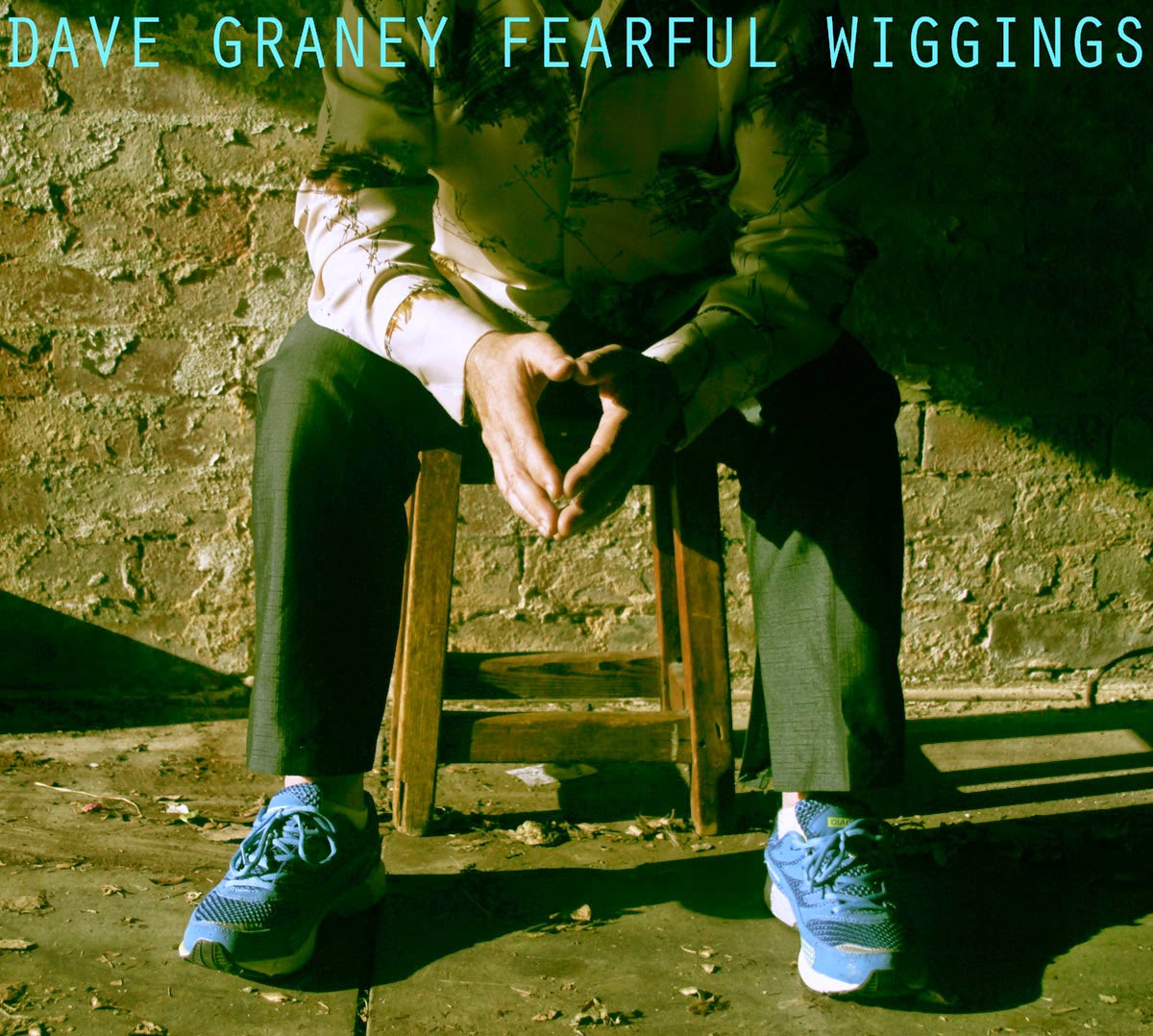 Cover pick by Tony Mahony. I bought the shoes the day before and the shirt a couple of days before that. Tony called as I was on a train into town, suggesting we do the cover shoot so its not really a  posed or styled shot.

I'd started the recording in early 2013, looking at being pretty occupied with the DAMES and HARRY HOWARD and the NDE for most of the year. Recorded all the songs on acoustic guitar with a few mics at different places as well as an amp in another room and a DI.

Didn't think of the final FORM of the songs, just wanted to work my way out from inside them.

Ran into Lisa Gerrard (Dead Can Dance) at a film music event and she invited me to do the vocals at her studio in country Victoria. 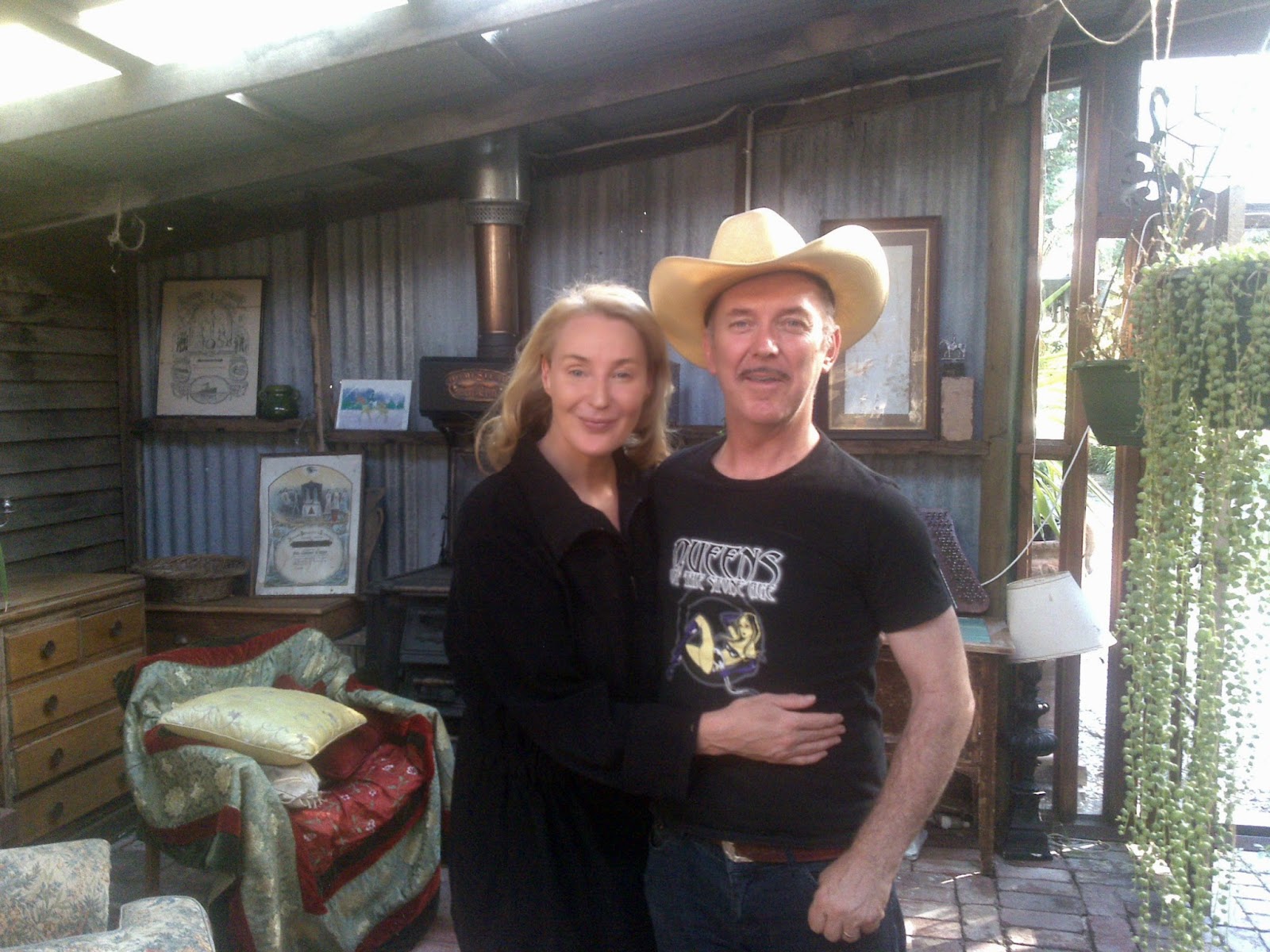 The full story of that session is here.

Then I got in touch with Nick Harper, a UK player who had asked me to sing on a song on his 2013 album RIVEN.
I'm on a track called THE BEGINNING IS NIGH

Both instances involved other artists reaching to me from out of nowhere. I was very touched and inspired. (Nick had dedicated his album to Killing Joke and me...)
Nick's guitar parts are amazing. (He plays on two songs)

I'd been listening to a lot of 70s UK Folk for years and really wanted that ambience. Nicks father, Roy, was one of the stellar architects of that scene.


I worked on the recordings through 2013 , adding vibes and bass xylophone played by Clare Moore. Otherwise it's all me on guitars , bass, keys and some beats. I was always reaching for the Bo Diddley feel - such as in EVERYTHING WAS LEGENDARY WITH ROBERT.


The clip was conceived, directed and edited by MICHAEL VALE and DONNA McRAE who had done an equally stellar clip for THE DAMES. We had worked on the film JOHNNY GHOST with Michael and DONNA and hope to continue thet association on their next project. They came up with the seance/ spiritualist elements and the George Melies tribute effects.

I spoke to a friend in the UK and he urged me to get it mastered outside of Australia. I looked around at records of recent years I'd enjoyed and settled on Roger Siebel at SAE in Arizona as I loved the two most recent Bill Callahan albums, Apocalypse and DREAM RIVER.

Here is the track listing...

1. A WOMAN SKINNIES A MAN UP
2. EVERYTHING WAS LEGENDARY WITH  ROBERT
3. HOW CAN YOU GET OUT OF LONDON?
4. COUNTRY ROADS, UNWINDING
5. FLOWER OF THE EARTH
6. FEARFUL WIGGINGS
7. I’M THE STRANGER IN TOWN
8. JE EST UN AUTRE
9. LOOK INTO MY SHADES
10. I KNOW YOU CAN’T SEE ME
11. EVERYTHING IS PERFECT IN IT’S  BEGINNING
12. THE OLD DOCKLANDS WHEEL
13. I WAS THERE

The itunes version has three exclusive tracks that we recorded.

We're playing in a different style and tempo, many different songs from the past and in some DIFFERENT kinds of venues.