First things first- Our next Stage It show is Thursday 21st at 8pm AEST. A link to get access here. 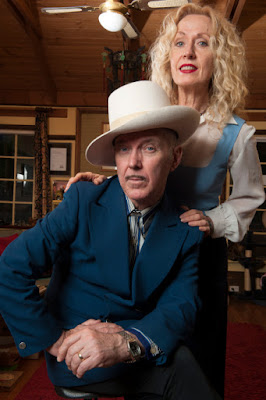 Hello comrades, am I alone in finding the current situation enlightening? I doubt it.

A great article on this feeling here. Prepare For The Ultimate Gaslighting.

I hope all the musicians are feeling it. Keep strong. The greatest periods in popular music have been brief moments when the players are in control and everybody else is catching up with them. Psychedelia, hip hop, bebop, reggae, punk. Fuck the business and people who want to get the ship back where it was, because where it was was not in the players favour.

I heard a Melbourne club owner talking on  radio about closing their business. How they couldn't afford to keep it going. All the people that were involved. The cleaners, the bar staff, the lighting people, the djs, the bookers and all the people who are contractors like musicians.... Last in line.

Well that business is closing but the players will abide is all I can say.

Hey we have this album coming out tomorrow as well. It's the first of three planned for this year. All from the vaults, different times and places and songs. This was from a one off gig we did in early February in Canberra with myself on guitars, Clare Moore on vibes , keys and percussion and Robin Casinader on keys/mellotron . Its called In Concert because that's the eay we played it and we had a  wonderful room and audience who let us play that way. (Even though it was not an actual theatre - more of a seated club).

You can preview and pre order for a very low price here at Apple Music. 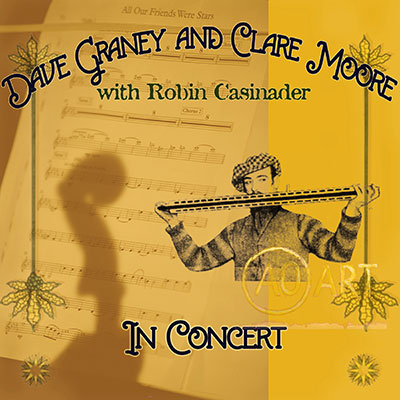 It's a digital only album. Also will be at Bandcamp.

Our next Stage It show is Number seven. This includes a couple we have done in USA or UK friendly times. It has been pretty exciting. So many variables, the browser, the upload speed, the sheer number oif people online in THIS SITUATION.

It has indeed exposed the poor quality of Australian internet possibilities, a plaything of the ruling conservative party since Labour came up with the idea of a national NBN and the conservatives - under Mr Nopey the Mad Monk Abbott - had to oppose EVERYTHING ( and were rewarded with government for doing so). They were mainly acting for Rupert Murdoch who feared a good broadband would undermine his Foxtel business. So they did his bidding. Abbott tossed the NBN to his party nemesis Malcolm Turnbull to gut and and enfeeble while explaining it would be cheaper. Turnbull did so - and still huffs and puffs that it is the best. Fuck that toff. In the nose.

So we are armed with a mobile broadband dongle as we dont get NBN until next month. But really, is there any other country on the globe which could benefit from good internet as much as distant (especially from each other) Australia?

Hey, I'm sounding angry! Oh well.
Stage It is quite a good platform and we have enjoyed a couple of Robyn Hitchcock and Emma Swift shows from their pad in Nashville. We also just saw that Ramsey Lewis is doing one soon! (4am Australian time makes it harsh though )  There is no facility for watching back - its all IN THE MOMENT.

Last week we ran through the Cruel Seas Black Stick, Taboo by Arthur Lymon and Frankies Negative by the Moodists as well as some deep cuts from our 1998 album The Dave Graney Show. (One of our favourite albums.)

Other times we have done Sweet Surrender by Tim Buckley, High Coin by Van Dyke Parks, The Lowdown by Boz Scaggs, Dolphins by Fred Neil, Time Waits For No One by the Stones, You're Gonna Miss Me by The Thirteenth Floor Elevators, The Bogus Man by Roxy Music, 1-2-3 by the Len Barry Combo and others - as well as different cuts of ours from different albums each week. Clare on vibes, keys and percussion and me on guitars. Why not give it a burl?

We have been watching BERLIN BABYLON which is set in Berlin 1928/29 and is such a high quality German production.  Highly stressful viewing. But we can take it and have just started series three.

Bryan Ferry apparently loved it so much he started doing music for it and then appeared in Series two singing in a  cabaret.

A marvellous, subtle way of stringing out the politics of the time. People in power desperate to head off the Marxists, something called National Socialism in the background. Rough kooks they think they can use. Desperate poverty and casual violence.

We have also been addicted to THE LAST DANCE. The story of the Chicago Bulls in their halcyon 90s period. Such a cast of characters and amazing skills.

Started an occasional game of chess after lunch and reading a  few books on that. (If its good enough for the RZA!)

Otherwise, just keeping up on some French Grammar and starting a book here and there. Finding it hard to settle on one.

Say strong and enlightened comrades! Lets hold the thoughts of a different world!