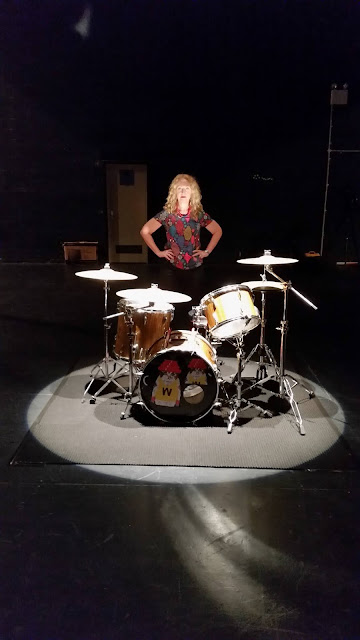 Started out in the Moodists. Then there was Dave Graney ‘n’ the Coral Snakes.

Along the way there was the Dames.

and Harry Howard and the NDE.

Involved in the writing, production, recording, mixing and releasing of over 40 albums.

The song called LOST IN SPACE was recorded by Reneee Geyer for her album, TONIGHT in 2005.

The soundtrack to the movie BAD EGGS, (Liberation 2003).The entire score written, arranged and recorded by Graney and Moore.

The Royal Dave Graney Show - "The Brother who lived", 2003 on Cockaigne). Produced by Graney and Moore. Contained "Midnight to Dawn" and "all our friends were stars". The Post Moodists reformation rock action cd.

2003 saw the release of "two fisted art", a double CD compilation of material by the Moodists. Shows were played in Melbourne and Sydney in June. The CD was released and distributed by Hot in Europe in May.
"Night of the Wolverine" (COCK010) was re-released, along with six extra tracks in July 2004).

Ray from Innit on Vimeo.

2005 saw the release of Hashish and Liquor on Sydney label Reverberation. A double set with Graney taking one disc and Moore the other.

2008 saw the release of the album " We Wuz Curious" which was credited to the collective "Lurid Yellow Mist...featuring Dave Graney and Clare Moore".This being very much a collective effort in composition and execution.Contained the amazing “junk time” , music written,recorded and played by Clare Moore.
2009 - "Knock yourself out", released on Cockaigne through Fuse, has most instruments played by Dave Graney but has more than half the tracks with the music created and recorded by Clare Moore as well as guest turns from Stu Perera and Stuart Thomas.
2010 release -"remix compilation" -SUPERMODIFIED. 18 tracks, all remixed , re-sung,re-strung and replayed and remastered.

2010 Clare Moore worked on the Arts Centre project about Australian female musicians called "Rock Chicks". This exhibition opening culminated in a performance by a formidable band she had gotten together to back singers, Margret Roadknight, Jeanie Lewis, Carroll LLoyd, Adalita , Jodi Phillis and Diana Ahnaid.

2011 – “rock’n’roll is where I hide”. Graney and Moore returned to their 90s classics to re record them for Liberation.

2013 – THE DAMES. Clare Moore and Kaye Louise Patterson writing and recording as the Dames. Album mixed by Barry Adamson in the UK. national tour to promote it.

HARRY HOWARD AND THE NDE – Near Death Experience (CD Spooky 2013)

Feted as Melbourne Music Legends by City of Yarra/Leaps and

Bounds Festival in 2015. A concert given with a cavalcade of

Completed a 17 date tour of Europe in April/

May 2016, the main focus of which was the ATP festival in

festival was a cavalcade of underground heroes and heroines

from the music worlds of the USA/ Europe and the UK. There

Series of monthly singles with Dave Graney - collected on the album released in the following year.....

Completed a 15 date tour of Europe in 2017, playing in Spain for the first time, as well as France, the Netherlands, Belgium, England and Scotland.

Nominated at the 2018 OZFLIX awards for best original soundtrack (with Dave Graney) for the Donna McRae film, LOST GULLY ROAD

Robert Forster , "I had a New York Girlfriend", 1995. Clare Moore drums and sings on the entire album.

Kim Salmon and the Business, "Record", 2000. Clare added keyboards and vocals to several tracks on this amazing work.

Clare Moore has also worked as a remixer, doing just that for "I will always love you" by Melbourne artist Philippa Nihill, released in 2001.

Recordings and production have also been done with Kaye Patterson, (along with Robin Casinader).
Clare also recorded and performed with Henry Manetta and the Trip. A freaked out jazz/r&b band. Clare sang and plays percussion.
Clare Moore also co-produced and recorded (with Kim and Dave), the Darling Downs two cds.
SALMON, played and recorded as one of TWO drummers in this seven guitar art hard rock project driven by Kim Salmon.

Played drums with Charlie Marshall on the albums TRAVEL EASY in 2006 and SUBLIME in 2017.

Recorded Jane Dusts' first cd " a spray of red from the deep. Played drums on the second,, “ a birds jouney”  and the  third  , “Tessera Terrain”. Currently playing with Jane Dust and Emily Jarrett as a part of the Routines.

Absolutely phenomenal talent. Highly creative, productive and enduring.
An Avant-garde musician who has been moving with the times over the past 4 decades.
Moore's persona not just reflects her talent but also her love of what she does so excellently.