In regard to the photo with Silverchair in last post. 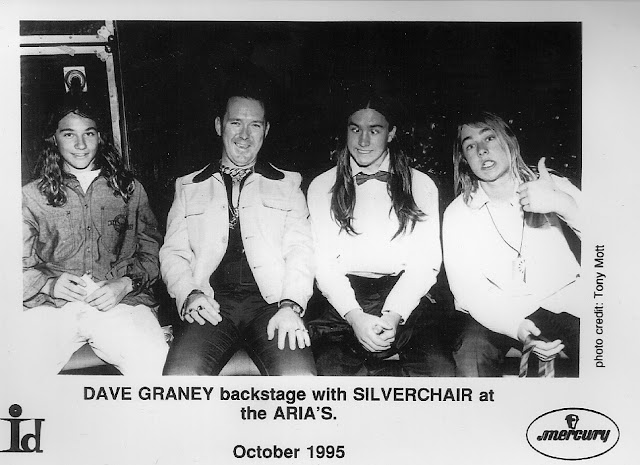 So this is from 1995 at the ARIA awards. Silverchair had won Best Single for TOMORROW which was their first single, I think.

I was there to make the scene (The ARIAS scene) and had a job to present an award. It was an easy gig. We had our album the Soft N Sexy Sound out at teh time amnd we would work it all through the next year and I would win an ARIA for Best Male Artist at the 1996 awards.

I had been knocking around in the far fringes of underworld rock music since 1978.  We got to make all ourmistakes in dark rooms where there were few people. These kids were winning awards with their first single and album. They were teenagers, not allowed to be in pubs.

I think we shared a dressing room with them at the Big Day Out earlier in the year. It was at the Melbourne Showgrounds and our part of the room had a table groaning with sliced fruit and cheese and tubs of beer in cans and wine and vodka. Across the room, they sat with people I presumed to be their parents, a few bags of crisps and some soft drinks.

We were playing in a smaller, enclosed area, not out in the big tents.  They went on before us and there were kids throwing themselves off of the surrounding sheds rooves and others feinting and being carried backstage by roadies and St Johns ambulance people. Some would wake up and see Silverchair and then fall into a swoon again. It was a teen pop event.

We followed them and played a Soft n Sexy set to a wholly different crowd. In retrospect that seems like a good festival shifting of scenes and people through different sounds and times of lives and a day.

Back to the ARIAS. We sat there for as long as it took to take the photo . I dont think we talked.

Then Kimberley Davies, who was then playing an improbable normal suburban Melbourne girl in Neighbours walked into the room. And looked pretty improbably great and no one knew what to say or where to look. 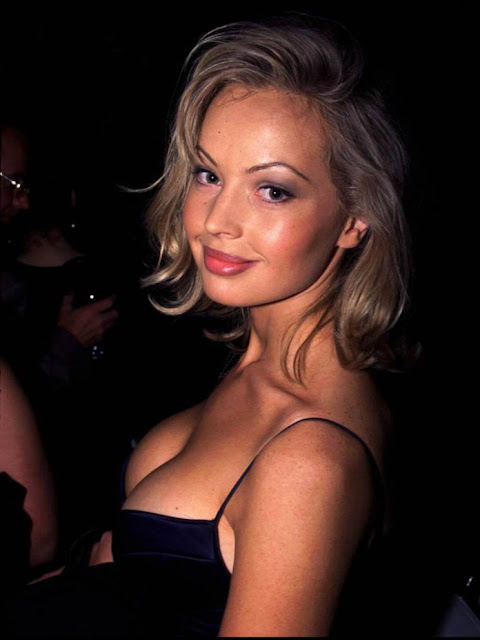 Silverchair closed the show with Tim Rogers playing Radio Birdmans' NEW RACE. It seemed pretty contrived at the time. Rebelliousness and all, organized and choreographed and well lit etc.

Looking back, it looks and sounds pretty good. Daniel Johns really suits that kind of song. Tim Rogers actually looks like Davey Lane, the future (?) lead guitarist of You AM I. It would have been great if Silverchair had've listened to more Saints and Radio Birdman instead of Nirvana or whatever they were hearing then. All that howling, yarling, angsty Yankee music. They should have tuned into some classic punk.

When I won the ARIA award the next year, the "industry" band being groomed and presented was Savage Garden who debuted a single and then won everything the following year.

It would have been an excellent event in 1995. The Cruel Sea won BEST GROUP and You AM I won Best Independent Release. The Seekers got a Lifetime HALL OF FAME type award

This is a clip from the Marryatville Hotel in Adelaide in 1977. Clare Moore is in the crowd here somewhere. (Not the blonde girl dancing up the front, thats Kate Jarrett) I was working at a timber mill in Mt Gambier, having left school the previous year. My mates had gone to Adelaide to go to University and were telling me about this amazing band when I would visit them or they would come home. I never saw them in their historical period. Later in 1996 and then later again in Melbourne in 2017 where we opened for them at the Croxton. I had met Rob Younger a few times and always found him to be such a nice guy. The time previous to this had been when we had both been on a bill with The Blue Oyster Cult in Melbourne. Rob was with his band, The New Christs. Rob brought along Blue Oyster Cult singles and albums for his heroes to sign. I had also seen Rob dealing with his own fans. At a club they had played there was a line of semi drunk, serious guys all hardly able to look at him, each testifying to how Birdman had changed their lives. Rob gave all of them some time and was very patient, kind and generous to all. Respect! I had a good chat with Deniz at the Croxton. I found him to be as perfectly somber, serious and intense as I expected him to be. I was, and remain, a fan.

Dave, you are giving off the vibe of a veteran bush circuit comic or country singer, sitting there with those kids with that larrikin look on your face. I mean that as a compliment.

You never see Kimberley Davies in anything these days. I hope it all worked out well for her.

KImberley came back to Australia for a Neighbours anniversary show about ten years ago. Yes, improbably beautiful actor. Born in the wrong decade?

Thank you Dave, enjoyable read. Write another book, just make it up, we won't know the difference.