Ember Lounge then Hobart then out West then North

We were in NSW and QLD in November and all that beautiful subtropical area was burning. That wasn't really country that should be on fire. A couple of days in the smoke was bad enough for us. People put up with it for months! Adelaide had hills of fire in December and all kinds of smoke enveloped Melbourne in January.
Our most recent run of shows were in Sydney, Central Coast and Canberra and it was like the movie WATERWORLD. Torrential, unceasing rain. We had to load and unload gear in the rain, learning how to do so without ever putting anything on the ground which was more often than not running water. Then getting changed into almost dry clothes again. Thanks so much to everybody who came out it was so heartening! Those shows were with Clare Moore on vibes, percussion and keys, Robin Casinader on keys and myself on electric and acoustic guitars. It was really challenging - and very much so for Robin on a personal level - but also very rewarding.

One of the shows was a PARLOUR gig at a house in the inner West of Sydney and was really great. Always unpredictable situations. This was really like being among old friends. They had everybody dressed up as icons from pop culture of the last 50 years. There was a small vocal PA in the lounge room. Took me a song to find my bearings and away we went.
Kids served food and there was a digital photo booth that send pictures to your phone. 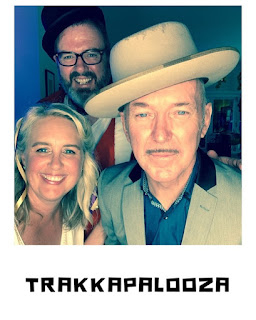 I enjoyed it a lot and am up for some more PARLOUR GIGS. It's a system or portal where you can book artists to come play in your PARLOUR - House - Apartment - Back yard etc. I have  done some  of these with a mic and guitar plugged into my acoustic amp. Thats if its in driving distance from Melbourne. Very flexible! Very do-able!  Click here for more PARLOUR details.

You can also contact us DIRECT and sort out an event. (This would be easier and probably preferred)

This Thursday Feb 20th we play a rare MELBOURNE SHOW with the mistLY at the Ember Lounge (Memo Music Hall) in St Kilda. Clare Moore and Dave Graney duo shows are then scheduled for Hobart on the 22nd and 23rd. Both daytime shows and details are below.

On the 23rd Feb, the ABC will be televising a  SPICKS AND SPECKS 90s special which was filmed in October and for which Dave Graney and the Coral Snakes were involved. 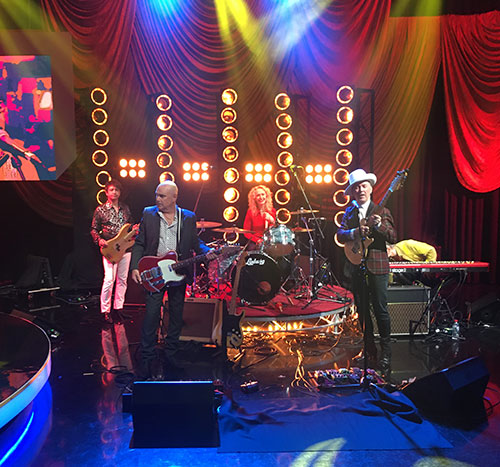 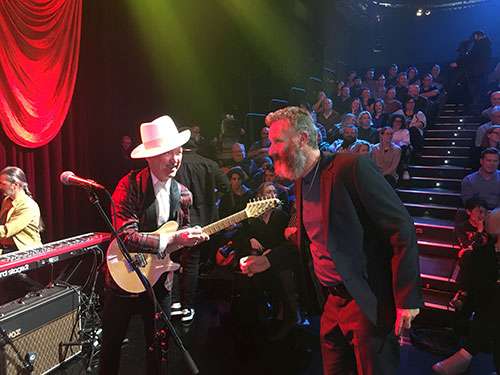 My amp reconfiguration. My Roland GC408 (solid state 80 watts through 4 8" speakers) which I've had for about 13 years and which lay unused because the reverb tank had tanked and my dead Fender M80 red knob. I took the reverb from the Fender and dropped it into the Roland and then rigged the M80 as an extra speaker box. Hey it’s the most beautiful clean reverbed sound. So we are playing two guitars bass and drums MistLY style at the Ember Lounge/memomusichall this Thursday. Looking forward so much to playing raveups with @clarecmoore Stu Thomas and Stuart Perera. The rehearsals were excellent. 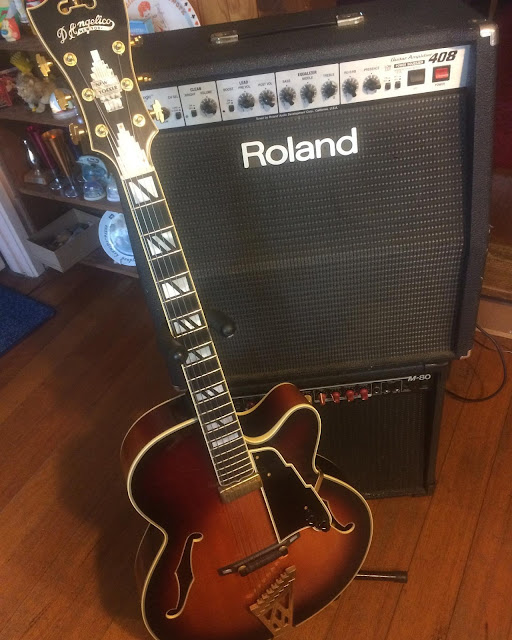 Clare Moore is in  the Routines, a  band created and led by Jane Dust with Emily Jarrett and Will Hindmarsh from Go Go Sapien. Here is a clip called SEX from their debut ep. They play The Esplanade in Melbourne March 6th and the Old Bar March 7th with Adele and the Chandeliers. Adele played in Melbourne recently with Robert Forster (she was in the 2000s reboot of the Go Betweens) and she also played in the Dave Graney Show from 1998-2003

David Eastaugh does a fantastic podcast from the UK called C86 , focusing on indie pop from the eighties. Recently he did an hour with Dave Graney talking about this period and the MOODISTS.

To get the full picture you should really hear the earlier podcast interview on THE MOODISTS that David did with CLARE MOORE.

"Dave Graney and Clare Moore return with a second album for 2019 with the intriguingly titled “One Million Years DC”. The collection of 11 songs is uniquely different to the years earlier offering  Zippa-DeeDoo-What Is/Was That/This? , which was more rock based. Here we return to the cool jazzy pop sounds that were encountered on The Coral Snakes “Soft ‘n’ Sexy Sound” or The Dave Graney Shows “Kiss Tomorrow Goodbye” or  Dave and Clare’s “Hashish and Liquor” and “Keepin’ It Unreal” releases". BOB OSBORNE SALFORD UK PODCASTS AND RADIO

Details about the making of the album here.
A page with all Dave Graney lyrics on the OFFICIAL PAGE

A blog from 2012 where I invented a music genre called SQUELCH.